A former political prisoner who went into exile in the US, Birtukan Mideksa is now centre-stage in Ethiopia as she oversees the country’s first parliamentary election since Prime Minister Abiy Ahmed took office in 2018 on a pledge to end decades of authoritarian rule.

Recommending Ms Birtukan, 47, to the all-important post of chairperson of the electoral board, the new premier described her as someone who would “never surrender, even to the government”.

Many agreed with that sentiment as she had built a reputation for being brave and independent-minded as a lawyer, judge and politician.

Ms Birtukan contested the 2001 parliamentary election as an independent, but lost to the candidate of the ruling coalition, the Ethiopian People’s Revolutionary Democratic Front (EPRDF), conceding that her defeat was due to her “limited popularity” rather than rigging.

She then became a judge, catching the attention of the public a year later when she resisted political interference in the judiciary by ordering the release of former Defence Minister Siye Abraha. His arrest on corruption charges was seen as an attempt to neutralise a formidable rival of then-Prime Minister Meles Zenawi.

“Siyes’ case is the visible one. But they [Ms Birtukan and other judges] all tried to challenge the system invisibly for a while,” said a friend, who spoke on condition of anonymity.

Restless for change, Ms Birtukan moved back into politics, playing a key role in the formation of the Coalition for Unity and Democracy (CUD) to present a united front against the EPRDF in the 2005 parliamentary election, which was widely seen as the most fiercely contested poll in Ethiopia’s history, with the opposition claiming that it had been robbed of victory.

As a senior CUD official, Ms Birtukan was an obvious target for the security forces, and she was among thousands of people detained in the crackdown that followed the election. Almost 200 people were shot by police.

Prosecuted by a friend

An underground network that the CUD had built was crushed, but from prison, its leaders – including Ms Birtukan – rebuilt it, calling it the Kinjit International Council (KIC), to mobilise support for the campaign for democracy.

“They usually discussed and took decisions on the way to court,” said a friend of Ms Birtukan, who preferred to remain anonymous.

In 2006, Ms Birtukan was among a large number of detainees – including current Ethiopian Human Rights Commission chairman Daniel Bekele – who were charged with various offences, including treason.

To their shock, one of the prosecutors turned out to be Shimels Kemal – a friend of Ms Birtukan and a housemate of Mr Daniel – who asked the judge to sentence them to death.

“The scene was so dramatic,” a colleague, who knew them, recalled in an interview with BBC Amharic.

“Shimels doesn’t let things go easily. He mixes politics with personal. He felt betrayed when his friends chose another line of ideology.”

The judge rejected the prosecutor’s request, and imposed a life sentence instead. 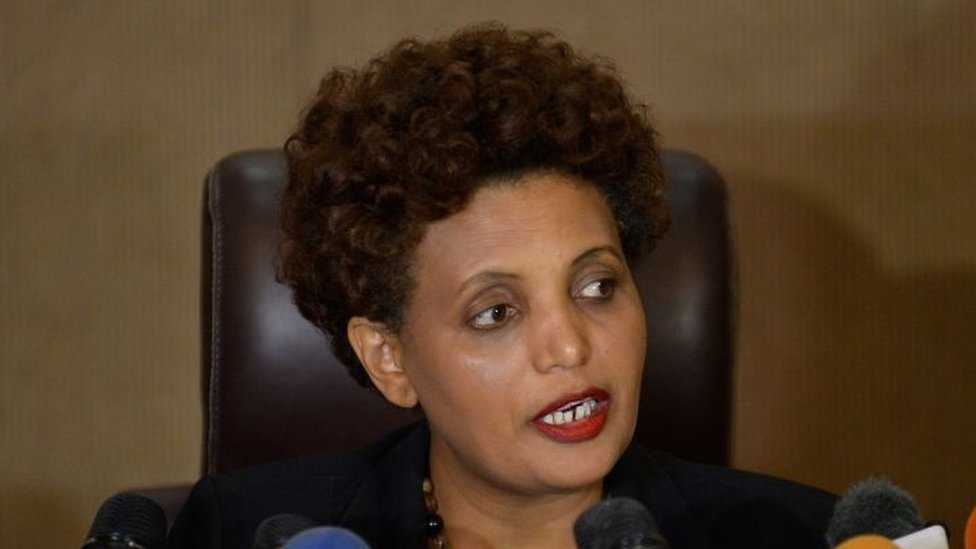 What her name means:

Forced to leave her little daughter in the care of her elderly mother, Ms Birtukan began serving her sentence at the notorious Kaliti prison, where she acted as a peacemaker between rival CUD factions after major differences emerged within their ranks.

“She didn’t solve the problem but they then rebuilt an underground network from scratch, successfully,” said Ms Birtukan’s friend.

In jail, she was one of the prisoners who entered into talks with a panel of elders who brokered a deal between them and the government.

This led to her release in 2007 after 18 months in jail, with Ms Birtukan being among those who signed a document regretting “mistakes” and asking Prime Minister Meles for a pardon.

The decision caused controversy in opposition circles, and she tried to play down the significance of the document in a speech she gave during a visit abroad.

Then-police chief Wokneh Gebeyehu – now the executive secretary of the regional body Igad – ordered her to apologise, accusing her of breaching the conditions of her pardon.

Ms Birtukan refused, and during the Christmas period in 2008, she was sent back to prison to serve the rest of her life sentence.

In an article published in Ethiopia’s Addis Neger newspaper shortly before her re-arrest, she wrote: “Maybe this is my last word,” and in a significant comment amid the controversy over her decision to seek a pardon, she wrote: “I signed on that document. This is a fact that I can’t change, even if I want to.”

Her new prison conditions were harsher, and she was kept in solidarity confinement for two months, when she was denied the right to even see her daughter.

Exile in the US

This increased public sympathy for her, with Amnesty International calling her a prisoner of conscience and South Africa’s Mail & Guardian newspaper describing her as Ethiopia’s most famous political prisoner.

In October 2010, Ms Birtukan was again freed after negotiating another pardon.

Following her release, she and her daughter went into exile in the US, where she studied at the Harvard Kennedy School and later worked for the National Endowment for Democracy (NED), a US agency which says it supports democracy around the world.

She returned to Ethiopia after Mr Abiy took power, promising to end years of repression.

But the euphoria around her appointment has to some extent faded.

After repeated delays, the poll is now taking place on Monday, although some major opposition parties are boycotting it, saying conditions for a free and fair poll do not exist.

Among Ms Birtukan’s critics is Professor Merera Gudina, who has known her for 21 years. He heads the Oromo Federalist Congress (OFC), which is boycotting the election.

“We had not seen illegal polling stations or an inability to register a candidate at their constituency during the previous elections,” he said.

With the OFC and another party boycotting the poll in Oromia, war in the northern Tigray region and a postponement in parts of the Somali region, “the election is mainly in Amhara region and in [the capital] Addis Ababa”, he added.

“The problems are not the making of the [election] board or the government. Political parties have the responsibility of doing what democracy requires – a disciplined discourse – not using arms to topple the government.”

Ms Birtukan herself has sought to manage expectations over the elections. In a letter to the US Senate in May, she warned “shortfalls are inevitable given factors such as… a nascent democratic culture and an increasingly charged political and security environment”.

Anti-Asian violence: ‘He slashed me from cheek-to-cheek’