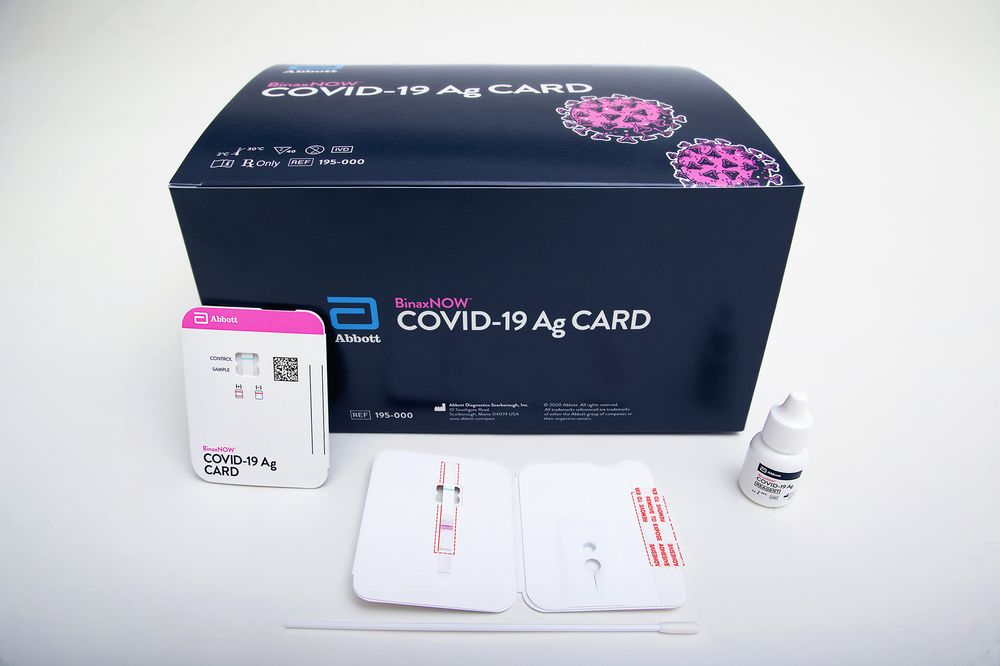 Shortly after Abbott completed its delivery of 150 million rapid antigen tests to the federal government for widespread distribution against the COVID-19 pandemic, researchers at the Centers for Disease Control and Prevention (CDC) published a study saying the card-based diagnostic may fail to catch about two-thirds of asymptomatic cases.

Conducted alongside local health officials for Arizona’s Pima County, which surrounds the city of Tucson, the study collected pairs of samples from each of over 3,400 adults and adolescents. One swab was tested using Abbott’s BinaxNOW test, while the other was processed using a PCR-based molecular test.

Among those who did test positive, the researchers found the antigen test correctly spotted 35.8% of COVID-19 infections among people who did not report any symptoms, and 64.2% among those who said they had felt sick within the previous two weeks.

However, as Abbott pointed out in a statement, the test performed much better at finding people with the most potential to be contagious and spread the disease—or those whose samples contained live, culturable virus.

“BinaxNOW is great at finding infectious people,” the company said, pointing to the subset of positive participants, where the test identified 78.6% of people with culturable virus but no symptoms and 92.6% of people who were symptomatic.

The immunoassay test is contained entirely on a paper booklet the size of a credit card, with swabs inserted and mixed with drops from a reagent bottle. A series of colored lines emerge to deliver a positive, negative or invalid result.

The CDC study found the BinaxNOW test was also more accurate, with a sensitivity of 71.1% among symptomatic participants who reported signs of the disease within the previous seven days, which is one of the test’s authorized uses according to the FDA. Abbott’s own clinical data, meanwhile, showed 84.6% sensitivity in the same group.

“Equally as important, these data show that if a patient has no symptoms and they have a negative result, BinaxNOW will give the right answer 96.9% of the time,” the company said, referring to the test’s measure of specificity.

The CDC agreed with that assessment, saying rapid antigen tests with low rates of false-positive results—despite their limitations compared to laboratory-run PCR tests—are still an important screening tool due to their ease of use, quick turnaround time and lower cost to produce and run.

“Persons who know their positive test result within 15-30 minutes can isolate sooner, and contact tracing can be initiated sooner and be more effective than if a test result is returned days later,” the researchers said. “The faster turnaround time of the antigen test can help limit transmission by more rapidly identifying infectious persons for isolation, particularly when used as a component of serial testing strategies.”