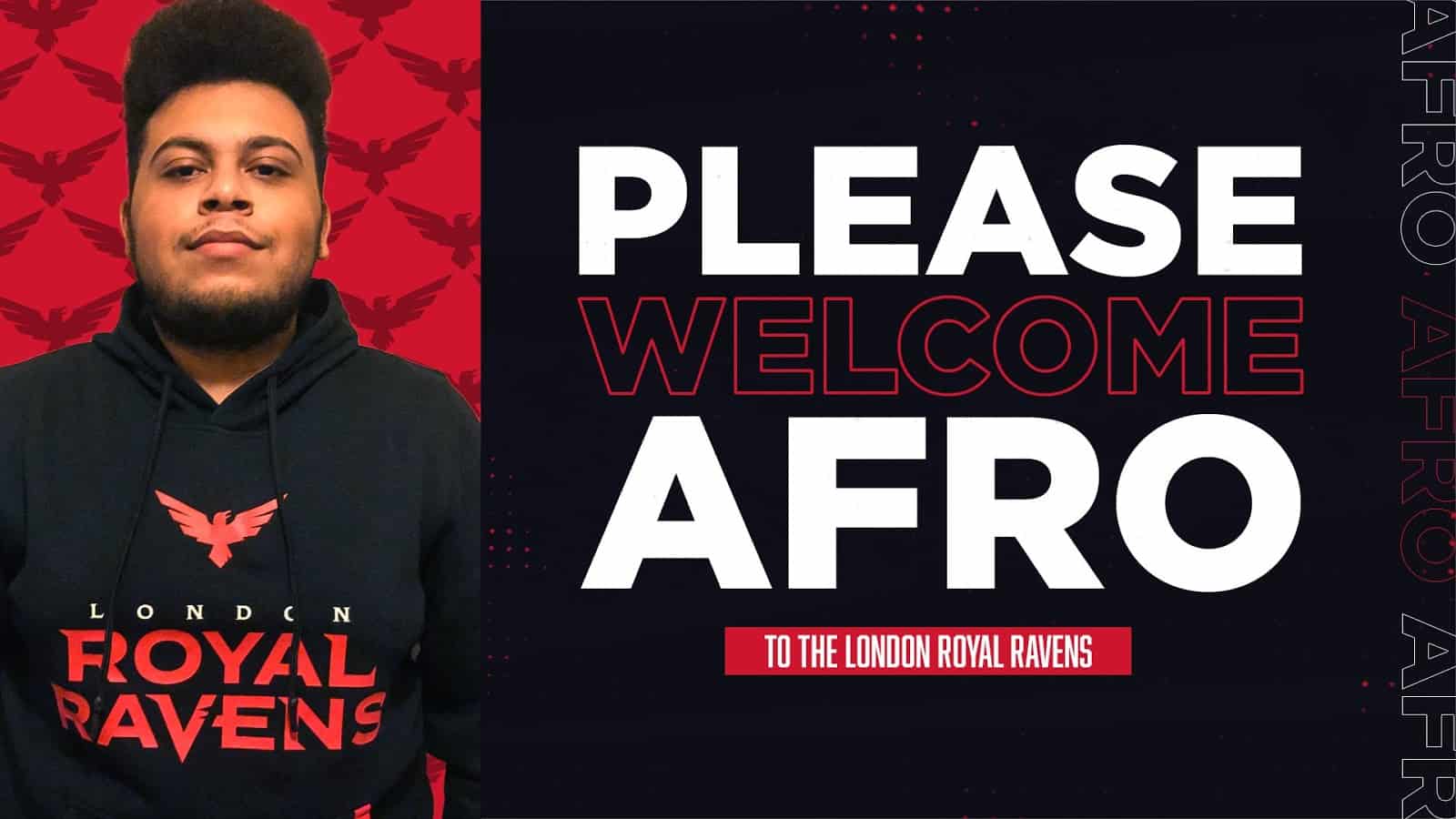 The European prodigy joins his home team for the 2021 season.

The London Royal Ravens are the latest teams to announce a substitute for the 2021 Call of Duty League season. European prodigy, Marcus “Afro” Reid joins his home team for the season, being yet another amateur to find his way onto a CDL roster.

Afro is a 19 year old brit who began his competitive Call of Duty career in the 2019, Black Ops 4 season. Following this, he began to make a name for himself in the 2020 Modern Warfare season, first teaming on Team 3G. After teaming on multiple rosters with players such as BBConor, Disarray, and LewTee, Afro found home with Team WaR.

On Team WaR, Afro won seven Challengers Cups, including in Challengers Finals. This year in the Black Ops Cold War season, Afro has competed under House Tarth. The roster of Afro, Peatie, Defrag and Gismo have excelled, winning two of the four Challengers Cups so far.

Afro joins a Royal Ravens roster who are looking to improve on a 4th place finish at the 2020 champs. With Zer0 seemingly stuck in the UK, they have just a month to get him out ready for the season.

Google Won’t Support Stadia for the New Chromecast Until 2021

BP to Invest $1.1 Billion for Offshore Wind Projects in a Deal with Equinor