Hundreds of thousands of Sydney residents have been told to stay home after a new outbreak of coronavirus ended a two-week run of no local cases.

Australian officials are scrambling to trace the source of the infection, after finding 28 cases across the city’s Northern Beaches region.

The New South Wales (NSW) government has urged all locals to wear masks in public areas and to be on “high alert”.

Residents now face curbs on travel to the country’s other states.

The new cluster has sparked national concern and cast uncertainty over many Australians’ plans for a relatively normal Christmas.

Prior to Wednesday, the country had recorded just one locally acquired case in the past fortnight.

What have Sydneysiders been told to do?

About 250,000 people live in Sydney’s Northern Beaches – they have been asked to stay home until Monday and to get tested if they have symptoms.

Others have been told to avoid the area, and to use a mask when on public transport and in public spaces like supermarkets and churches.

Unlike in Melbourne, mask-wearing has not been a common practice in Sydney in recent months due to low rates of infection.

But NSW Premier Gladys Berejiklian urged the city’s five million residents to be “extra Covid-safe” and to reconsider their social activities and movements.

“If we get on top of this in the next two or three days, all of us will have a much better Christmas,” she told reporters on Friday.

“But if we don’t… it could mean further restrictions down the track,” she added.

She said that constituted a “proportional” response for now, but added: “I don’t want to underestimate how serious the current outbreak is.”

What is happening elsewhere?

In recent months, authorities nationally have lifted most restrictions on daily life and reopened internal borders as Australia beat its second wave – which was centred in Melbourne.

But in response to Sydney’s outbreak, several states have begun reinstating bans or quarantine restrictions on travellers from the Northern Beaches region.

Western Australia also announced an even broader two-week quarantine order for all those arriving from NSW. 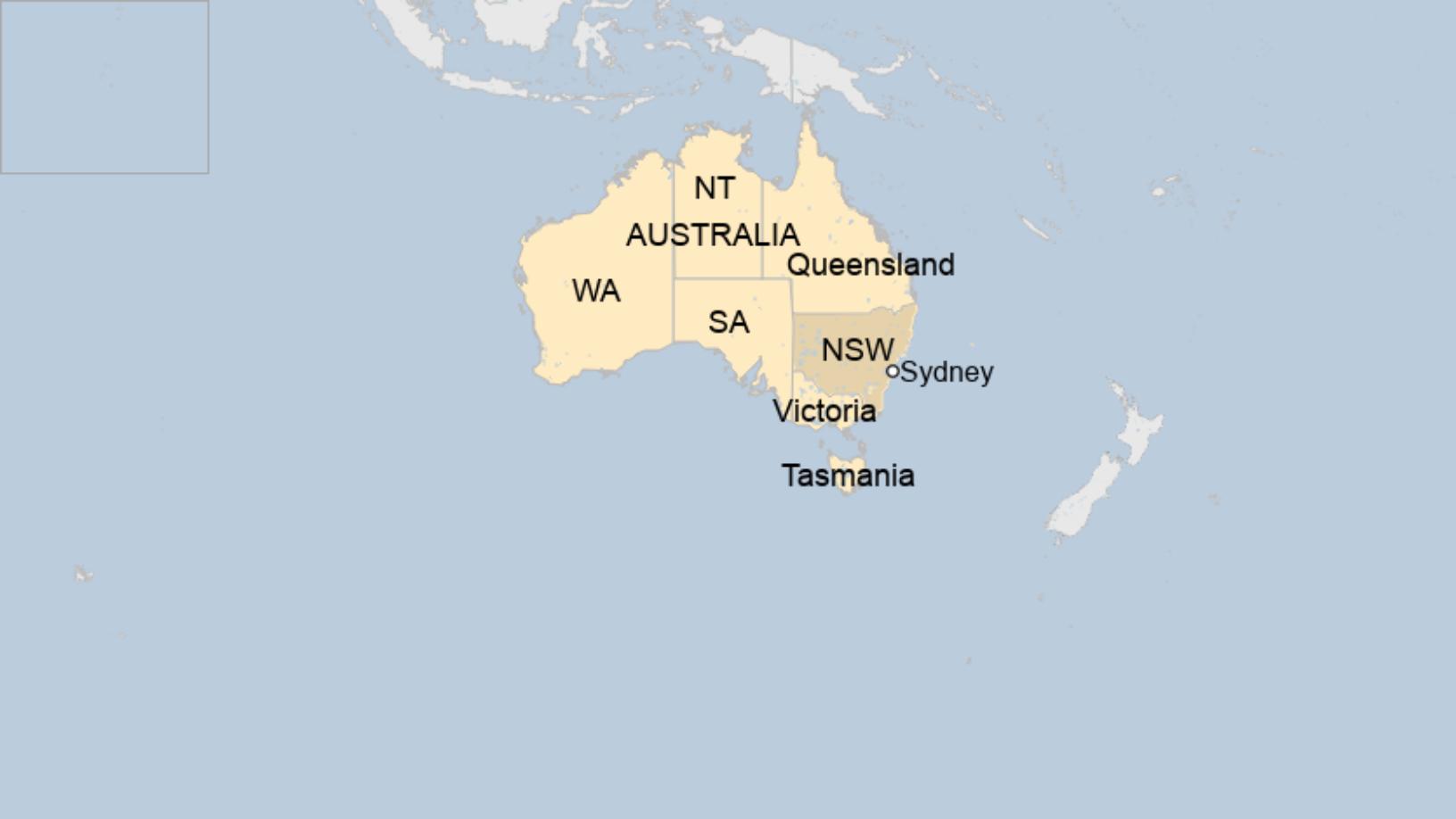 NSW Health Minister Brad Hazzard said he had seen an “avalanche” of complacency in Sydney in recent weeks.

“This cluster serves as a timely reminder to all of that we are still in the middle of a worldwide Covid pandemic,” he said.

Where did the outbreak come from?

Tests have shown that the Northern Beaches outbreak is similar to a strain of Covid-19 found recently in quarantined travellers, state officials said.

But authorities still do not know how it got into the community.

They said it had spread after one couple failed to isolate at home while awaiting Covid test results.

Their December 11 visit to a popular lawn bowls club and pub in the Northern Beaches suburb of Avalon has now been identified as the “super spreader” event.

However it’s unclear how the couple – who hadn’t travelled overseas – became infected.

A steel moveable bridge at the Spit, a large sandbar, connects Sydney’s Northern Beaches to central parts of the city. It’s a towering symbol of separateness that many locals on the so-called “insular peninsula” appreciate.

But an alarming Covid-19 cluster has turned the tables on one of Sydney’s most popular, but often parochial, seaside playgrounds.

More than 250,000 residents have been told to stay at home and avoid non-essential travel for at three least days, and possibly more.

For now, they are not welcome in other parts of Australia. All states and territories have brought in emergency border controls for travellers from the Northern Beaches, which includes Manly and Palm Beach, where the long-running soap opera Home and Away is filmed.

Christmas holiday plans have been ruined. It’s a reminder to Australians that the fight against the virus is far from over.

Since Australia closed its borders in March, its outbreaks have largely begun with breaches in its hotel quarantine system for returned international travellers. Typically, these have involved workers in those locations unknowingly spreading the virus.

Such instances led to Australia’s biggest outbreak in Melbourne, and a quickly-contained outbreak in Adelaide.

Overall Australia has recorded 908 deaths and just over 28,000 infections since the pandemic began – far fewer than many nations.

It has been praised for responding quickly to the pandemic with border shutdowns, lockdown measures and aggressive contract-tracing efforts. Some failures, however, have been blamed for deaths.