Covid-19 has shaken the world, with more than 2.5 million deaths and 115 million cases confirmed. BBC Panorama’s Jane Corbin has scoured the globe to find the best examples of strategies for combating the virus.

I have reported on Covid for the past year – now my mission was to find out from global leaders and senior health officials across four continents what their priorities were in tackling the virus.

What has emerged strongly for me are four key areas which have been most effective in containing the spread of the virus and preventing deaths.

No-one can claim to have got everything right. But the steps listed below highlight some policies from around the world that have proved effective. Piece them together and you have the blueprint for a “pandemic playbook” – a manual for managing future infectious disease outbreaks.

Stanley Park lives in Seoul, South Korea. When he went to pick up his daughter, Joo Yeon, from the airport, he greeted her not with a hug but with a mask and a bottle of sanitising spray.

For Stanley, this isn’t his first experience of a pandemic. He remembers the devastation and fear that the Mers outbreak brought to east Asia in 2015.

It’s an experience his country has learned from, with the government making 48 reforms to bolster public-health emergency preparedness and response. These have paid off. When coronavirus hit, officials were able to flatten the epidemic curve quickly, without closing businesses or implementing stricter stay-at-home restrictions nationally. 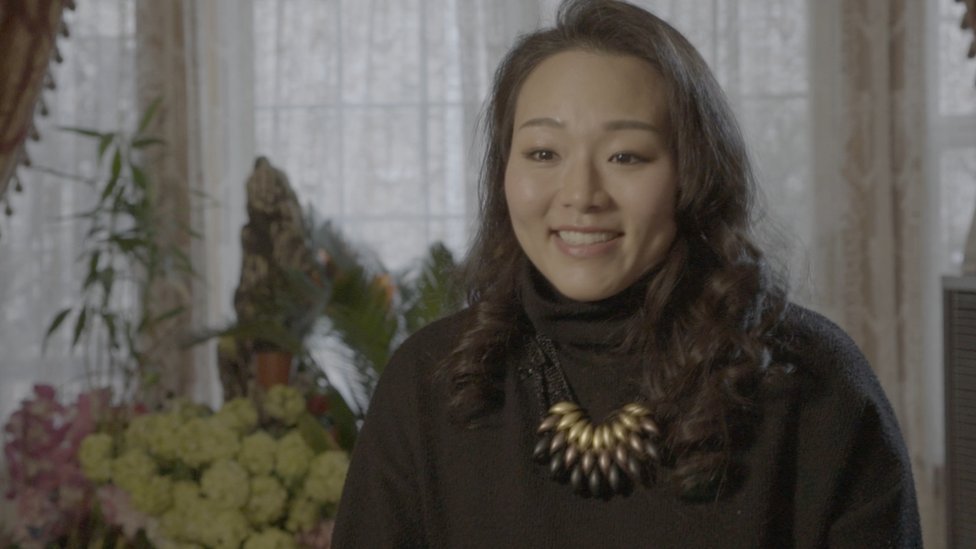 I didn’t even go to the garden, just in case

After her arrival from Atlanta, Joo Yeon completed a strict two-week quarantine at her parents’ house, downloaded an app that tracks her movements and received six check-up calls from the authorities. She took her quarantine so seriously that she “didn’t even go to the garden, just in case”.

“It’s very challenging at the moment, I have no idea if the patients I see have coronavirus or not,” David Hodges, a GP from north-east England, told Panorama in March 2020. “We might have hundreds of cases we’re missing.”

As cases soared ahead of the first lockdown in late March, and with resources stretched, the UK government, which had been conducting contact tracing until this point, stopped testing in the community. It had the capacity to test only in hospitals. The government’s formal test-and-trace programme was launched in May.

Most countries in east Asia started contact tracing in January. In South Korea, hospitals like Yangji, in the Gwan-Ak district of Seoul, were designated to handle Covid from testing to treatment. Here, people don’t even need to enter the building – they’re tested at arm’s-length in a special fully-sealed booth. The hospital processes all its own tests on site and the results are usually available within four or five hours. In the UK it can take a day or more.

Down the road from the hospital, a track-and-trace team follows up on every suspected case. The team can be forensic with the detail and has access to credit card and mobile phone data. It monitors CCTV throughout the district, sending teams out into the community to scour the streets when it sees something that concerns it.

Prime Minister Chung Sye-kyun took personal charge of the situation before the country even had a confirmed case of Covid, giving priority to the three Ts – test, track and trace.

The UK government says the testing system has continued to evolve and it is doing everything it can to improve it.

“Making people stay at home is the main reason we’ve been able to contain Covid,” says Usha Kumari, a community health worker in Kerala, India. Usha is one of 30,000 accredited social-health activists, known as Asha workers.

Usha’s role has been to ensure everyone who needs to self-isolate in her patch does so. She gets their shopping, collects their medicine and anything they might need, so that they don’t leave their homes.

The support for those isolating doesn’t end there. Community kitchens have been supplying up to 600 free meals to people self-isolating at home or in hospital each day and mental-health services have been offered since the start of the pandemic. 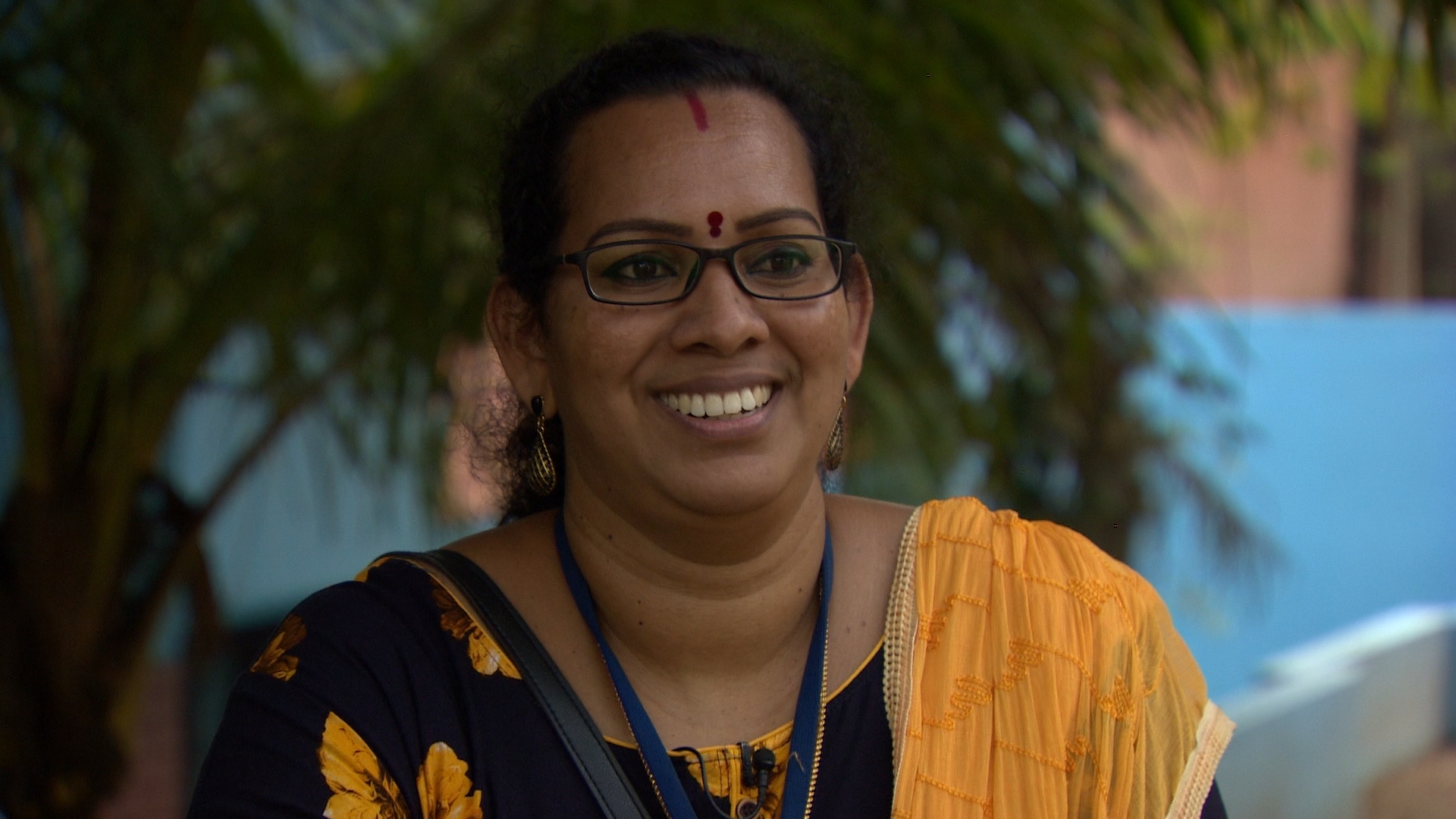 Financial aid has been provided and, in some cases, bills were temporarily frozen. In the UK it wasn’t until September that a payment of £500 was offered to those self-isolating. However, in the first four months of the UK scheme, two-thirds of applicants were rejected. According to a Scientific Advice Group for Emergencies report released in September, less than 20% of people in the UK who were required to self-isolate, fully quarantined.

Kerala’s health minister KK Shailaja learned important lessons three years ago dealing with the deadly Nipah virus and has applied those lessons to tackling Covid. She insists that by ensuring support for those self-isolating, officials were able to control the spread and keep its hospitals from being overwhelmed.

With a population of 35 million, Kerala went from having the highest number of cases in India in March 2020 to having among the lowest Covid-19 death rates in the world.

At the start of April, GP Lisa Federle began testing in care homes in the ancient town of Tübingen, in the Baden Württemberg state of Germany, to keep the virus out and to allow visitors.

The town’s mayor, Boris Palmer, thought “we have to build up a special protection shield for the people who carry the highest risk”. He had seen the impact of the virus in Italy and Spain on the older demographic. “These are the elderly people, so we need special protection for them.”

Mr Palmer used his local budget to prioritise care and support for the town’s elderly population, including a subsidised taxi service, free masks delivered to homes and special shopping hours.

Unlike the UK, where London, Edinburgh, Cardiff and Belfast made all the major decisions, Germany, with its federal system, allowed each of its states to decide locally how to respond to the virus. The elderly have been among the largest casualties of the pandemic – and, particularly in Europe, those living in care homes.

Although visitors were banned in UK care homes right at the start, there was criticism that testing was slow. It wasn’t until 15 April that it was announced by the UK government that all people discharged from hospitals into care homes needed to have a test. By July, at least 20,000 care-home residents in England and Wales had died from Covid-19 since the start of the outbreak, according to the Office for National Statistics.

“When it comes to nursing homes, they’re a vulnerable group and that should not have been a surprise,” says Prof Dale Fisher, an expert in infectious diseases who was sent to the epicentre of the outbreak in Wuhan, China, in February 2020.

“I think it’s been obvious where in the world nursing homes weren’t given attention, the death tolls there were significant.”

More than 26 million people in the UK have received at least one dose of a coronavirus vaccine – part of the biggest inoculation programme the country has ever launched. While well behind world leader Israel, which has so far fully inoculated more than half its population, the UK has had extraordinary success with its vaccine programme.

The UK’s success is largely down to a tremendous effort in planning. The Department of Health and Social Care began planning a mass vaccination programme before there was even confirmation of the first Covid-19 case in the UK. In the summer, the government signed a contract for 100 million doses of the Oxford-AstraZeneca vaccine and 30 million doses of the Pfizer-BioNTech vaccine.

No vaccine data available. In some cases there may be a delay between announcements of vaccine programmes getting underway and data on doses delivered becoming available.

It’s a different story in Europe – planning started later and the rollout has been slow. Only 8% of people in Europe have received a vaccine so far compared with 36% in the UK. The UK’s vaccine deals were struck three months before the EU’s.

The situation is worse across the developing world. While nearly all of Europe and the Americas have begun vaccination campaigns, only a handful of African countries have.

In South Africa’s Cape Town, Michael Kuta is one of the many people in the townships who volunteered to take part in a trial run by Dr Linda Gail-Bekker for the Johnson & Johnson vaccine. Michael doesn’t know whether he has received the vaccine or a placebo, but he says, for him, its worth it. “It’s the only chance that I have to get the injection for the pandemic. To live,” he says. “My family still need me.”

Many poorer countries are relying on deliveries from Covax, a scheme led by Gavi, the Vaccine Alliance, which aims to ensure access for all to Covid vaccines. The UK is one of the largest contributors, donating nearly £500m. South Africa has signed up to the initiative.

However, a vaccination strategy must be an international effort. In countries where access to a vaccine is limited, the virus has an opportunity to mutate – as it has in South Africa and Brazil – creating new variants that are more transmissible, which can spread abroad. Scientists fear they could be more resistant to existing vaccines and therefore threaten countries that have had a successful rollout.

The UK government says there’ll be opportunities to look back, analyse and reflect. There will be an independent inquiry – at the appropriate time. But for now it is focused entirely on the pandemic, which has challenged health systems across the world.

As work continues to distribute the vaccine globally, it appears we have finally turned a corner in our fight against the Covid-19 pandemic.

Prof Dale Fisher says we cannot risk not learning the lessons of the last 12 months.

“We’ve been hit hard and paid a hefty price. One of the worst things we can do is when this is over, we just go back to normal. If you don’t learn from it, then history will repeat itself.”

Trump’s doctor: What’s behind the confusion and contradiction

Trump says he is doing well, but next couple of days the ‘real test’