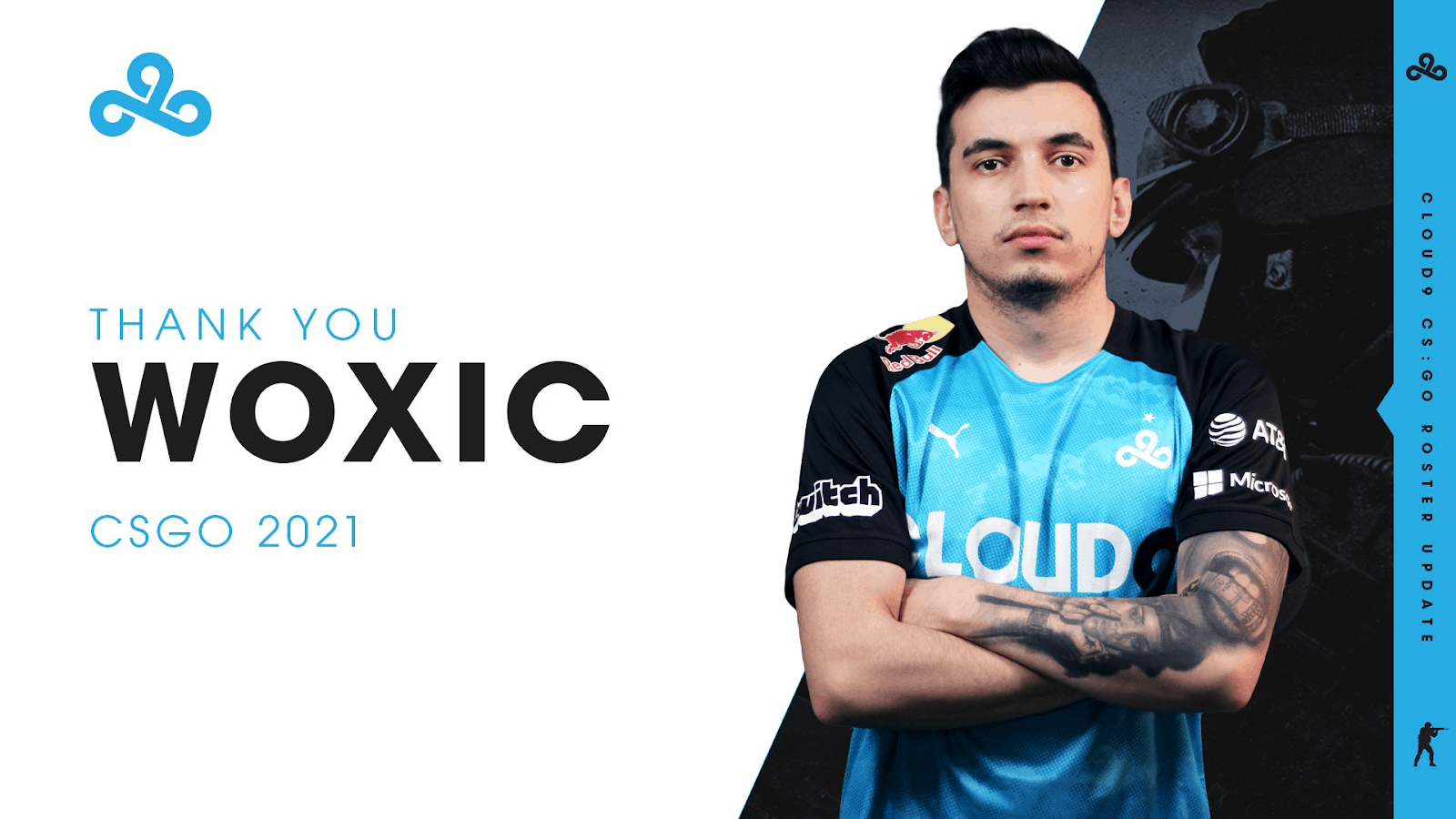 Woxic is moving on from C9, leaving the roster down two members.

Özgür “woxic” Eker has departed Cloud9 after playing four events under their banner. The Turkish sniper was released from his contract by mutual agreement with Cloud9 three months after his transfer from mousesports.

In his final statement, Henry “HenryG” Greer said that the team was unable to overcome various challenges that affected woxic’s performance, including unreliable high ping. Additionally, Greer stated that it was the decision of the team as “allowing this to continue wouldn’t have been in the best interest of the squad in the long run”.

The contract between C9 and Eker was terminated on January 14 and woxic is free to explore any options from now on without the pressure of the bench. HenryG promises to reveal more information regarding the status of the C9’s roster during this week.

Alyssa Hoffman Takes Your Business from Good to Great