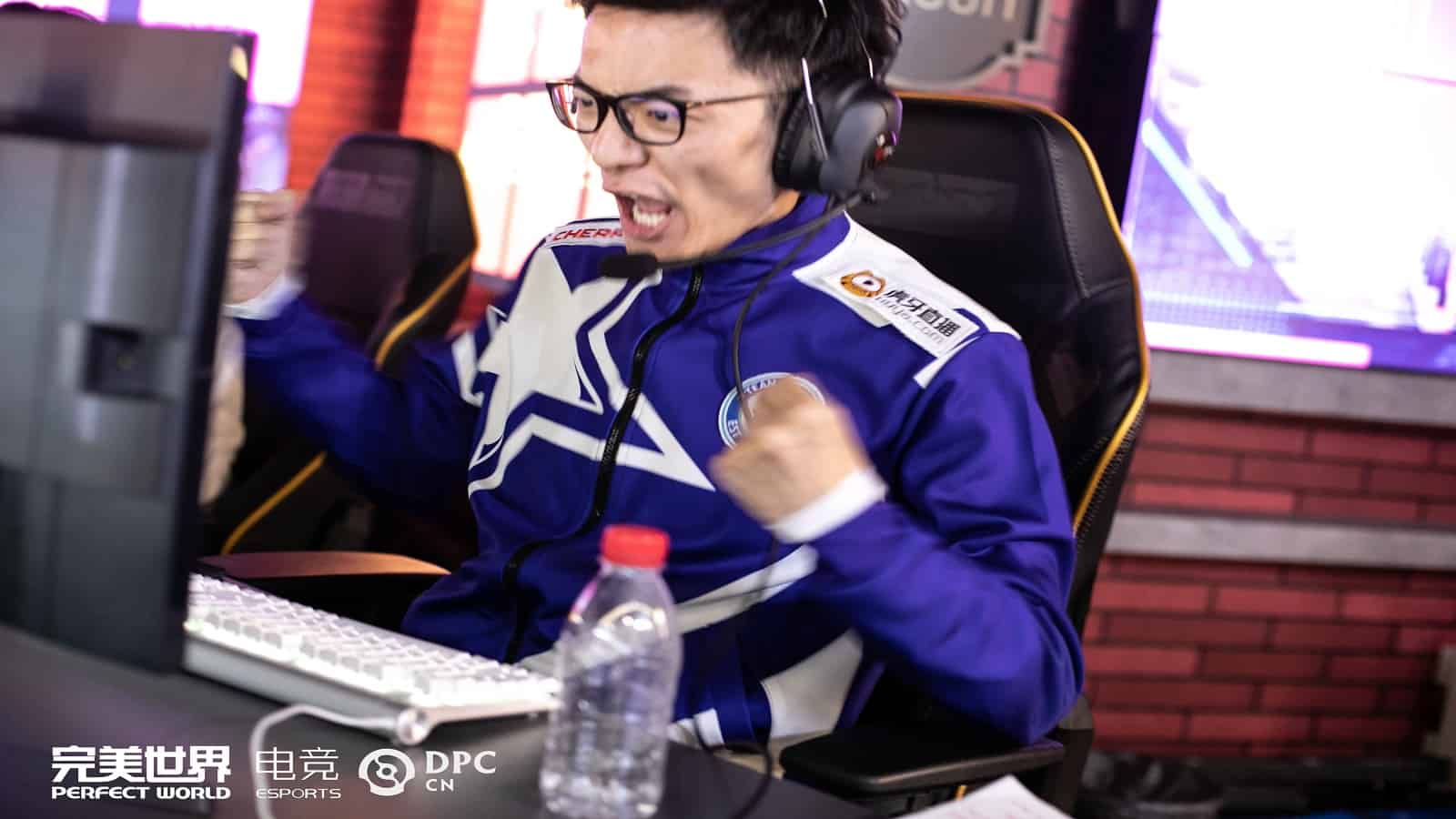 Week One of the DPC is a wrap for China, we take a look at how the games went down.

As the only region with the ability to host LAN events, Perfect World have really gone all out with their production for this first season of the DPC in China. Creating an entire “Dota 2 City” as a backdrop for the season.

We will have more details about DPC CN coming next! Plus, the CN region will be the only LAN event among all regions. Welcome to this Dire Street in DOTA 2 city! #dpc #dota2 pic.twitter.com/ebLAKxBSVB

The first week’s series were pretty impressive too. We take a look at how things played out.

CDEC Gaming showed they’ve got the teeth to make it to the Major with their Week One performance. They gave it their all during their first game against Xtreme, one of our two 3-game series in the Lower Division this week.
Their next match-up against Dragon was a much cleaner 2-0 sweep.

Dragon had a tough week all round, losing out in their second series against Royal Never Give Up’s fresh roster. RNG made it look easy, knocking out Game Two in just 26-minutes to lock in the win.

But RNG weren’t looking so sharp earlier in the week when they faced off against Sparking Arrow Gaming. They lost that series 0-2, and Sparking Arrow took home the victory in their only Week One match.

With teams like Vici, EHOME, Aster and PSG.LGD all facing off against one another – China’s Season 1 Upper Division certainly showcases the cream of the regions crop.  Throw in wildcards like Elephant and Invictus Gaming, and you’ve got yourself a wild first week of Dota.

DPL-CDA Professional League champs EHOME found themselves a nice easy run, with a 2-0 victory over Team MagMa. Vici Gaming also breezed through their first series against LZBS, who are off to a troubled start to the Season. They also lost to PSG.LGD in their second series this week.

One of the bigger surprises this week was Invictus Gaming’s victory over Elephant in another vicious three game series. Despite Elephant’s titan line-up of Somnus, Eurus and fy, Invictus managed to take the series 2-1. This was definitely a match-up to watch.

PSG.LGD also drew the two series straw in Week One of our round robins; and their second series against Aster proved to be a tougher slog than their earlier skirmish with LZBS.

And It’s impossible not to highlight it after the epic hold-out on the part of PSG.LGD.

Aster dominated Game One, with Monet’s Wraith King wracking up a mammoth 41k net worth. LGD brought it back for Game Two, securing themselves the gold lead in the mid-game and striding on to a 17-kill game win.
But Game Three proved to another problem, with Team Aster punishing and pummelling LGD for over 70-minutes.

There can be no denying Aster were at their prime during this match-up. If they can carry this momentum through the season, they’ll be a shoe-in for the Major.

An Interview with Dr. Tim Shu, Founder of VETCBD

Harnessing the power of a digital assistant to accelerate patient access

G2 were the kings of ‘Valorant’ in Europe. What happened?