Italy’s president has asked the former head of the European Central Bank, Mario Draghi, to form a new government after the previous coalition collapsed.

Mr Draghi will now have to put forward an administration that leaders support.

He was summoned to Rome’s historic Quirinale Palace on Wednesday by President Mattarella, who gave Mr Draghi a mandate and said he hoped he would break the parliamentary stalemate.

What has Draghi said?

In a brief statement after accepting the challenge, Mr Draghi said Italy was facing a “difficult moment” and that it was time for unity. “I am confident that in talks with parliamentary and other groups, we will find unity and the ability to find a responsible solution.” 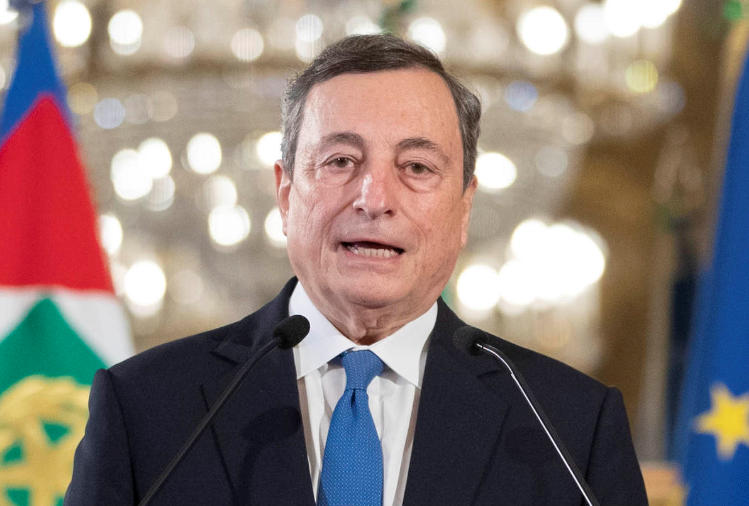 We have the extraordinary resources of the EU at our disposal, we have the opportunity to operate with a careful eye on future generations

Italy’s financial markets welcomed the news that the country’s star technocrat had been brought in, with the Milan stock market up almost 3%. On paper, Mr Draghi has impeccable credentials, BBC Rome correspondent Mark Lowen reports.

Political parties have been divided over how to spend €222bn (£195bn; $267bn) of EU Covid recovery funds, amid a pandemic in which nearly 90,000 Italians have died – the sixth highest death toll in the world.

However, Italy’s anti-establishment Five Star Movement (M5S), which has been in government since 2018, has already said that it will not back a government led by Mr Draghi.

Who is Mario Draghi?

Sometimes referred to as “Super Mario” – after the hero Italian character in a Nintendo video game – Mr Draghi steered the eurozone through the financial crisis during his eight years as president of the European Central Bank (ECB).

Some analysts and commentators credit him with saving both the eurozone and the euro currency.

The eurozone financial crisis was already a serious problem when Mr Draghi took office at the ECB in November 2011. At its height, the crisis raised concerns that the eurozone could break up altogether.

Mr Draghi responded by promising to do “whatever it takes to preserve the euro”, calling for “urgent action” to implement a substantial bailout fund.

His call for governments to come together and play their role in tackling the debt crisis collectively was initially met with resistance from Germany, but it eventually paid off.

Economies began to grow and subsequently no country left the eurozone.

In his statement on Wednesday he said the challenges Italy now faced were “beating the pandemic, completing the vaccination campaign, offering answers to everyday challenges and getting the country back on track”.

“Mario Draghi was the Italian who saved Europe, and I think now he is the European who can save Italy,” former Prime Minister Matteo Renzi told the BBC’s Newshour programme.

Why did Italy’s government collapse?

Italian Prime Minister Giuseppe Conte, a technocrat like Mr Draghi, resigned last week after losing his Senate majority – which restricted his ability to perform government business – and failing to form a new coalition.

The political turmoil came about when former PM Matteo Renzi pulled his small, liberal Italia Viva party out of the centrist coalition government over Mr Conte’s plans for spending EU recovery funds on the coronavirus crisis. He said he would only return if Mr Conte accepted a list of demands.

Mr Conte then won a vote of confidence in the lower house, the Chamber of Deputies, but he then scraped through a Senate vote without an absolute majority. He said he hoped his resignation would result in the creation of a stronger coalition government.

He had previously led two very different, successive coalition governments from 2018. For 15 months he headed a coalition between M5S and the far-right League, until its leader Matteo Salvini pulled out in a failed bid to force elections. Mr Conte then led a four-party, centre-left coalition dominated by M5S and the Democratic Party (PD).

Mr Renzi said there was now a good opportunity for Italy to find a new direction. “In a time of difficulty, that is the period in which we are to risk change, to invest in the future – if we’re not now able to change strategy, we risk also destroying [Italy] post-pandemic.”

The girl who picked up an AK47 to defend her family