“The thing about Mario Draghi is that when he ran up the pitch, he would always pass the ball – he was generous like that,” reflects Staffan de Mistura, a UN diplomat and school friend of Italy’s likely next prime minister.

“Mario was a team player. Not the best footballer we had but a good one – and he always had a strategy, he knew which way to turn.”

Collaboration and a clear sense of direction: exactly the qualities Italy’s star economist will need once again as he aims for the goal of leading this country through its deepest economic crisis since World War Two amidst a pandemic that has killed more than 90,000 Italians.

It is the culmination of a glittering career for a man whom colleagues and friends describe as “serious” and “reliable”.

Born in 1947 to a well-off Roman family, Mario Draghi came of age early: he was 15 when his father, a manager at the Bank of Italy, died. He lost his mother, a pharmacist, soon after.

“I remember at 16 when I came back from a holiday on the seaside with a friend,” he later said, “and he could do whatever he wanted while I was at home with a pile of letters to attend to and bills to pay.”

But at school, he remained focused and studious. There was little sign of the personal trauma he was facing, says Staffan de Mistura, who most recently served as United Nations Special Envoy for Syria. The Jesuit school they attended instilled in him a sense of social duty, he says: a desire to give back to society, which characterised Mr Draghi’s career.

‘Strong supporter of the European project’

After an economics degree at Rome’s La Sapienza University and a PhD at Massachusetts Institute of Technology, the young economist taught at universities in Italy before, in 1991, he was appointed director general of the Italian Treasury.

There, among other tasks, he worked on negotiating Italy’s membership of the single currency. On the same committee was Yannis Stournaras, who was working on Greece’s membership.

“Mario showed technical expertise – but also flair,” recalls Mr Stournaras, who became Greek finance minister at the height of the country’s debt crisis in 2012 and is now Governor of the Bank of Greece.

“Our two countries had lots of problems but he was a strong negotiator for Italy and a strong supporter of the European project. It was obvious he would go much further.”

The prediction was right.

After a spell as a vice-chairman at Goldman Sachs, Mario Draghi was appointed governor of the Bank of Italy in 2006, and then in 2011 president of the European Central Bank – where he dealt frequently with Yannis Stournaras. Greece was on the brink of defaulting on its massive bailouts and potentially being forced to leave the eurozone.

“Mario was not the one in favour of excessive austerity,” says Mr Stournaras, “he was more focused on structural reforms. And during the late-night crisis meetings, he kept his very strong sense of humour.”

Some other central bankers and ECB insiders complained of a less-than-collegiate leadership style and tendency to trust just a handful of aides. His habit of disappearing from meetings to take a call or talk to an official made him known as “Mr Somewhere Else”. 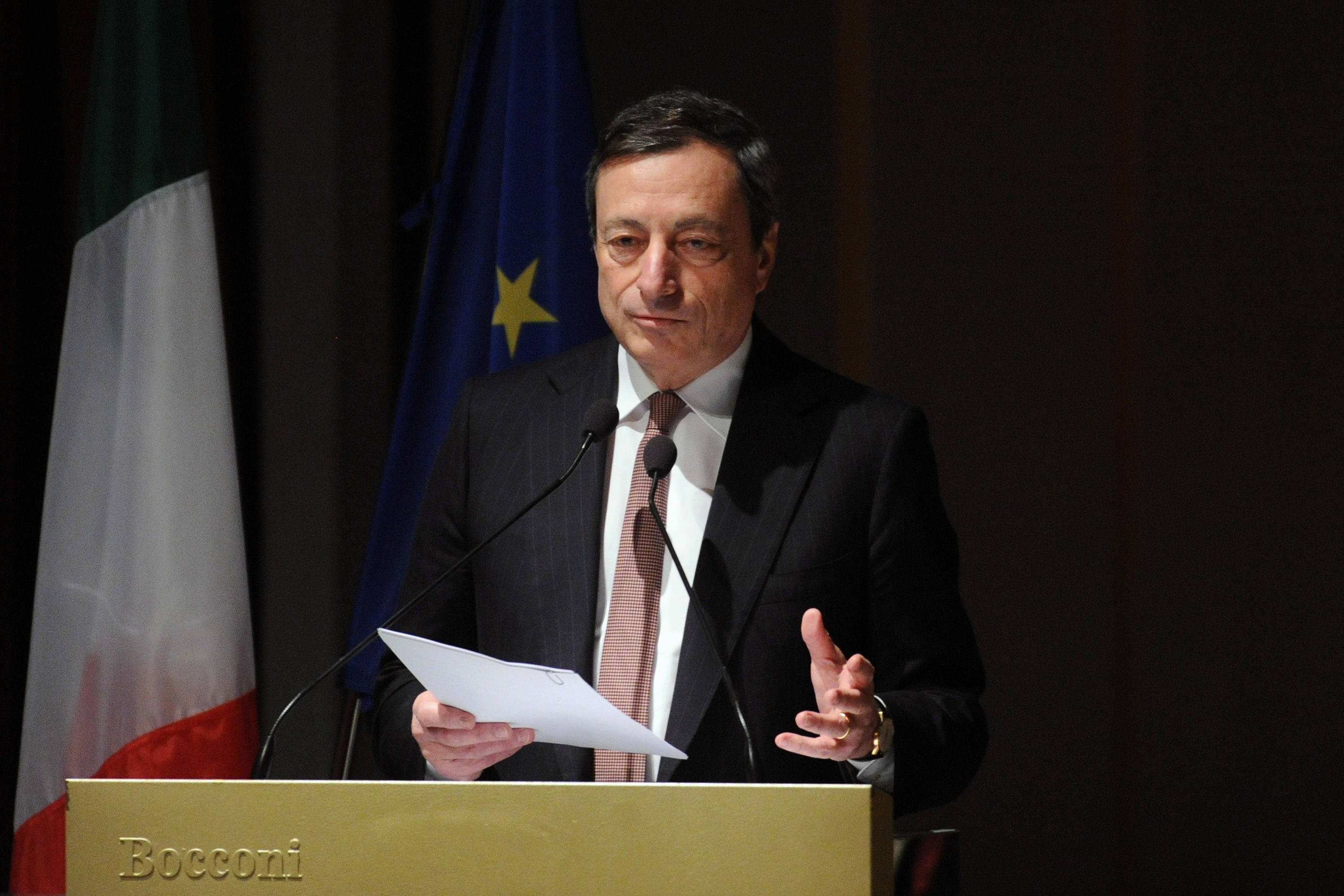 We think the euro is irreversible… within our mandate, the ECB is ready to do whatever it takes to preserve the euro. And believe me, it will be enough

In 2012, Mr Draghi gave a speech that changed the course of the crisis, pledging that the European Central Bank would do “whatever it takes to preserve the euro. And believe me, it will be enough”. That and the policies that followed led to a steady decline in borrowing costs for indebted eurozone members, including Italy, and earned him the nickname “Super Mario”.

When he left the ECB after eight years, Mr Draghi was asked what his next step would be. “Ask my wife,” he replied.

Perhaps not even his wife Serena would have foreseen the crisis that brought down Giuseppe Conte as Italy’s prime minister last month – and the nomination of her husband to lead Italy’s 67th government since World War Two.

“Naming him was the nuclear option – the last resort since the political parties couldn’t find a majority,” says Enrico Letta, himself Italian prime minister for a year in 2013.

If he can form a government, Prime Minister Draghi’s focus will be on spending more than €200bn (£175bn) of EU recovery funds – “the biggest opportunity to transform Italy since the Marshall Plan of the 1950s”, says Mr Letta.

“It requires all relevant political forces to be on board – and Mario Draghi can unite. He is a technocrat but with a good political nous, strong bipartisan support here and excellent contacts with Brussels and all European circles.”

If there is one person who could potentially bridge Italy’s deep political divisions, it is Mario Draghi. “His special quality is a good combination between speaking and listening,” says the former prime minister.

“Many great leaders speak more than they listen. He has the correct balance.”

Mario Draghi is said to keep his wristwatch five minutes early – a stickler for punctuality. If confirmed this week, he’ll have little time to waste to rebuild his country.

Watch Mark’s report on lockdown at an Italian ski resort:

Glass ceilings and black holes: How history was made in the 2020 science Nobels