The governor of Nigeria’s Osun state has escaped what officials call an “assassination attempt” when armed people attacked anti-police brutality protesters in the state capital Osogbo.

After marching with the protesters, Governor Adegboyega Oyetola was addressing them when shots were fired.

Mr Oyetola was not hurt but some of his aides were wounded.

Nigeria has been rocked by more than two weeks of protests against the Sars police unit.

Its officers are accused of extortion, torture and murder.

The government has promised to disband Sars (Special Anti Robbery Squad) but this has not satisfied the protesters, who have now broadened their demands, calling for an end to decades of corruption and mismanagement in Africa’s biggest oil producer, which has left many young Nigerians with bleak economic prospects.

Thousands of mostly young people have once more taken to the streets of cities across the country.

The protests have also been backed by global celebrities such as Twitter founder Jack Dorsey, US rapper Kanye West, footballers Mesut Ozil and Marcus Rashford as well as Nigerian superstars Davido and Wizkid.

What happened in Osun?

A group of people armed with guns and machetes opened fire at the time Mr Oyetola was addressing the protesters in the Osun state capital Osogbo – after he had marched and sang with them.

The officials were hurriedly taken into their vehicles for safety.

Stones were also hurled at the official convoy as it left.

The governor’s spokesperson told the BBC that the governor and his deputy survived the attack unhurt but some aides were wounded and a local journalist was in critical condition due to a serious head injury. 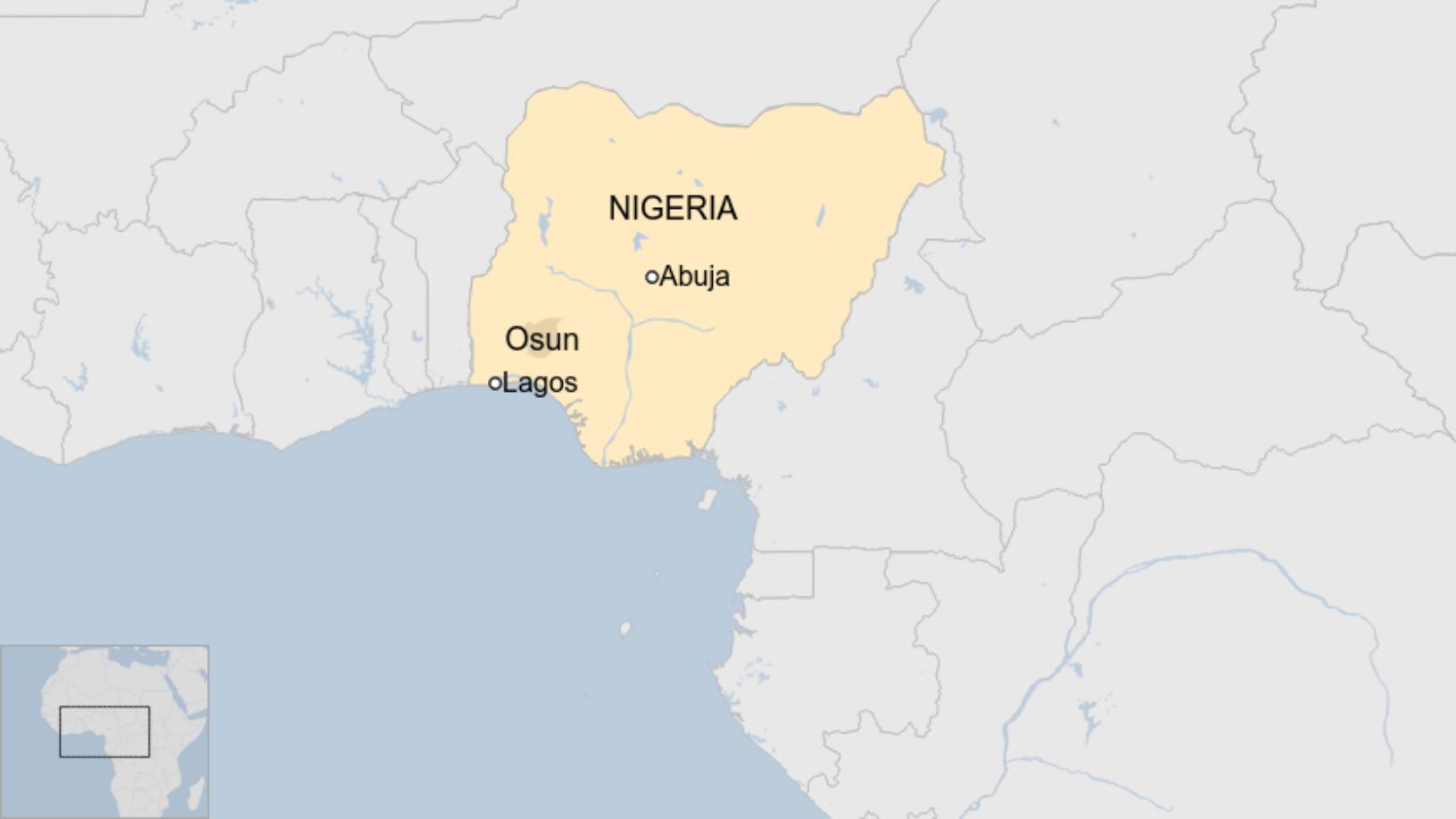 Officials say the attack was not carried out by the protesters but by thugs.

Similar attacks on the protesters have also happened in the capital, Abuja, and the country’s biggest city, Lagos. It is not clear who is behind them.

Mr Oyetola is from the same party as President Muhammadu Buhari, the All Progressives Congress.

What do the protesters want now?

The hashtag #EndBadGovernance has now been shared by almost 1.8 million twitter users, while #BetterNigeria and #FixNigeriaNow are also being widely used.

They see us protesting, they call us jobless

They see us making a life for ourselves, they call us lazy youths

They see us fighting for our rights, they call us weak and send us thugs

Nigerians are tired, we the youths are tired! 💔🤬#ENDBADGOVERNANCE

“As long as there is no positive change, we will be here,” one man told the BBC at a protest in Abuja on Saturday.

“The leaders, the elders have failed us. We need to begin the process of building a new nation by coming out like this,” he said.

An unprecedented challenge to Nigeria’s leaders

The ongoing protests are clearly a strong message not only to the current government but to the entire political class in Nigeria.

The relentlessness of the young people is uncommon. Demonstrations like these rarely last for more than three days but these ones are now in their third week without any sign of a let-off. Instead, they appear to be gathering momentum.

As well as calling for an end to bad governance and poor economic conditions, some protesters are also beginning to demand more action from the government to tackle widespread insecurity in the north of the country, where armed criminal gangs carry out deadly attacks and kidnap people for ransom.

The government’s response to some of the demands of the protesters has been unprecedented too.

It has pledged to disband Sars, set up of panels to investigate and prosecute erring police officers and promised wider police reforms.

Another rare gesture is the public apology by Vice-President Yemi Osinbajo, who admitted that the government had not acted fast enough to address young people’s concerns.

But the protesters remain unsatisfied, saying they need more action.

It is obvious Nigerian officials are nervous about the ongoing protests and are deliberating how to handle them before they get out of hand.

Now that the demands of the protesters are widening and their chants begin to include anti-government slogans, there is speculation that some political opponents of President Muhammadu Buhari might be fuelling the protests from behind the scenes.

Beirut explosion: Exploring the damage after the blast