Recent fighting in the Tigray region of Ethiopia has resulted in a famine that is now affecting more than 400,000 people, UN officials say.

In its first public meeting on the crisis, members of the UN Security Council warned that as many as 33,000 children were severely malnourished.

Officials said that a further 1.8m people were on the brink of famine as a result of the eight-month conflict.

They also warned of further clashes despite the declaration of a ceasefire.

The Ethiopian government, which has been fighting regional forces in Tigray, declared a unilateral ceasefire on Monday.

However, rebels vowed to drive their “enemies” from the region and there have been reports of sporadic clashes as pressure builds internationally for all sides in the conflict to pull back.

The fighting between the Tigray People’s Liberation Front (TPLF) and government forces has already left thousands of people dead and more than two million people have been displaced.

All sides in the conflict have been accused of carrying out mass killings and human rights violations.

On Friday, several thousand captured Ethiopian soldiers were paraded through the streets of the Tigrayan regional capital Mekelle, according to the New York Times.

On Friday, the UN’s acting humanitarian aid chief told members of the Security Council at a meeting in New York that the situation in Tigray had deteriorated dramatically in recent weeks.

The region was experiencing “the worst famine situation we have seen in decades”, Ramesh Rajasingham said.

“Close to 5.2 million people still require humanitarian assistance – the great majority of them women and children,” he added.

The Ethiopian government has denied allegations that it is been blocking aid after Tigrayan rebels took control of much of the northern region earlier this week. 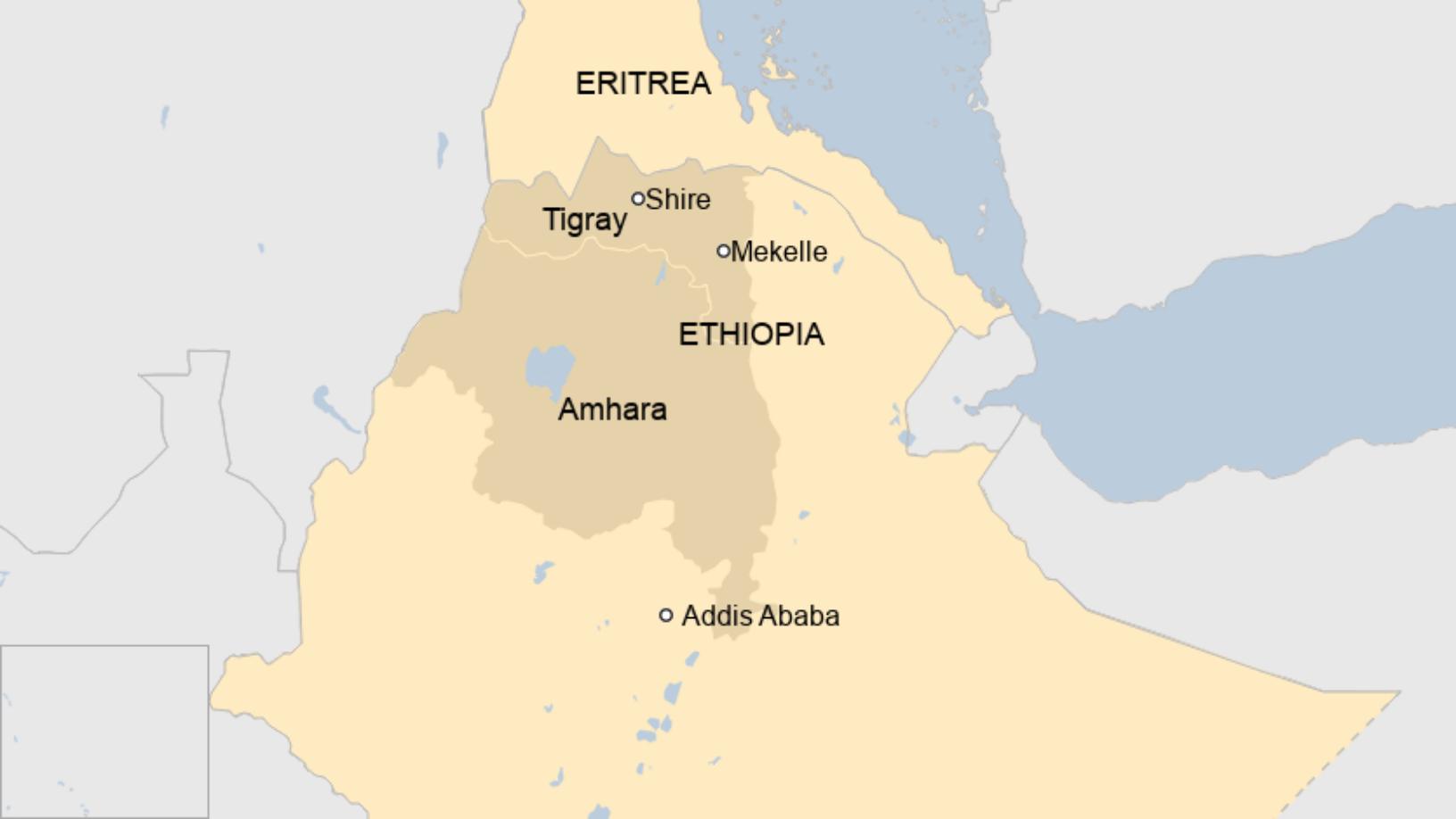 “There is potential for more confrontations and a swift deterioration in the security situation which is extremely concerning,” she said, adding: “We urge the TDF to endorse the ceasefire immediately and completely.”

Following a rapid offensive, rebels retook Mekelle and earlier this week entered the town of Shire, about 140km (90 miles) to the north-west, according to UN officials.

‘Apocalyptic’ landscape in aftermath of volcanic eruptions on St Vincent.