Nearly 70% of health facilities in Ethiopia’s conflict-hit northern region of Tigray have been vandalised and equipment looted, a report by medical charity MSF has found.

The facilities were “deliberately” attacked to make them “non-functional”, Médecins Sans Frontières said.

The situation was having a “devastating” impact on the population, the organisation said in a statement.

The Ethiopian authorities say most health services have been restored.

Conflict erupted in Tigray on 4 November 2020 when Prime Minister Abiy Ahmed ordered an offensive to oust the region’s former ruling party, the Tigray People’s Liberation Front (TPLF), after its fighters had captured federal military bases in the region.

Fighting continues despite Mr Abiy declaring victory at the end of November.

It added that although aid workers had now been able to access some parts of the region, “many people remain in hard-to-reach areas due to insecurity, logistical and administrative hurdles”.

Hundreds of civilians have been killed and tens of thousands displaced in the last five months, a situation that has sparked condemnation around the world.

Last month Amnesty International accused troops from neighbouring Eritrea of killing hundreds of people in the ancient city of Aksum on 28 and 29 November, saying the mass killings may amount to a crime against humanity.

What is the state of health centres in Tigray?

Only 13% of 106 facilities that teams from MSF visited between December and early March were operating normally.

They also found destroyed equipment, smashed doors and windows, and medicine and patient files scattered across floors in health centres in Debre Abay and May Kuhli in north-western Tigray.

On a visit to a hospital in the central city of Adwa it found medical equipment, including ultrasound machines and monitors, had been deliberately smashed.

A hospital in the town of Semema had been set on fire while a delivery room at Sebeya was destroyed after the facility was hit by rocket, MSF reported.

The Ethiopian embassy in London told the BBC in a statement that 75% of hospitals in Tigray were now operational and 10% were operating partially.

It added that 90% of healthcare workers were providing the required health services and that it had rolled out a Covid-19 vaccination campaign in the region.

Who is to blame?

MSF did not directly name perpetrators but called on “armed groups in the conflict” to respect and protect health facilities and medical staff.

It accused Ethiopian and Eritrean soldiers of occupying some hospitals. Both government have denied that Eritrean troops went into Tigray despite persistent reports.

“The army used Abiy Addi hospital [in central Tigray] as a military base and to stabilise their injured soldiers,” says MSF emergency coordinator Kate Nolan.

“During that time it was not accessible to the general population. They had to go the town’s health centre, which was not equipped to provide secondary medical care – they can’t do blood transfusions, for example, or treat gunshot wounds,” she added.

MSF also accused Eritrean soldiers of using a health facility in Mugulat in east Tigray as their base.

It also accused the armed groups of seizing ambulances.

But Ethiopian authorities blame TPLF fighters for the damage to health infrastructure.

What has been the impact?

Tigray used to have one of the best health systems in Ethiopia, with a network of health posts in villages, health centres and hospitals in towns, but the conflict “has almost completely collapsed” the system, according to MSF.

In the past four months children have gone unvaccinated making them vulnerable to infectious diseases in the future, the charity said. 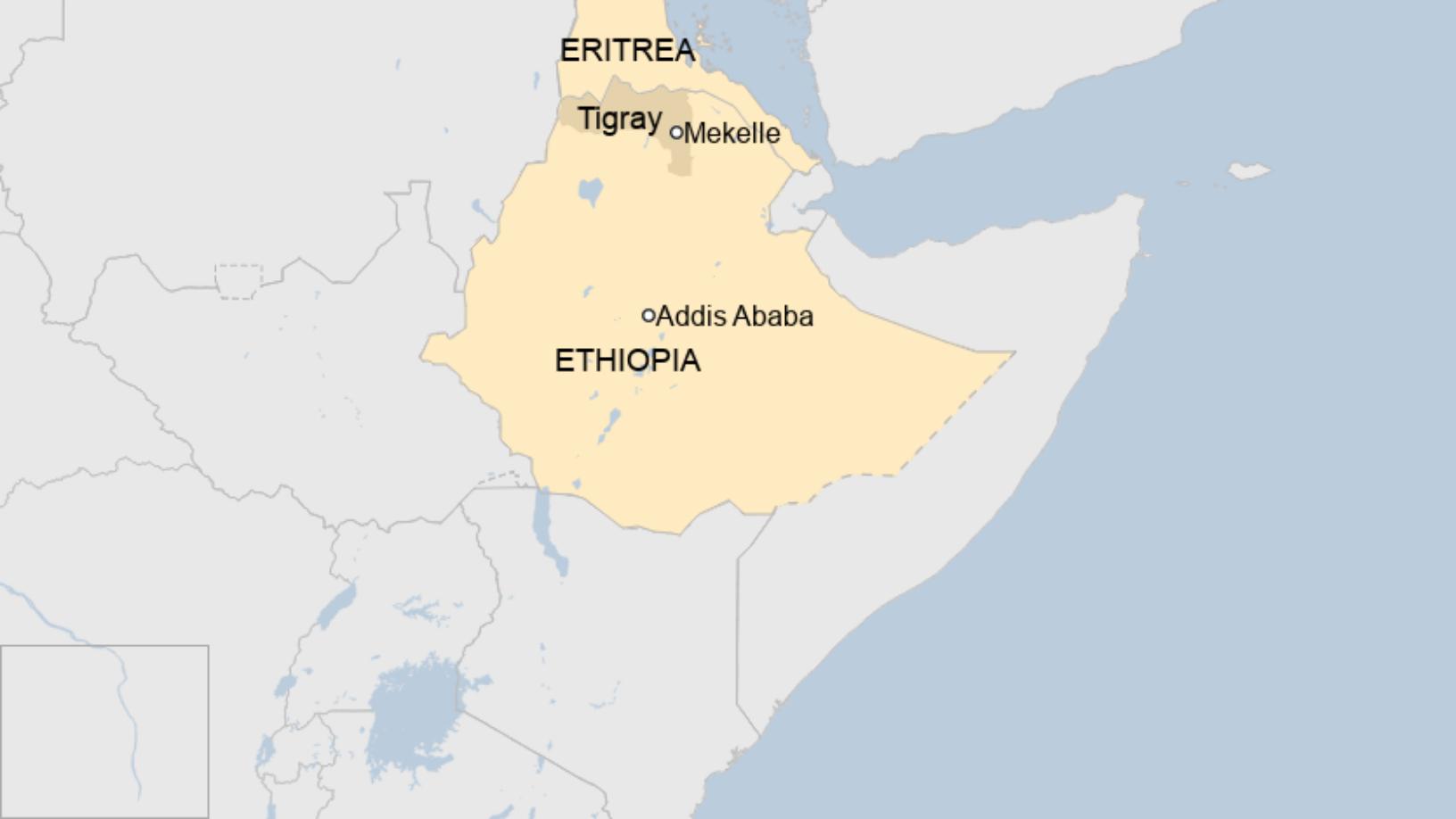 Pregnant women, patients with chronic diseases such as diabetes, hypertension and HIV, as well as psychiatric patients, are going without life-saving drugs, it added.

“Health facilities need to be rehabilitated and receive more supplies and ambulances, and staff need to receive salaries and the opportunity to work in a safe environment,” said MSF general director Oliver Behn.

The Ethiopian embassy in London said MSF’s assessment failed to acknowledge the government’s efforts to fix the infrastructure and restore the health sector, “which is rapidly resuming service”.

Covid in Kenya: The woman who refuses to be defeated by the virus

Are women let down by period trackers?

In pictures: Day of the Dead in Covid times