From the moment Michel Barnier was made the EU’s chief Brexit negotiator in July 2016 he was at the heart of talks to reach a deal with the UK government.

Mr Barnier watched his opposite numbers come and go as the EU and UK first agonised over the terms of a transition deal and then later concluded a trade agreement.

But what can we learn from his 500 pages of memoirs about the turbulent talks and what he thought of his UK counterparts?

Unlike in many political diaries, Mr Barnier resists the urge to paint vindictive pen portraits of those with whom he crosses paths. But he certainly lets us know what he made of them.

He’s wary of underestimating new Prime Minister Boris Johnson despite all the comic bluff and bluster. In September 2019, he perceives him to be “advancing like a bulldozer” – determined to flatten opposition.

Maybe Mr Johnson was reading his mind, as just three months later he jumped into a JCB and careered through a fake brick ball, vowing to “Get Brexit Done.”

The Brexiteers and their ‘famous red bus’

As for the triumphant Brexiteers who subsequently entered Downing Street, Mr Barnier simply does not trust them.

The quote from King Lear “Bring in Madness, banish Reason!” features prominently and Mr Barnier doesn’t shift in his assessment that leaving the EU makes no sense.

As for those outside government who were instrumental in the 2016 EU referendum, the then UKIP leader Nigel Farage is viewed as a comical, but dangerous figure. 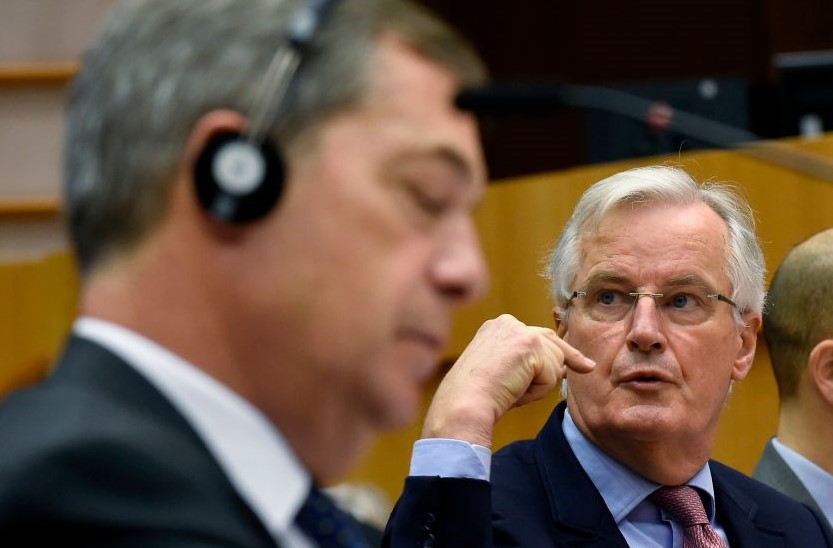 Farage, in private, is as cordial and gentle as he can be a violent demagogue in public.

When on a private tour of a European Commission building in Brussels, Mr Barnier asks Mr Farage what he wants from Brexit, and he replies: “Mr Barnier, after Brexit, the EU will no longer exist.”

It’s clear Mr Barnier didn’t hit it off with Lord Frost, his final British counterpart in the negotiations.

He’s not impressed when Frost turns up 45 minutes late for lunch, apparently without explanation. Frost then informs him in a “somewhat arrogant tone” that all the important stuff in their negotiations will be dealt with by the prime minister and the President of the European Commission, Ursula von der Leyen.

Mr Barnier later writes that Lord Frost badly advised Prime Minister Johnson on the dynamic of the European Council and “to save face, he therefore creates drama” by temporarily walking away from the negotiation table.

There was no real thawing in the relationship, judging from Mr Barnier’s entries. Even on the day the post-Brexit trade deal was signed, their final exchange is “professional and cold”.

Mr Barnier thinks he got the last laugh though: “He knows that I know that until the last moment he wanted to bypass me by seeking to open a parallel negotiating line with the cabinet of President Ursula von der Leyen. And he knows it hasn’t been successful.”

Mr Barnier watches with increasing incredulity as then-Prime Minister Theresa May gives her Lancaster House speech in January 2017. He realises she is “about to reveal nothing less than all of her red lines, even though we have not started negotiating”.

He’s deeply sceptical that ruling out so many options will be welcomed in the UK. “Are we certain that the referendum vote gave the British government a blank check for such a clean break?”

He expresses sympathy at her “humiliation” at the hands of a “rampant” British tabloid press – a beast he clearly monitors with varying degrees of bemusement, shock and disappointment.

What’s on the menu

Working breakfasts, lunches and dinners fuel the often exhausted negotiating teams, particularly in the final stages of the Brexit transition period of 2020 and the scramble to get a trade deal over the line.

Mr Barnier sprinkles in references to the familiar Brexit refrain of having one’s cake and eating it and other well-used culinary phrases.

But he finds quite odd then European Council President Donald Tusk’s Instagram post in 2018 telling Theresa May there’s no cherry picking allowed. Mr Barnier writes that the incident reinforced his determination to “avoid any form of aggression, emotion or passion, to put my fist in my pocket after any provocation from the British” and to stick to the facts.

In the early hours of Christmas Eve – the very day the Trade and Cooperation Agreement was sealed – Mr Barnier describes the British unexpectedly serving up a dish of revised fish quotas as “a text riddled with pitfalls, false compromises and flashbacks”.

But in the end, the respective teams overcome this last hurdle and make it home for dinner with their families.

Seventy-year-old Mr Barnier is rather coy about his desire to enter the Élysée Palace. He’s happy to tell us that his fellow French citizens often congratulate him in the streets for securing the Brexit deal (“As if you could be congratulated for arranging a divorce!”) and that they urge him to dive back into French domestic politics.

In a not-so-subtle sign he’s hardly ruled it out, his book ends with a diagnosis, then prescription and finally a rallying cry to repair his homeland. 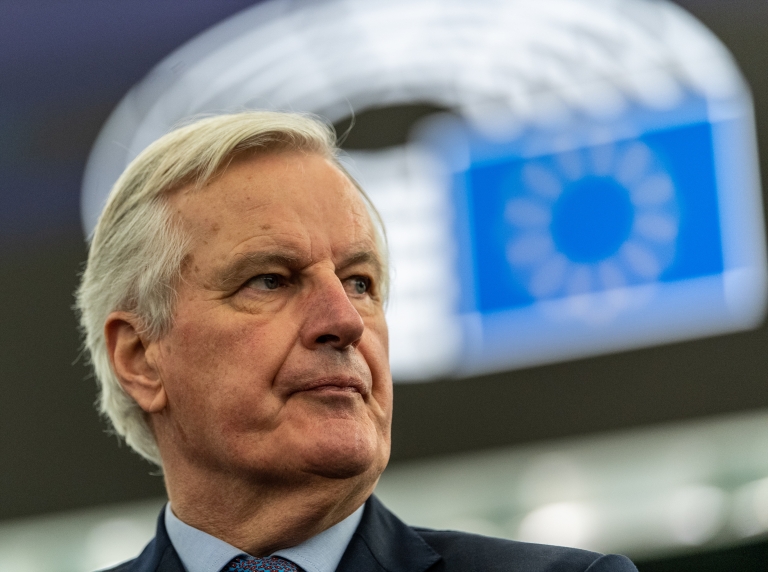 Our work starts with France. What we French will not do for ourselves, no one will do for us.

The current French President Emmanuel Macron is not always painted in glowing terms – portrayed as hard, opportunistic at times and an issuer of “brutal statements” to the press. That said the pair text each other at crucial moments, and Macron indicates privately where he is willing to compromise with the British.

Barnier is relieved by Macron’s victory over Marine le Pen in 2017, following the twin bombshells of Brexit and President Trump’s election.

In a potentially explosive revelation, which may or may not harm said chances of leading La République, Barnier drops the bombshell that “I’ve always preferred English breakfast, with fried eggs, to French croissants”.

One of his senior advisors told me this last August when I arrived in Brussels, and I wondered whether it was as a cholesterol-enriched ploy to butter up the new British arrival.

But it seems it was true – bangers and bacon every time – no Great Illusion.