A gunman has shot dead three police officers who were called to a domestic violence incident in central France.

The suspect, 48, said to be known to authorities on child custody issues, was later found dead, officials said.

A woman had fled to the roof of a house in a remote village near Saint-Just in the early hours of Wednesday.

The gunman killed one officer and wounded another. He then set fire to the house and killed two more officers who arrived. The woman was rescued.

President Emmanuel Macron said the nation shared the grief of the families of the police officers.

Elite tactical police officers remain at the scene in the village in the Puy-de-Dôme department, in France’s Massif Central mountain region. 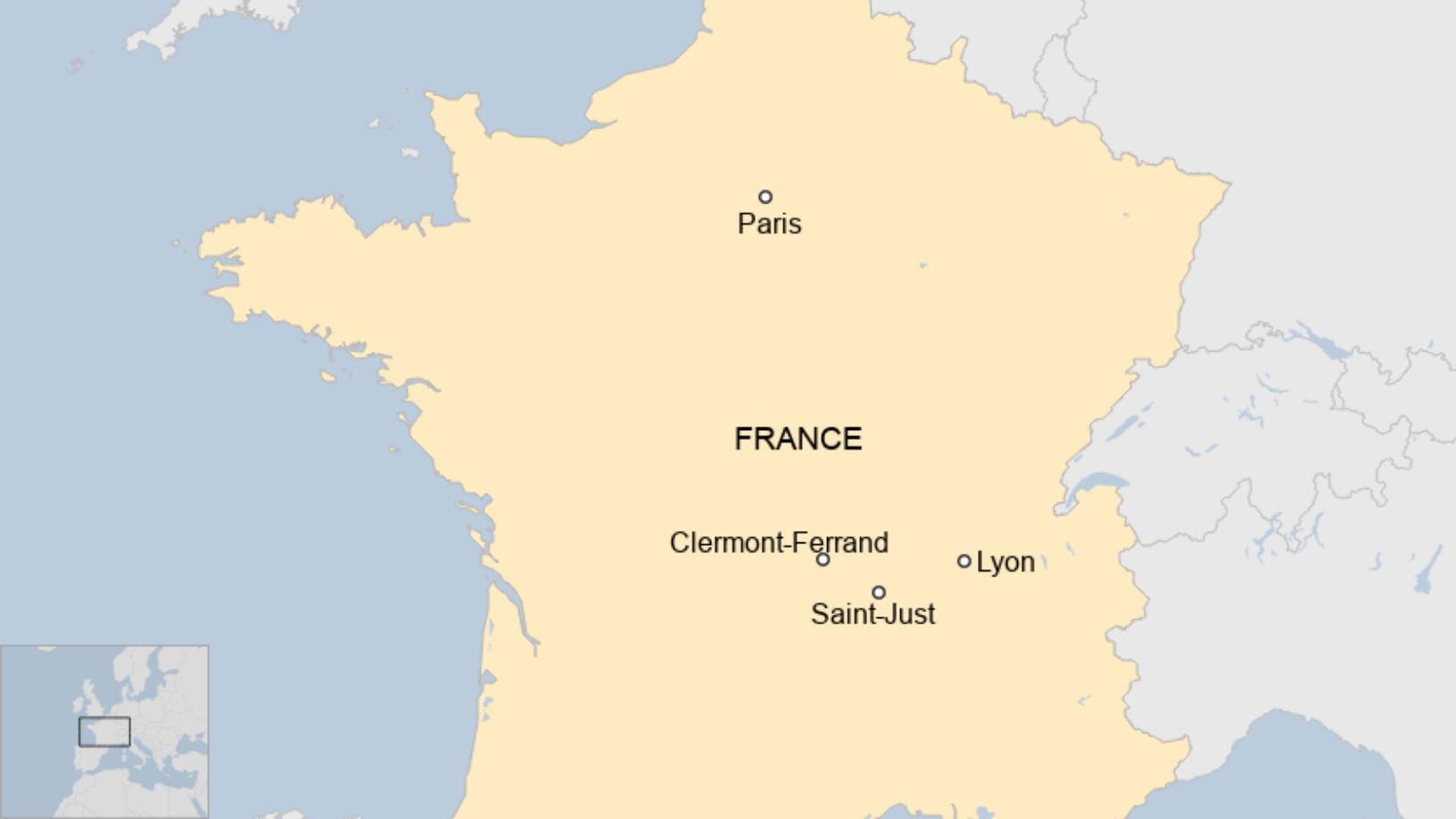 The mayor of Saint-Just, François Chautard, told Le Figaro that the house had burned down and officers had been trying to determine whether the heavily armed suspect was still inside or had escaped.

But Interior Minister Gérald Darmanin later confirmed the suspect had been found dead.

Police sources told French media that the man had been found in his car in a suspected suicide, but this has not been officially confirmed.

Mr Darmanin, who is travelling to the scene, named the first officer who died as Brig Arno Mavel, 21, and the two who died in the second incident as Lt Cyrille Morel, 45, and Adjutant Rémi Dupuis, 37.

Mr Darmanin expressed his profound sadness at the deaths and extended his condolences to family, friends and colleagues in the Gendarmerie. He said the deaths showed once more the risks that police officers were exposed to in their daily duties.

In his tweet, Mr Macron said the security forces put their lives at risk to protect the public and were “our heroes”:

In another tweet, Prime Minister Jean Castex said the tragedy touched the whole country. He said he shared the grief of the officers’ relatives and sent his unwavering support:

The wounded officer was shot in the leg and his life is not in danger.

Gun attacks on police in non-terror-related incidents are relatively rare in France.

Two women police officers were shot dead during a dispute with a burglary suspect in the village of Collobrières, near Toulon, in 2012.

Carbon: How calls for climate justice are shaking the world