Guinea has officially declared that it is dealing with an Ebola epidemic after the deaths of at least three people from the virus.

They – and four others – fell ill with diarrhoea, vomiting and bleeding after attending the burial of a nurse.

Newly developed vaccines will be acquired through the World Health Organization (WHO), officials said.

In response to that epidemic, which mainly affected Guinea and its neighbours Liberia and Sierra Leone, several vaccines were trialled, which have since been successfully used to fight outbreaks in the Democratic Republic of Congo.

“The WHO is on full alert and is in contact with the manufacturer [of a vaccine] to ensure the necessary doses are made available as quickly as possible to help fight back,” the AFP news agency quotes Alfred George Ki-Zerbo, the WHO representative in Guinea, as saying.

An Ebola vaccine was first trialled over four months in 2015 in Guinea – and drugs that can increase the survival rate of patients have also been developed in recent years.

How did this outbreak start?

A nurse who worked a health centre in Goueké, near the south-eastern city of Nzérékoré, died on 28 January and her funeral was held four days later.

Community funerals, where people help wash the body of the person who has died, can be a key way of spreading Ebola in the earlier stages of an outbreak.

The bodies of victims are particularly toxic. The incubation period can last from two days to three weeks.

Ebola jumps to humans from infected animals, such as chimpanzees, fruit bats and forest antelope. Bushmeat – non-domesticated forest animals hunted for human consumption – is thought to be the natural reservoir of the Ebola virus.

It then spreads between humans by direct contact with infected blood, bodily fluids or organs, or indirectly through contact with contaminated environments.

All those infected at the funeral of the nurse were over the age of 25, health officials say.

Following a crisis meeting on Sunday, the health ministry said all cases had been isolated, contact tracing was ongoing and a treatment centre was to be set up in Goueké.

How have Guinea’s neighbours reacted?

This new outbreak is in roughly the same area where the epidemic began in December 2013.

Given the cross border trade between Guinea, Liberia and Sierra Leone, and their relatively weak healthcare systems, there is concern the outbreak could spread. 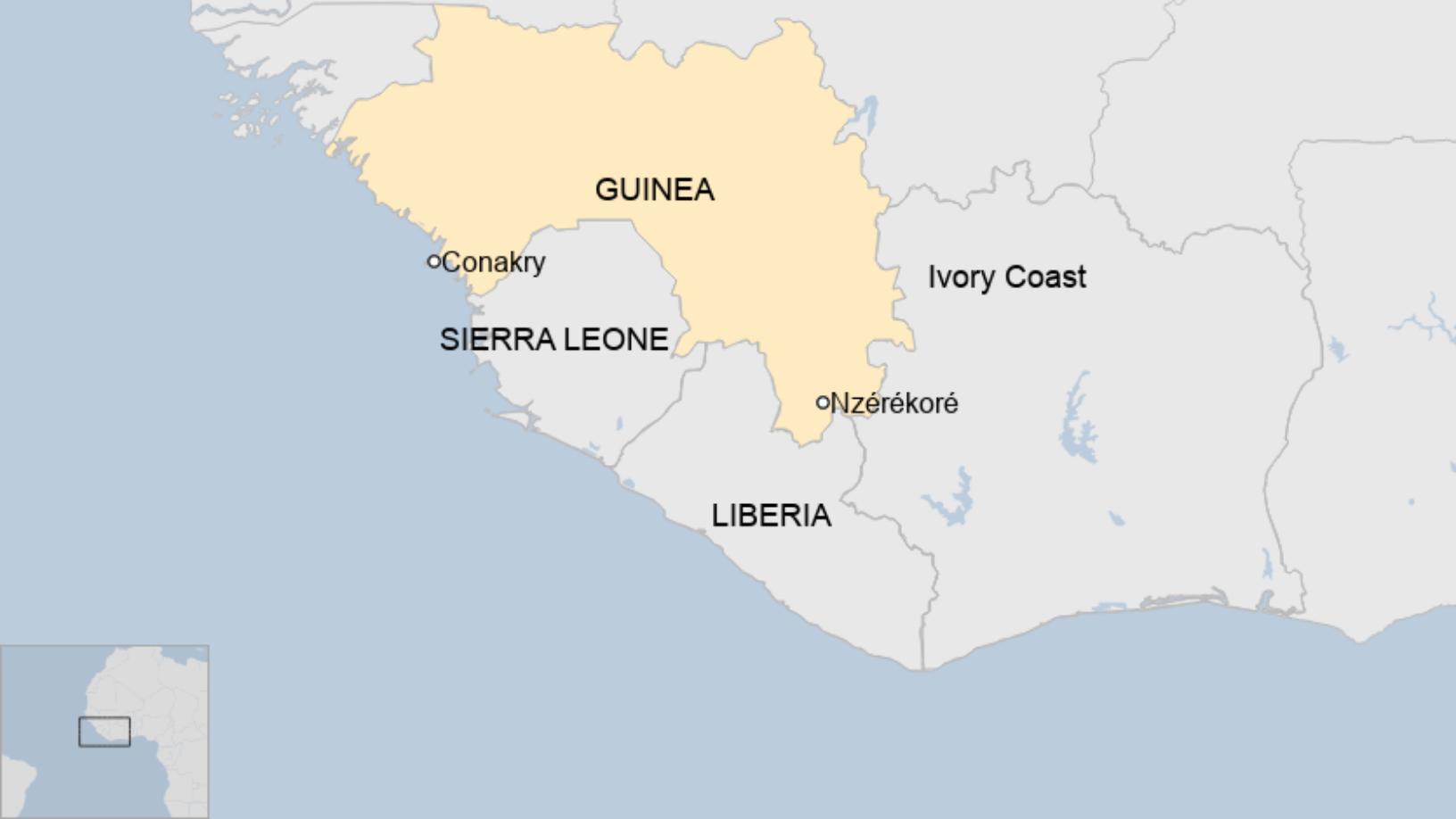 The BBC’s Umaru Fofana in Sierra Leone says there is far more fear of Ebola in the country than Covid-19.

He says the existence of new vaccines do provide some sense of relief – there is a global emergency stockpile of 500,000, made available through Gavi, the international vaccine alliance.

The three countries have a joint population of 22.5 million, prompting concerns that manufacturers would have little time to produce more if needed at a time when Covid vaccines are their preoccupation, our reporter says.

Viewpoint from Sudan – where black people are called slaves