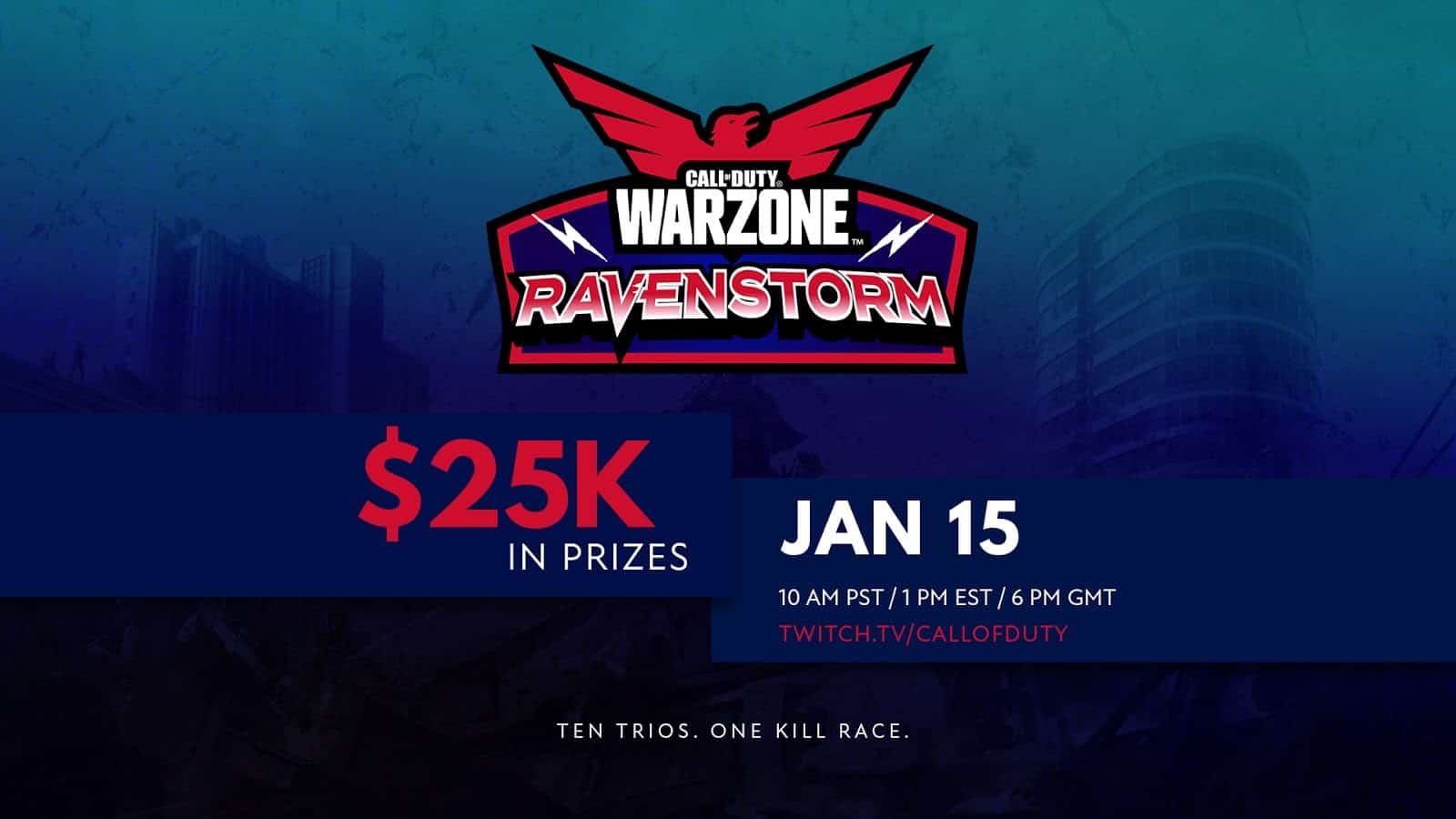 Today the Royal Ravens are hosting another Warzone tournament with $25K up for grabs, here’s all the info.

Warzone tournaments have been sparse since the start of the new year. This is mainly because of the current meta and plethora of recent glitches. However, with most of them being patched and the meta slightly shifting, Warzone tournaments should be back in full force. Today we start with the London Royal Ravens $25K tournament, Ravenstorm. Here’s everything you need to know

The Ravenstorm tournament will see 10 Trios go head to head in Warzone. With 10 Trios involved in the tournament, they will likely be playing for Eliminations and Placement, similar to yesterday’s Twitch Rivals event.

Full teams are yet to be revealed for the tournament, however we know a lot of the competitors. Firstly, we know that London Royal Ravens content creators such as Jukeyz and Angelika will be competing, along with co-owner Vikkstar. However, it won’t just be Royal Ravens players and content creators playing, other Warzone streamers such as Tommey and Rated will also be in the tournament.

When it comes to each Trio’s third, this will be a celebrity. Whether it be a sportsman, DJ or fellow streamer, each trio will be playing with a celebrity as their third.

Schedule and How to Watch

The Ravenstorm $25K Warzone Tournament will kick off at 1PM ET and conclude tonight. With the action all happening in one day, it’ll be fast paced. You can watch on the Call of Duty Twitch Channel, or your favorite competitor will also stream their POV.

You’re spending more money online than you think. Here are 4 ways to save.