Tens of thousands of people are fleeing the US state of Louisiana as Hurricane Ida closes in from the Gulf of Mexico.

Ida is now a Category Four hurricane, one below the highest level, with up to 130mph (209km/h) sustained winds.

It is expected to make landfall on Sunday evening, bringing a “life-threatening” storm surge. It could be stronger than Hurricane Katrina, which devastated much of New Orleans in 2005.

Governor John Bel Edwards warned the storm could be one of the biggest to hit the state in 150 years.

“Your window of time is closing,” he warned residents on Saturday.

“By the time you go to bed tonight you need to be where you intend to ride the storm out and you need to be as prepared as you can be, because weather will start to deteriorate very quickly tomorrow.”

The governor of neighbouring Mississippi has declared a state of emergency.

President Joe Biden said Ida was “turning into a very, very dangerous storm” and the federal government was ready to provide help. 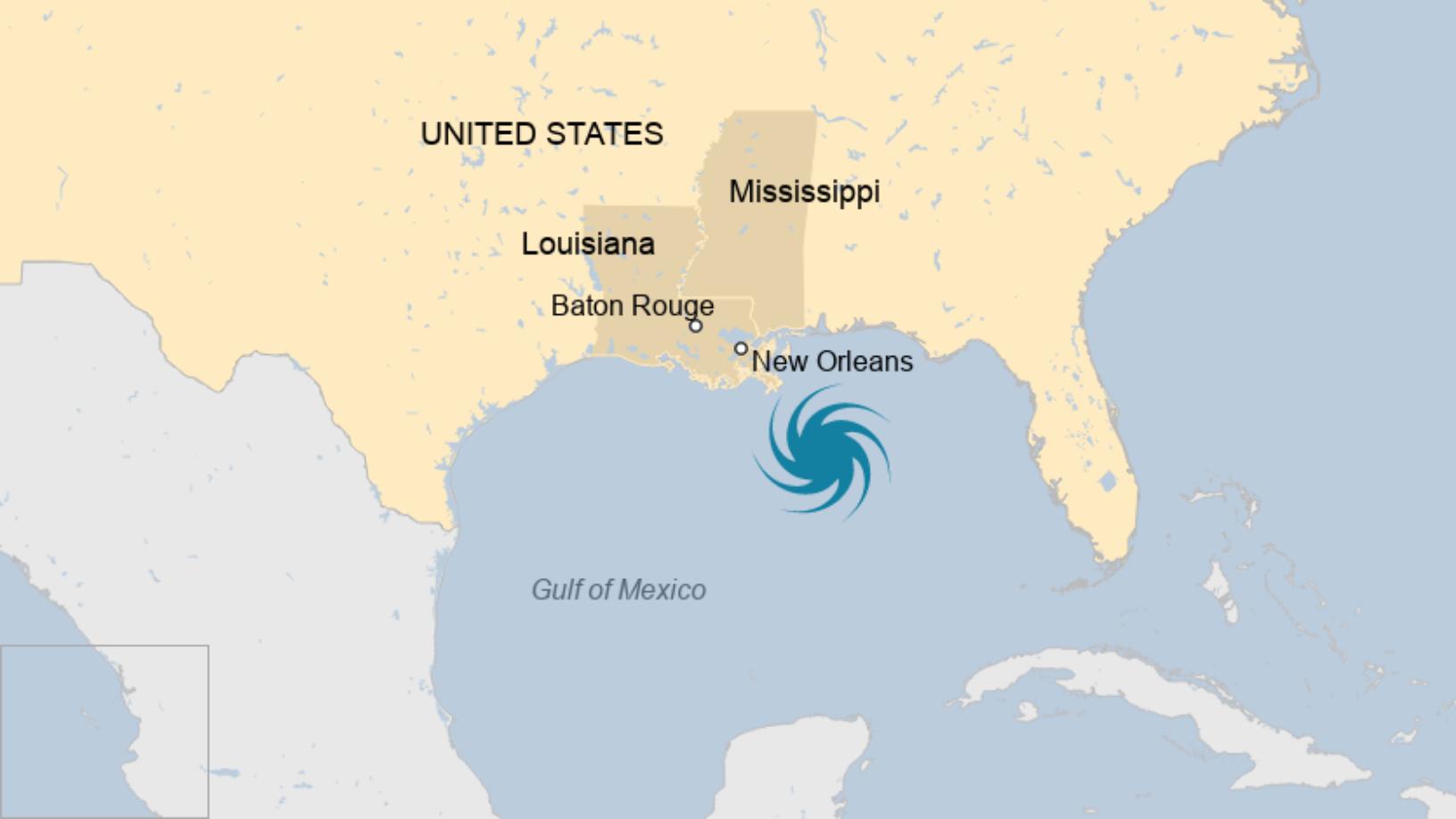 The National Hurricane Center said that, at 06:00 GMT on Sunday, Ida was about 105 miles south-east of the mouth of the Mississippi river and was moving north-west at about 15mph. While still over water, it has the capacity to strengthen even further.

Sunday marks the 16th anniversary of Hurricane Katrina, which devastated New Orleans after making landfall as a category three. Katrina flooded 80% of the city and killed more than 1,800 people.

With stronger storm defences now in place, there’s hope that levees in New Orleans will be able to withstand the impact of the hurricane.

But experts warn that if storm surges hit at a time that coincides with high tides, sea water could flood the New Orleans levee system and enter the city again.

“Please understand this, there is the possibility that conditions could be unliveable along the coast for some time and areas around New Orleans and Baton Rouge could be without power for weeks,” the National Weather Service wrote on Saturday.

“We have all seen the destruction and pain caused by [Hurricanes] Harvey, Michael and Laura. Anticipate devastation on this level and if it doesn’t happen then we should all count our blessings.”

Alessandra Jerolleman, a senior fellow in emergency management at New Orleans’ Tulane University, told the BBC as she fled in her car: “I am absolutely devastated thinking about those communities under mandatory evacuation orders.

More than 80 oil rigs in the Gulf of Mexico have been evacuated and half the region’s oil and gas output has been suspended.

The impact of climate change on the frequency of storms is still unclear, but increased sea surface temperatures warm the air above and make more energy available to drive hurricanes, cyclones and typhoons.

As a result, they are likely to be more intense with more extreme rainfall.

Yemen fishermen find $1.5m of ambergris in the belly of a whale

Death Valley: What life is like in the ‘hottest place on Earth’