The scented candle season is upon us, as many begin to cosy-up their homes with warm, festive smells counting down for Christmas. Getting in the festive scented spirit ourselves, TechRound recently caught up with Ava May Aromas founder Hannah Chapman, discussing the inspiration behind her startup, the challenges faced along the way and plans for the future.

What inspired Ava May Aromas to start?

Hannah Chapman: “The short answer is I wanted to work for myself. After coming out of university I started working for a marketing company. It was a job I just fell into post-uni, I still didn’t know what I wanted to do. I think there’s a lot of expectation when you come out of university about what you’re going to do next and I just didn’t know.”

“I wasn’t enjoying my job, and knew I was going to quit it, I needed to move on regardless of what I did next. My Dad has always been self-employed and was really encouraging, saying that this would be a really good opportunity to try and do something for myself.”

“I think my Dad had other ideas about me going into self-employment. I think he thought maybe I’d set up my own agency, but when I went back to him and said I was going to make candles he wasn’t quite so convinced – but it turned out well in the end!”

“So it really came from a desire to be self-employed, alongside my Dad’s encouragement.”

Why candles – had you always made them?

Hannah Chapman: “I think I’ve always been a creative, I like making things and find it satisfying. I just loved the concept of selling something I made – this really appealed to me, a sort of challenge I guess. I hadn’t made candles before, but equally I’m definitely a girly girl – I like nice smelling things. But no, I’d never had a go at making a candle before, so I just bought a starter kit and started from there.” 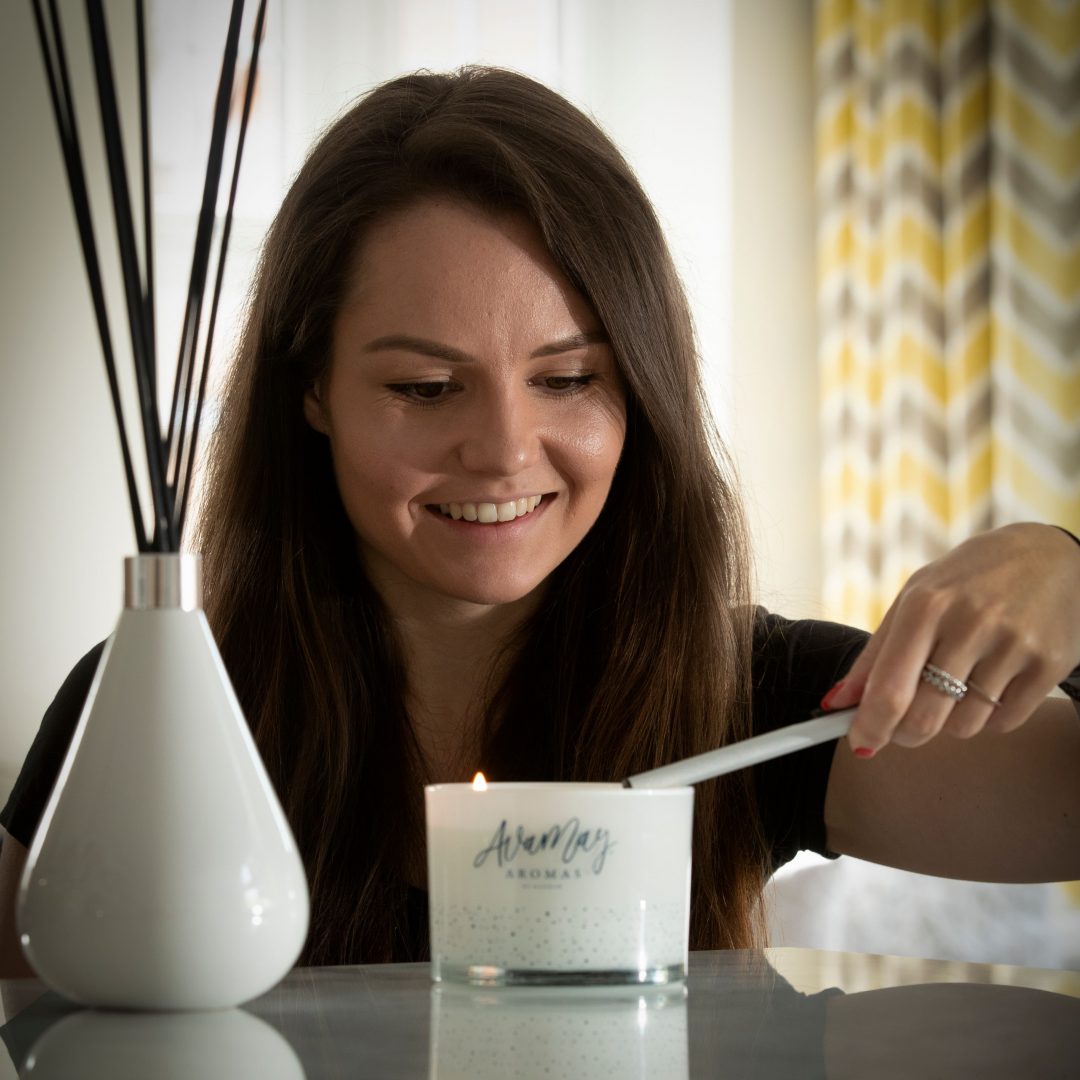 Since starting up, how have you seen your business grow?

Hannah Chapman: “Pretty quickly, the challenge has actually been trying to keep up with the business, and making sure that we’re not limiting it. Our biggest limiting factor right now is space. Even when I started up and the business began to grow it became a bit of a snowball effect. It was growing and growing on Instagram and taking over my family’s house where even then space was a restriction. Hence moving to our units on the commercial centre that we’re on now, and then we just acquired more and more units because space has just forever been a limiting factor. So in terms of growth it’s been exponential, but it’s actually been a struggle to keep up with it.”

Have there been any other challenges you’ve found whilst growing your business?

Hannah Chapman: “It’s all just been a massive learning curve. I was 23 when I started and I’ve been learning so much every day. I know a lot more now than I did at the start, I’ve had to learn on the job, but I’ve still got so much more to go. I’m lucky that my Dad has become my business partner. The fact he’s been self-employed and ran his own businesses in the past has helped massively because he had knowledge in areas that I don’t.” 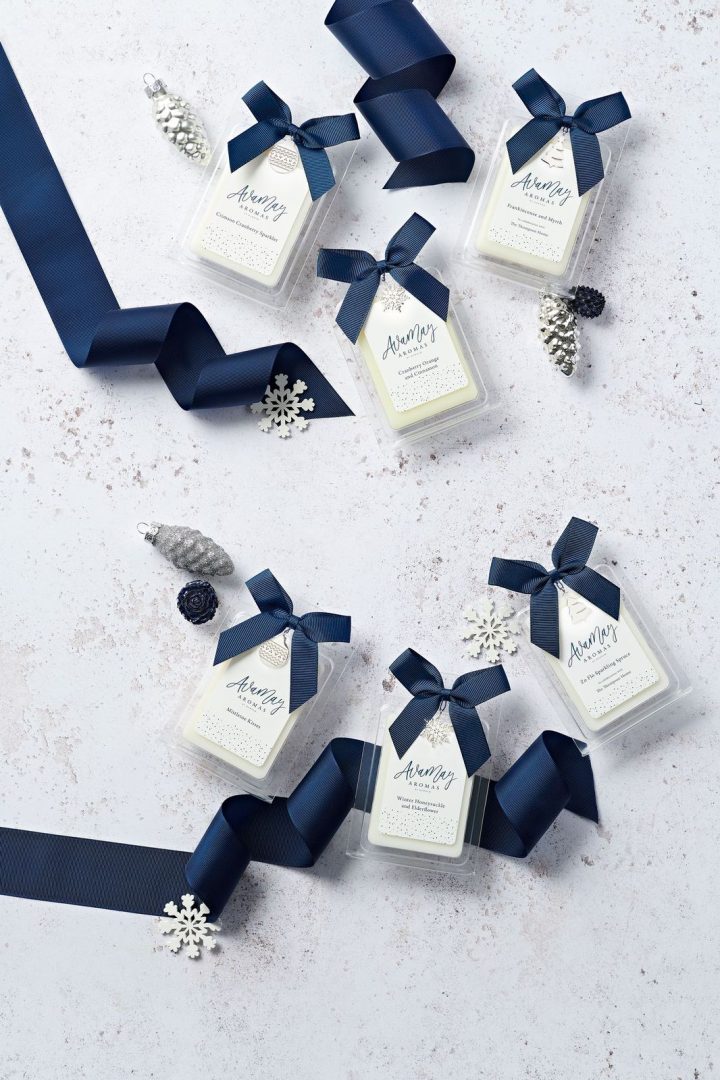 “Another challenge we’ve had is learning how to manage cash flow. Candles are seasonal, and you have your peak from September to March. So you have a really intense 6-8 months this side of the year what with Christmas, Black Friday, Valentine’s Day, Mother’s Day etc.”

“Post-March it starts to tale off a little bit, and typically you have a quieter summer. So the fact it’s seasonal is a challenge as well, you’ve got to make sure that you essentially make hay while the sun shines, and you can’t just assume that you’ll have an easy summer because you’re having a good winter. I had to realise very quickly that this is a seasonal business, and it’s all about learning how to manage that.”

How has COVID effected business?

Hannah Chapman: “It’s been a bit of a double-edged sword really, there’s been a positive and a negative to it. The positive is that we’ve been very fortunate to be in ecommerce. I feel so awful for the retail services that have been effected so badly, and we’re just so lucky that we’ve been able to continue trading. I suppose the benefit to us is that even in lockdown people are on their phones more and shopping online, so we haven’t suffered so much from a trading perspective. This has also meant we’ve been able to retain people’s jobs and that’s been great.”

“On the negative side, something that’s really hit us is deliveries with the supply chains being effected. It’s not so much the supply chain in itself, it’s the ports, and it’s not just us that’s suffering – it’s across the whole industry. For everybody, deliveries are just horrendous at the moment.”

“So that’s really hit us now because by not having that stock, especially now during this season, it’s lost us sales. But ultimately it’s a bit of both, we haven’t got away scot-free, we’ve seen some benefits from people being stuck at home on their phones, but equally we’ve suffered as well.”

Hannah Chapman: “If people are considering starting up a business I’d just say to go for it! I’m a big advocate of social media, it’s amazing to anyone that wants to start up on their own because it’s free. Like when I started, I don’t come from money as a background, I didn’t have any budget and I just loved that social media sort of levelled the playing field – anybody can leverage it to make their business work.” 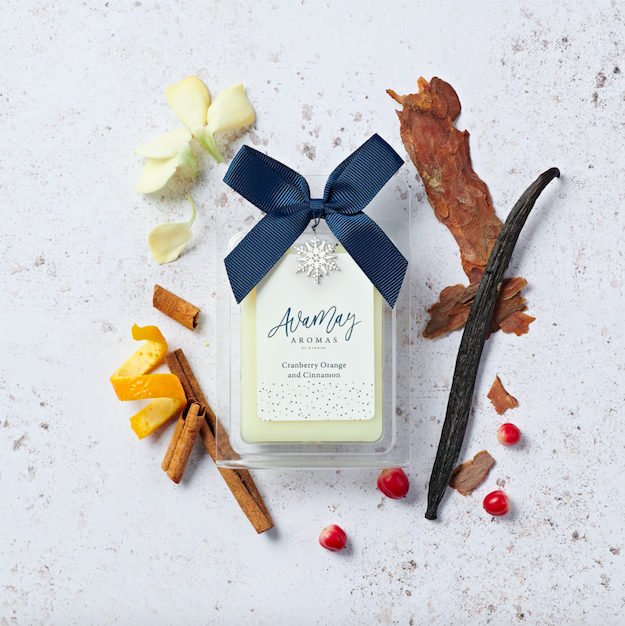 “There are so many people out there at the moment who have been made redundant or have lost their job and are probably looking for something else to do. And as much as it’s really scary, with a lot of horrible things happening at the moment, there’s so much opportunity as well. There’s always something that can be done. So I’d just like to encourage anyone who’s thinking about starting up their business venture to go for it. Because if I hadn’t taken that leap at the time I knew I would never have started this, you never know what could happen.”

The post Interview with Hannah Chapman, Founder of Ava May Aromas appeared first on Tekrati.

This Is Tej Brahmbhatt, Managing Partner at Watchtower Capital

7 Amazing Dog-Friendly Travel Destinations In The U.S. For 2021

The insurance of homeowners in Florida