The Islamic State (IS) group has launched more than 100 attacks in north-eastern Syria over the last month alone and is terrorising many towns and villages at night.

The violence is concentrated in the largely desert province of Deir al-Zour.

Syrian researcher Ali (his real name, along with the name of the non-governmental organisation he works for withheld for his own protection) has been compiling statistics on the attacks. He says the violence is taking many forms.

Ali says civilians are most vulnerable after sundown, when IS fighters move into what’s fast becoming a security vacuum.

“At night they are in fear [and] in the hands of IS fighters. They used to go to the authorities [for protection] but nobody responds. They always say we don’t have enough arms to fight them, so they evacuate. After sunset all the soldiers related to the SDF [Syrian Democratic Forces] leave the town.”

Amira (not her real name) has relatives in the SDF, a Kurdish-led force which spearheaded the fight against IS in the region with the support of a US-led coalition, driving it out of territory the jihadists had captured and controlled. She says her town is now a terrifying place after darkness falls.

“In the area that I live in at night it’s almost under the IS members’ control. They are moving around, attacking houses and threatening people. It’s frightening… as [the] SDF almost has no control over the city at night… but also during the day even. There is no day passing without one or two people getting killed.”

Amira says that anyone thought to have links with either the Damascus government or the SDF are most at risk. The former are often told by IS members to quit their jobs or face the consequences. Those believed by the jihadists to have connections with the SDF are often killed without warning. 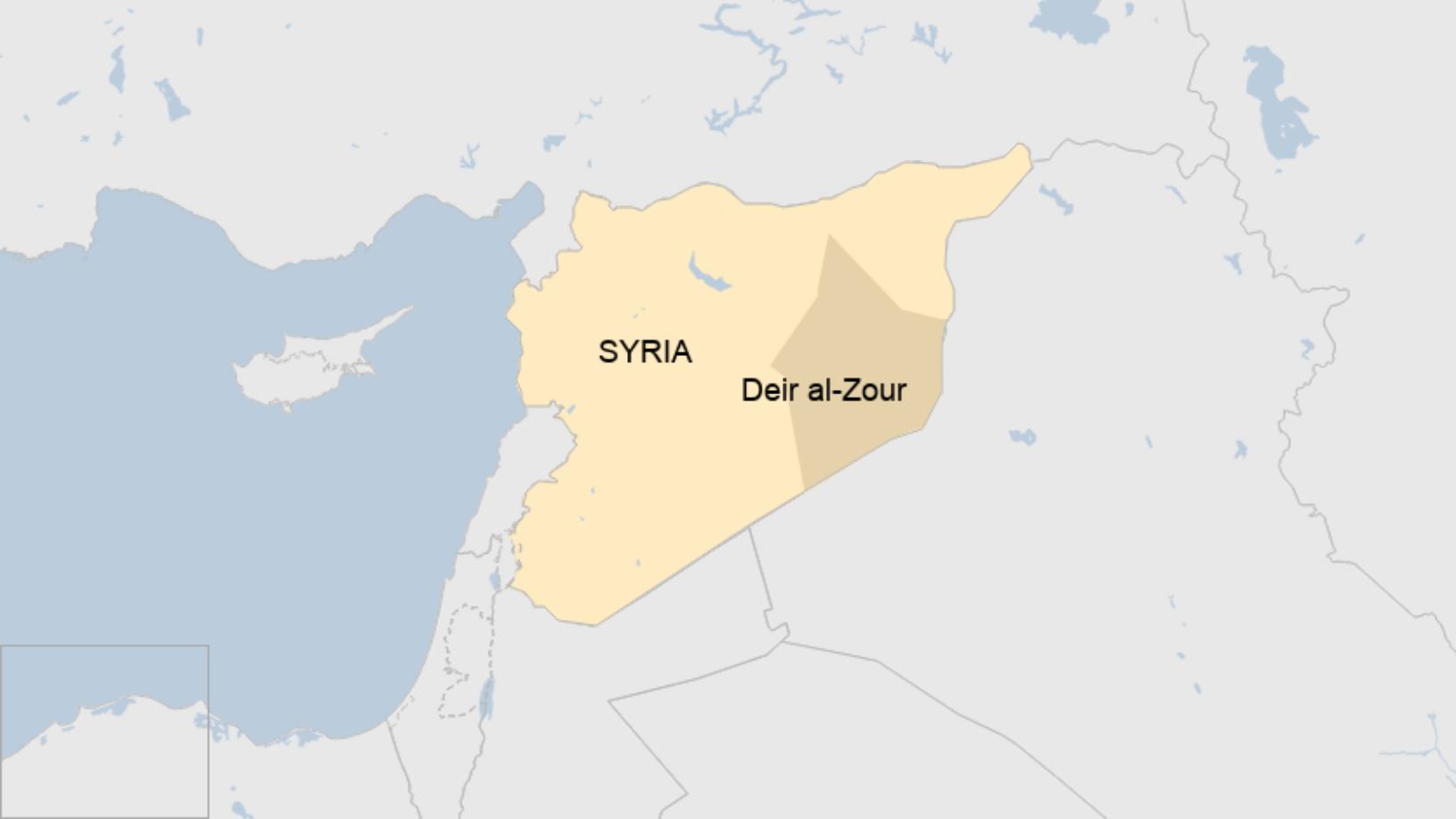 Shopkeepers and other businesspeople are also being targeted, usually via threatening texts or phone calls. They’re told to pay large sums, sometimes as much as $5,000 (€4,200; £3,700), or face family members being killed or kidnapped.

Some local criminals are now taking advantage of this climate of fear by pretending to belong to IS and demanding money using similar threats.

Amira says that because local security forces have failed to stop this, some people have resorted to calling on the jihadists themselves for help.

“Recently three men were threatening people, saying they were from IS. But instead of paying them the people asked the jihadists if they were really were members of theirs. IS said they weren’t and killed all three of them.”

At the height of its success, the self-proclaimed IS “caliphate” stretched across vast areas of Syria and Iraq, and was the about the size of the UK. But after a series of defeats the jihadists lost their last piece of territory in March 2019.

At the time, America’s then president, Donald Trump, announced that the group had been “100 per cent defeated”, but that assertion has proved to be well wide of the mark. Last year, IS claimed to have carried out nearly 600 attacks in Syria and more than 1,400 in neighbouring Iraq.

There are around 10,000 IS fighters in Syria and Iraq, UN experts believe, and its Under-Secretary General for Counter-Terrorism, Vladimir Voronkov, fears that the group is once again a growing threat.

“After their territorial defeat in Iraq and Syria in 2019, IS started to reconstitute in a covert network, and this strength has continued,” he told the BBC.

Some fear that with much of the world preoccupied with the Covid-19 pandemic the situation could get even worse.

Among them is Amira. She insists that unless more effort is put into fighting the jihadist threat, growing numbers of local people may take the view that if you can’t beat them, join them.

“If the situation continues as it is, I think people will go back to actually supporting IS in the area. Because when IS was in control, yes it was scary and yes, they were killing people, but there was some kind of safety in a way, compared to the current situation.”

Hayabusa-2: Pieces of an asteroid found inside space capsule

Once the future, US now captive to its past