While Chirindo Chisubi was still mourning her husband, she was shocked by a question asked by the police investigating his death in Kenya’s Kilifi County on the Indian Ocean coast.

“This man, your husband, was he a sorcerer?” they asked the 63-year-old newly widowed woman.

Her husband, Dzuya Chisubi, had been hacked to death over accusations that he practised witchcraft.

Ms Chisubi knew that her husband had never been a sorcerer and believed the killing was over something else – a dispute over land.

“I told them [the police] that since I got married to him, I had never seen anything in him to show that he was a sorcerer,” she said.

The death of her husband pained her, although she believed that there was nothing she could do.

She had been told that the husband’s own brother planned the killing, she told the BBC, saying the hired killer had confessed to the police.

The two men were arrested and charged. Both denied the allegations.

Many graves in the village

Ms Chisubi’s pain is a familiar experience for the residents in Buni Kisimani in Kilifi, whose relationships are at times soured and torn apart because of the widespread belief in witchcraft.

A number of graves dot the village, some of which are the result of gruesome killings.

In this region, it is not uncommon for misfortunes including common illnesses or deaths in the community to be associated with witchcraft.

Often, elderly men are accused of sorcery and blamed for these misfortunes. The punishment is at times brutal death.

The victims are often hacked or burnt to death. Some are killed by their own relatives.

Traditional beliefs coexist with Christianity and Islam, which are Kenya’s dominant religions. A survey by Pew Research Center, conducted in 2010, showed 11% of Kenyans believed in witchcraft.

The government does not collect data on the prevalence of the belief in witchcraft, which is illegal and attracts up to 10 years in prison, but local media often report on incidents depicting the practice across the country.

These often include the lynching of those suspected of sorcery.

The police told the BBC that in Kilifi County alone, more than 150 elderly men have been killed on allegations of witchcraft in the last two years.

Naturally, the old men and women in the village of Buni Kisimani are living in fear for their lives.

When the BBC arrived here late last year, there were many young men around, some on boda bodas (motorcycle taxis), the ubiquitous mode of transport in the area. It was hard to spot an elderly man.

Perhaps unsurprisingly, the mention of any old man’s name appears to raise eyebrows. The association of the elderly with sorcery creates fear among some sections of the population.

But the elderly and some of their relatives also live in fear that they might be attacked because of such beliefs.

A few metres from Mr Chisubi’s grave in the village lies another one – that of Mwakoyo Dzayo’s father, who was killed last year. 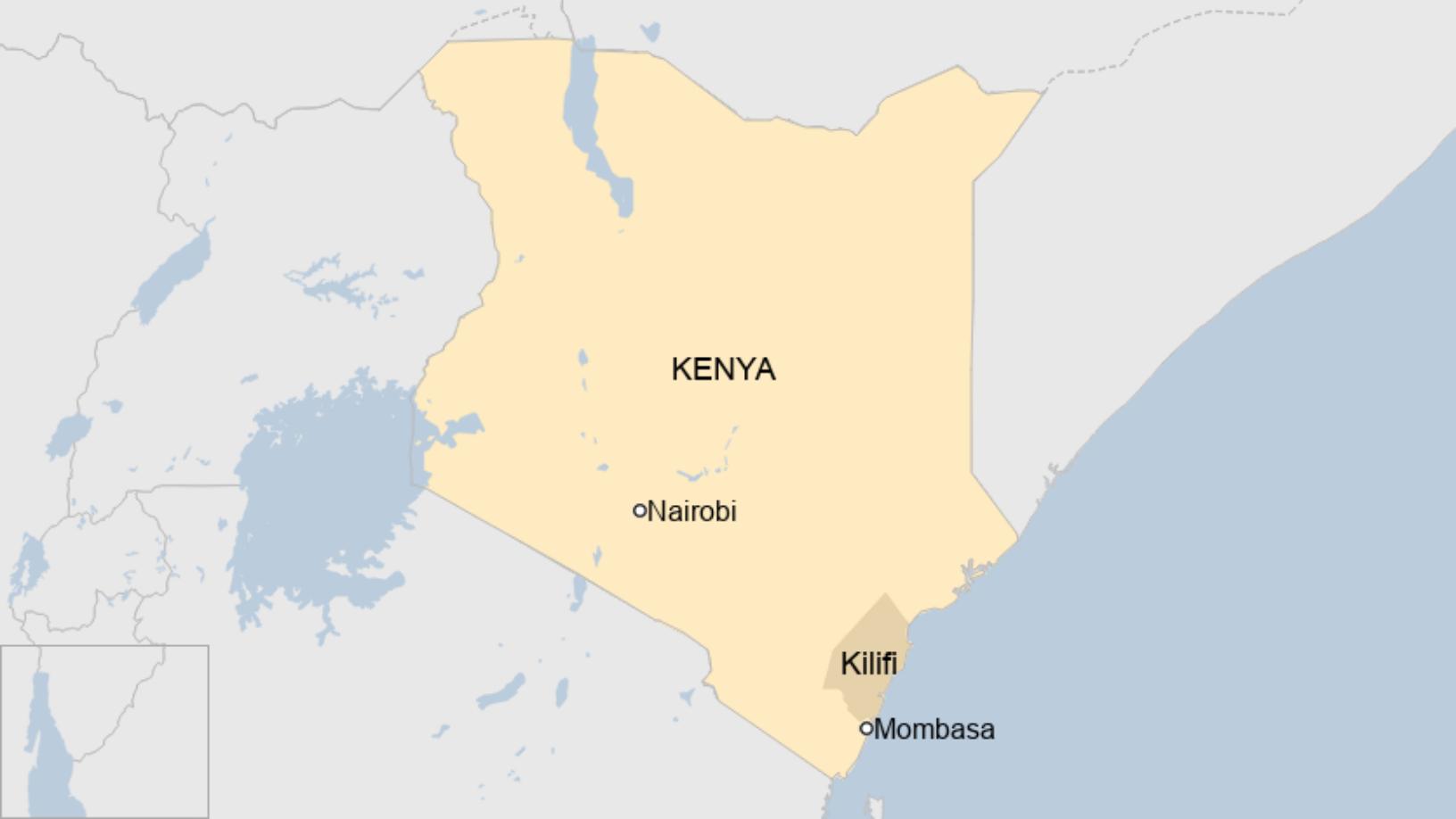 Mr Dzayo says his father was killed on suspicion that he was a witchdoctor, an allegation that he denies.

“I have not seen him, not even for a day, as a witchdoctor,” he says.

What is being done about it?

The authorities say they have arrested and charged 28 people over the deaths of old men in the area.

However, the outbreak of the Covid-19 pandemic has delayed some of the cases, including that of Mr Chisubi’s killing, which is due back in court later in February.

Khamisi Mwaguzo, the programme coordinator of the Kenya Muslim Youth Alliance, has also been trying to get to the bottom of the issue – and says that everyone needs to get involved.

He notes that different groups within the society have been blaming one another for the problems based on religious or cultural differences.

He has been bringing the groups together to teach and reconcile them.

“Some of the Christians say the Kaya [traditional cultural] leaders are devilish, that they are backward people.

“The Kaya people say the religious people are the reason why most of the elders are getting killed,” he says.

Mr Mwaguzo says all the groups including Christians, Muslims and the Kaya elders “must come together, preach peace and teach the residents that there is no witchcraft here”.

“The young people must learn to earn their own living instead of solely relying on land belonging to their elderly parents,” he says.

It is just over a year after Ms Chisubi’s husband was killed, and she holds on to the hope that justice will be served.

She does not believe that the death of her husband had anything to do with witchcraft, which he was accused of, but rather a dispute over land inheritance with his brother.

“They had a farm that belonged to their father, all that remained was to get a surveyor so that they share the land,” she said. 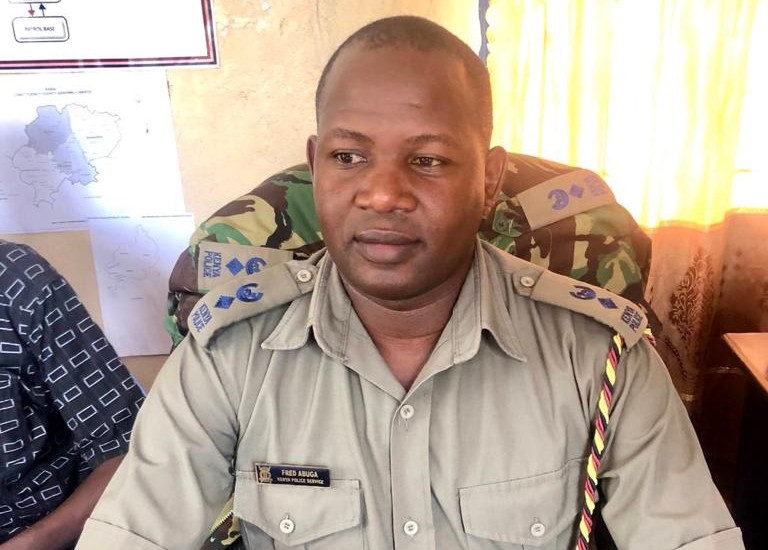 “It’s the younger people who don’t own land and have no decent means of earning their livelihoods who are involved in the crimes.

Rabai police commander Fred Abuga says land disputes and greed for quick wealth are the primary cause of the killings in the area, according to their investigations.

“The root of all these issues has to do with land. You find that many elderly men own titles to the land.

“It is the younger people who are not involved in land matters, own no land, and have no decent means of earning their daily livelihoods who are involved in the crimes,” he says.

‘We are not free’

Despite the attempts to deal with the issue, the killings have not abated.

“As we are talking now, one of our elders in Kaya Chonyi [one of the Kaya sub-groups] is lying in the morgue in Kilifi,” says Daniel Mwawara Garero, chairman of the local council of elders.

“Even in one of the homesteads here, there is an elderly man who was slaughtered just the other day, so the killings continue and we are living in fear,” he says.

Even Ms Chisubi’s family is still uneasy over what has transpired since her husband was killed.

“Now he is angry at my children,” she says, about her brother-in-law who was freed after denying allegations against him in court. The man who confessed is still in prison awaiting trial.

“We are being asked to leave our land because we talk too much and we don’t know what this talking too much is all about.

“We did not report him [to the police], the killer is the one who did.

The foul-smelling fuel that could power big ships