Cloaked by darkness and guarded by police, they huddle together at the port: the latest migrants to reach Lampedusa, out of the shadows and into Europe.

More than 2,000 have reached the southern Italian island since Saturday, raising fears that the warmer weather could bring a new rush to Europe’s shores.

Around the new arrivals, fragments of aluminium thermal blankets flutter in the air, buffeted by the winds they faced on their crossing from Libya.

“This is a matter of responsibility of the European Union,” says Marta Bernardini from the NGO Mediterranean Hope. 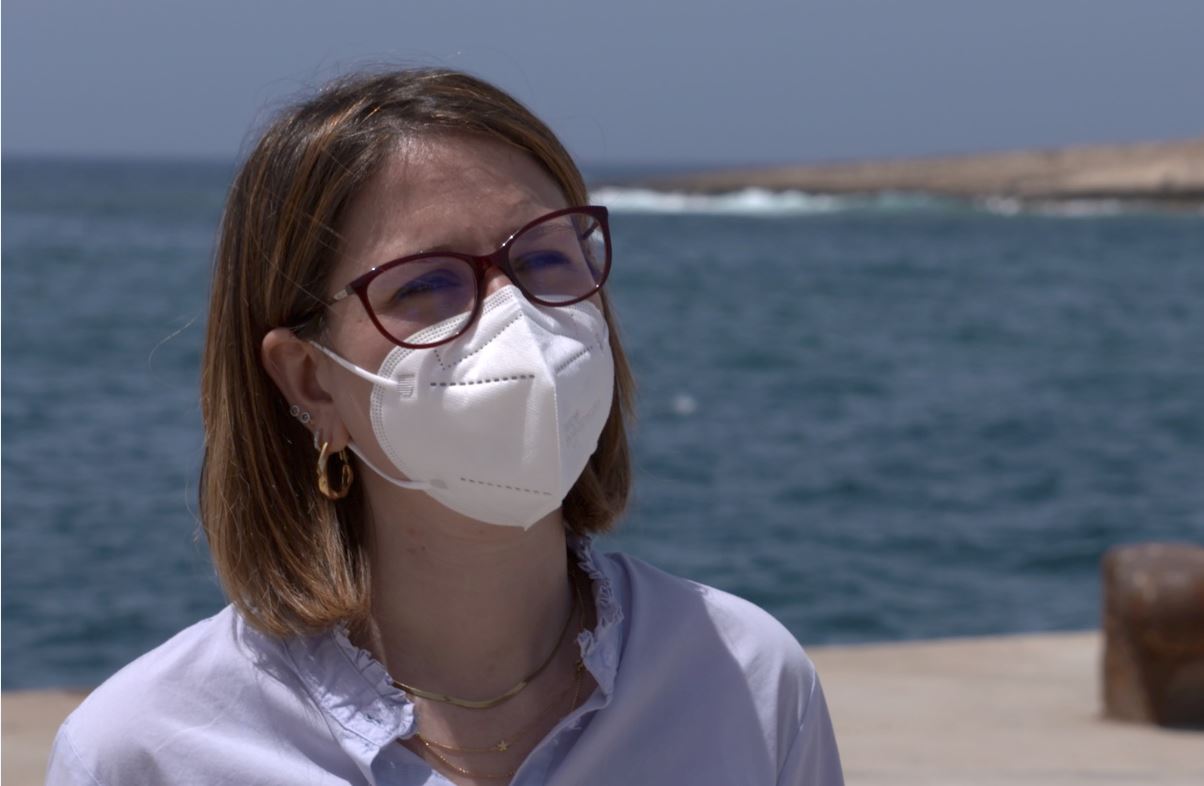 We’re here to welcome people and say you’re alive. We also want to say welcome to Europe your rights are important to us, we’ll look after you. But at the moment we don’t feel this

The Italian government has called for solidarity from its EU partners, with the interior minister urging “structural changes” to migrant management within the bloc.

For now, it’s falling on deaf ears; Austria has already ruled out accepting any of the recent arrivals from Lampedusa.

The uptick has once again filled the island’s migrant camp, which was designed to hold fewer than 300. It now has five times that number, with dozens more held outside on the dusty road.

Most are barefoot, using whatever they can find to take shelter from the sun. Police stop us from talking to them.

But through the fence of the camp, Hidaya Ahmed from Nigeria was keen to talk.

“I want to work, I want to feed my family, they are dying,” says Hidaya. “I lost about four sisters, all because of hunger. Then we came to Libya and they put us in prison for three months. They treated us like slaves – sometimes they gave us money, sometimes nothing.”

She tells me she paid smugglers 8,000 Libyan dinars (£1,300; $1,800) for the three-day boat crossing to Lampedusa. Italian intelligence reportedly estimate that 50-70,000 people may be on Libya’s shores waiting to take a similar journey.

Another woman, Shantleen from Cameroon, says she did not intend to leave Libya, where she had a restaurant, but robbers came to her home, stole everything she had and raped her. She breaks down in tears as she shows her hand, which she says was injured in the attack.

“I’m sorry,” she says, “I don’t want to talk about what happened in Libya. I don’t know where I want to go to, I just need help. Wherever they want to keep me is fine. What I need is help.”

Does she believe Europe will want her, I ask, given that she arrived through illegal passage.

“Let them say that I came in an illegal way,” she replies “but if they ask me and hear my story, they will understand my pain.”

Most of the migrants here arrive from countries that don’t qualify for asylum. Those whose claims are rejected are in theory deported, but it’s not clear how many are really being sent back.

Lampedusa and its population of around 6,000 have shown immense resilience and, for the most part, hospitality over years of migratory pressure. At the height of the EU’s migrant crisis in 2015, some 20,000 landed on its shores.

But, for some, patience has run out. In the European elections two years ago, the far-right, anti-immigrant League party of Matteo Salvini garnered almost half the votes on the island. It is part of the new national unity government, which is being strained by the recent arrivals.

As a tug boat brings in another group of migrants picked up nearby, Atillio Lucia, a representative of the League, stands at the port shouting abuse and expletives.

“It’s time to say enough after 30 years,” he tells me later. “I want the migrant camp to be closed immediately and a naval blockade so they can’t access the island. 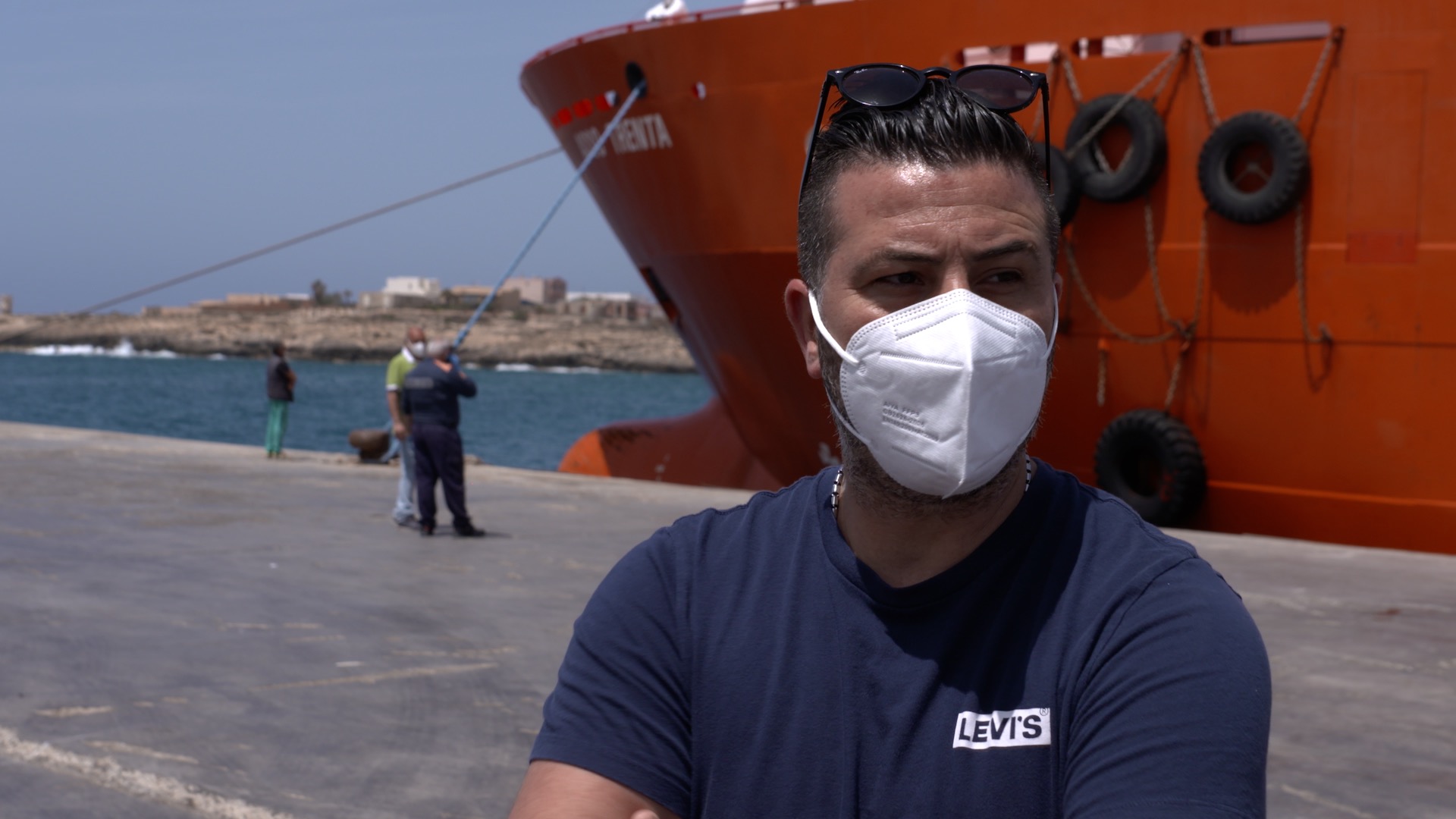 They should be helped in their own countries, not come here where the authorities spend millions on them but let us die

The European Union adopted what it called a “migration pact” last autumn, which included plans for more assistance to countries of origin in return for better policing of their borders.

Some here are calling for a financial package for Libya to stop the boats, in the style of the EU’s €3bn deal with Turkey in 2016, which massively reduced crossings to Greece.

Until a solution can be found to halt the traffickers, this tiny, rocky island will wait to see whether the recent arrivals are just a temporary spike – or whether a hot summer awaits on the horizon.

Find out more about the migrants trying to reach Europe: