Mitholz, population just 170, is at first sight an idyllic place in Switzerland’s beautiful Kander Valley. But its tragic history has come back to haunt it.

The village’s geranium-covered houses are traditional wooden farming chalets, many still with living space for people upstairs, and stalls for farm animals below.

Some have inscriptions: “Out of the horror, I am rebuilt” or “What was destroyed in a moment cannot come back. Now we look forward with hope.”

“I was 12,” she says. “I, my mother and my grandmother were asleep. There was a huge explosion, we saw fire everywhere, and mum said: ‘We’ve got to get out!’

“We ran out into the night, there was deep snow. My mother carried my grandma on her back.”

The explosion came from a vast World War Two Swiss army munitions depot buried in the mountain above Mitholz.

It was supposed to be safe but, in December 1947, 3,000 tonnes of ammunition blew up in what was, at the time, the world’s biggest non-nuclear explosion.

The blast was heard 160km (100 miles) away in Zurich, the houses in Mitholz were destroyed, the snow turned black. Nine people were killed, many more were injured.

Today, the mountain above Mitholz bears a huge pale scar, where the entire mountain side was blown away with the force of the blast. The village still nestles beneath; the destroyed houses were lovingly rebuilt in traditional alpine style within a year.

Everything returned, apparently, to normal. Most of the families who live in Mitholz today have lived here for generations. But Sven Meier, who spent the first part of his life in hectic Zurich, moved here for the peace and tranquillity.

“Life is different here, more relaxed, no stress,” he explains. “I sit in my garden and I can see the beautiful mountains, the little river – nature, no buildings, no streets.”

Unfortunately that alpine idyll is about to change. Three thousand tonnes of ammunition may have blown up in 1947, but 3,500 tonnes were left. “They tell us they have to remove it from the mountain so we all have to leave,” says Sven.

The shock news came after a new geological survey carried out by Switzerland’s defence ministry revealed the remaining ammunition did, after all, pose a risk. Ministry officials travelled to Mitholz to tell the villagers the bad news.

Thousands of ageing bombs and shells would be removed piece by piece. For their safety, the villagers would have to move out – for at least 10 years.

Mitholz will become a ghost town.

So what happens now? No-one seems quite sure. The houses are being valued for compulsory purchase, the local authorities are looking for safe land to build new accommodation.

But no-one has been given a value for their house yet, or a new place to go.

Claudia Schmid, another resident, tries to put a brave face on things, but losing the house she describes as “her dream” is clearly hard. 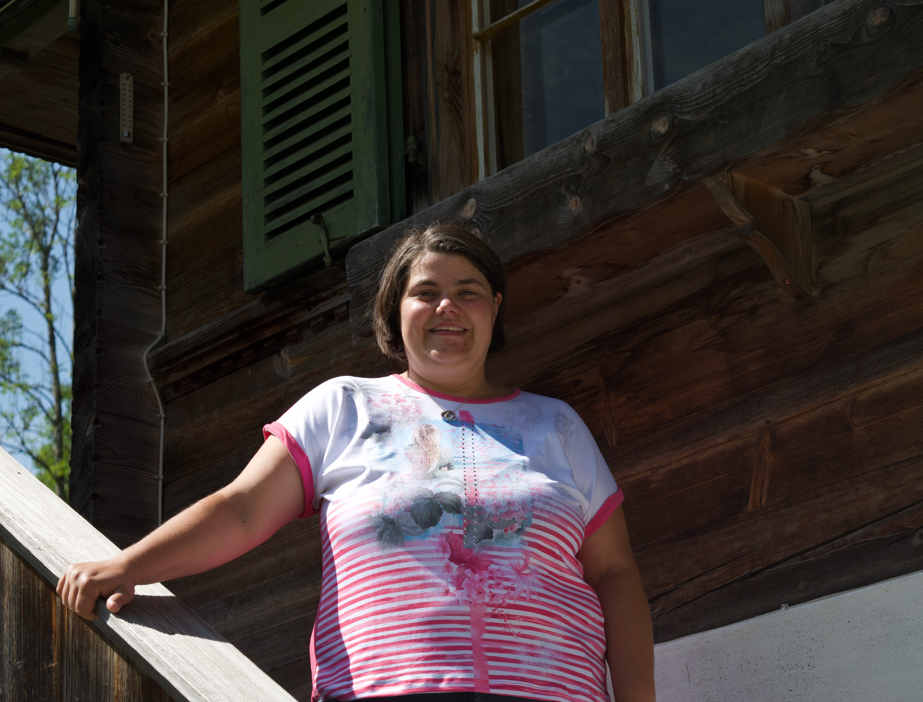 We were so happy to get this little house. We wanted to give our children a life in nature, the way we grew up.

“We invested a lot,” she says. “Right before they told us we would have to leave, we put in a brand new kitchen.”

But while Claudia is philosophical about the actions of the army – “they didn’t have the technology to take it away safely before” – others are not quite so generous.

“People were angry when they found out,” says Sven. “We thought, that’s horrible, it can’t be true.”

“They told us it was safe,” remembers Ida. “We thought all the munitions were gone. Now we know they weren’t. We didn’t pay enough attention.”

It’s not the first time Switzerland has had to remove dangerous explosives from public spaces.

During World War Two, many key tunnels, alpine passes and bridges were mined, in a bid to thwart invasion. The practice continued during the Cold War, and for decades the explosives stayed where they were, apparently forgotten.

In 2001, 11 people died in the Gotthard Tunnel when a fire broke out following a collision between two lorries. It emerged that large quantities of explosives stored there years ago were still in a depot close to the tunnel mouth.

It’s rumoured that local fire officers, having heard about the stockpile, were reluctant to enter the tunnel to fight the blaze. After they successfully put the fire out, the army arrived, bomb disposal equipment to hand.

Today the defence ministry is doing its best to reassure Mitholz residents that they will have as much say in what happens as possible. But that’s not much compensation for losing your home.

Claudia Schmid, whose children are just four and six years old, is clinging to the hope that, after 10 years, she may be able to return to her dream house. But she doesn’t know yet if the army will look after the empty properties during the decade it will take to dispose of the munitions.

Sven Meier is determined to make the most of every day in Mitholz while he can. “I’ve got another couple of years before I have to move,” he says. “I’m relaxed, I try not to think about it every day.”

George Pell: Cardinal to return to Rome for first time since acquittal