Gunmen have killed a school pupil and abducted 27 other children in a night-time raid on their boarding school in north-central Nigeria, state governor Abubakar Sani Bello has said.

Three members of staff and 12 of their relatives were also abducted, he added.

About 600 boys were asleep in their dormitories when the school in Kagara town in Niger state was raided, the principal Danasabe Ubaidu told the BBC.

The security forces have been deployed to help with rescue operations.

The motive for the attack is unclear, but criminal gangs often carry out kidnappings for ransom in parts of Nigeria, says the BBC’s Ishaq Khalid in the capital Abuja.

On Monday about 20 people who were returning from a wedding ceremony were abducted after an attack on their bus in Niger state. Their fate is unclear.

In December more than 300 schoolboys were seized in the town of Kankara in the north-western state of Katsina. They were later released following negotiations with the gunmen. 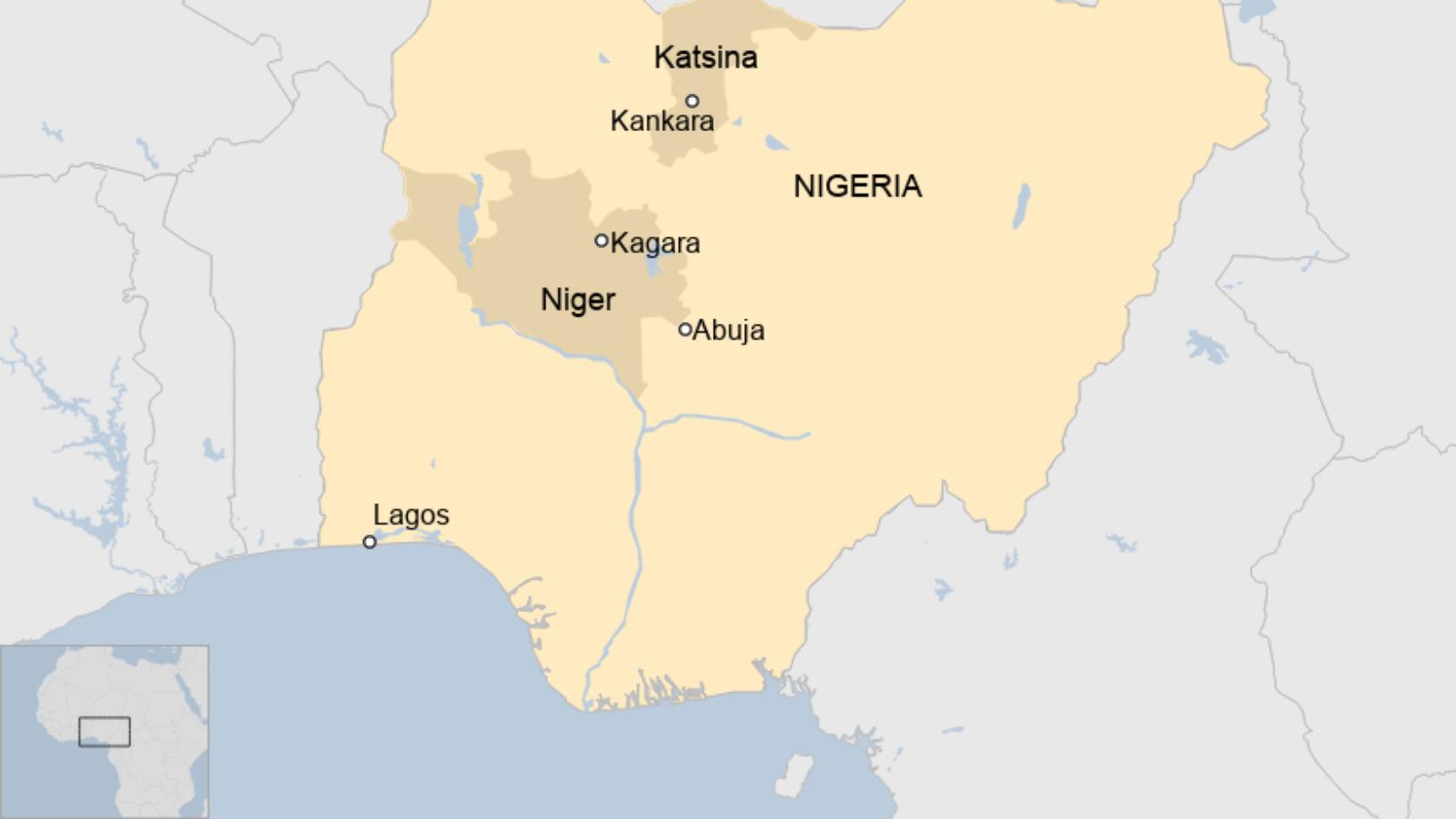 In the latest attack, the gunmen wore military uniforms and stormed the state-run boarding school for boys in huge numbers, before taking students into a nearby forest, the AFP news agency quoted an unnamed security source and an official as saying.

Troops with aerial support were trying to track down the attackers, AFP quoted the security source as saying.

Mr Ubaidu told the BBC that some of the children had managed to flee into nearby bushes and were now returning.

An uncle of four children at the school said that all his nephews survived, but another pupil was killed.

“They told us that some people in military uniforms knocked at the doors of their dormitories and asked them to come out for morning assembly. But the students dispersed in different directions.

“One of them said his colleague was shot dead beside him by the gunmen as he tried to flee,” the uncle said in an interview with BBC Hausa.

Describing the attack as “cowardly”, Nigeria’s President Muhammadu Buhari said he had deployed a team of security chiefs to co-ordinate rescue operations.

Mr Buhari has been under intense pressure to tackle insecurity, including an insurgency by militant Islamists in the north-east. Those militants have also been involved in the mass abductions of schoolchildren.

Living in fear of gangs and insurgents

This was not the first time he made such a promise. In fact, it was one of his election promises when he came to power in 2015. But more than five years later, many Nigerians are still worried about insecurity.

The attack on the school in Kagara was the latest in a series of attacks on schools, either by criminal gangs or armed insurgents.

Parents fear for the safety of their children, and want security to be stepped up. They also point out that disruptions to schooling could have devastating consequences for their children’s future – and Nigeria’s future.

But the insecurity is not limited to schools. On an almost-daily basis, there are reports of gangs attacking communities and travellers.

Analysts believe that a multi-pronged approach is required to end the insecurity, including more military operations to flush out gunmen from their forest hide-outs and more efforts to create jobs in a nation where many people are unemployed.

Joe Biden: How the president-elect plans to tackle climate change

The pioneering lawyer who fought for women’s suffrage in India