A girl abducted from a secondary school in Nigeria’s Zamfara state says that despite her horrific ordeal, she is keen to return to school – but not until the security situation improves.

Speaking to BBC Hausa, the girl, who we have not identified for own security, described her terror the night gunmen seized 279 of them and marched them into the forest but said the experience won’t stop her education.

“I really want to go back to school because I want a bright future – but we need government to deploy permanent security forces to our school before I can have the courage of going back,” she said.

She described how the loud bangs and gunshots that woke them up at around 01:00 last Friday, as armed men broke into her hostel, left most of the students in shock.

“We thought it was our teachers that had come to wake us up for morning prayers.

“Then there were gunshots as the men came into our hostel – at which point we were all screaming,” she said.

The men then threatened to shoot whoever continued screaming, terrifying the girls further.

The girls were then taken to the assembly ground and asked to point out the other hostels by their captors.

“Some of them stayed with us while the others went to the remaining hostels and got the other students. Then they ordered us out of the school, shooting into the air, and marched us into the forest behind the school,” she said. 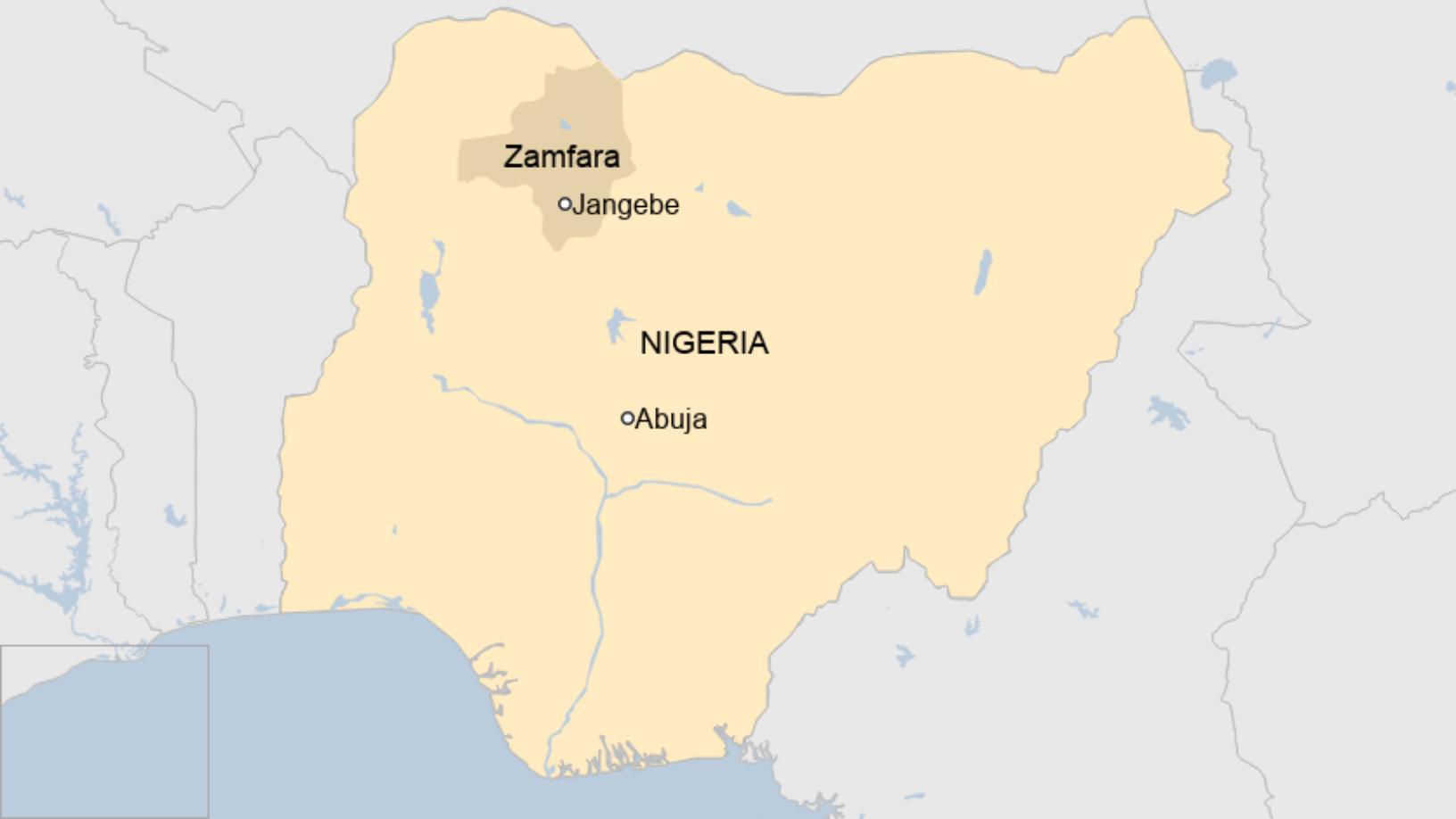 Most of the girls had no shoes as they walked for miles among thorns through the forest, some had only a night dress on, while one had managed to snatch her bedding from the hostel. It would later save a colleague from the cold.

All 279 girls that were abducted by the gunmen who attacked the Government Girls Secondary School in Jangebe have now been released.

The girls who have now returned home were exposed to further trauma on Wednesday when armed forces reportedly opened fire at the reunion with their parents.

At least three people were reportedly shot at the official handover ceremony but it is unclear if there were any deaths.

‘They hid us in caves’

After walking for miles mostly in the dark in the forest, the girls were forced to sleep in caves by their captors.

“We travelled for at least 12 hours… by the time we arrived at their camp we were extremely tired.

“They divided us into two groups. There were two big trees with wide caves near a waterway, and they asked each group to enter the caves.

“The cave was too small for each group but that was how we managed,” she said.

She says that not all of the girls had been able to keep up with the trek.

“They did not come with vehicles, but when we reached a big mountain and they realised most of us were tired and could not continue with the trip, they called for motorcycles.

“Those who were overweight or weak were allowed on to the motorcycles, but not before they were whipped by the men,” she said.

At the camp the girls were made to cook their own food, with their captors escorting them to a river to fill jerry cans with water.

Food was rice, beans and guinea corn flour which they ate together, the same thing, twice a day.

The girl said their kidnappers spoke only Fulfulde, a language spoken by the Fulani people of northern Nigeria.

She did not understand the language but some of her peers who were Fulani interpreted for the rest of them.

‘We screamed in happiness’

On one occasion, they overheard the men saying the students would not be spared if the government did not pay a ransom.

The Zamfara state governor said no ransom was paid to release the girls, but that he had negotiated through other repentant bandits.

The manner of the negotiations means little to the girls, who were surprised on the day they were released.

“They did not tell us we were going home that day – it was after sunset after our dinner that they asked us to move out.

“We thought they were changing our location and after walking for a long time some of us started complaining,” she said.

They were then shouted at by the men who revealed to them that they were going home.

“We started to scream in happiness but they stopped us short. After a long journey, they stopped at a point and told us to continue till we met security officials,” she said.

‘Can you help me?’: Boy in tears found alone at US-Mexico border