Police in Nigeria have launched a search and rescue operation for 317 girls kidnapped from a school in the state of Zamfara.

The operation comes as 42 people kidnapped from a boarding school in a similar incident last week in Niger state were released.

The kidnappings are carried out for ransom and are common in the north.

The United Nations Children Fund also condemned the abduction of the girls and called for their safe release.

The 2014 kidnap of 276 schoolgirls in the north-eastern town of Chibok by Islamist militants Boko Haram brought global attention to the scourge of raids on schools in Nigeria but the most recent attacks are suspected to be the work of criminal gangs.

What is the latest from Zamfara?

Nigerian police said in a statement that “a co-ordinated search and rescue operation, involving the deployment of both ground and aerial assets” was under way.

Two helicopters have been deployed. 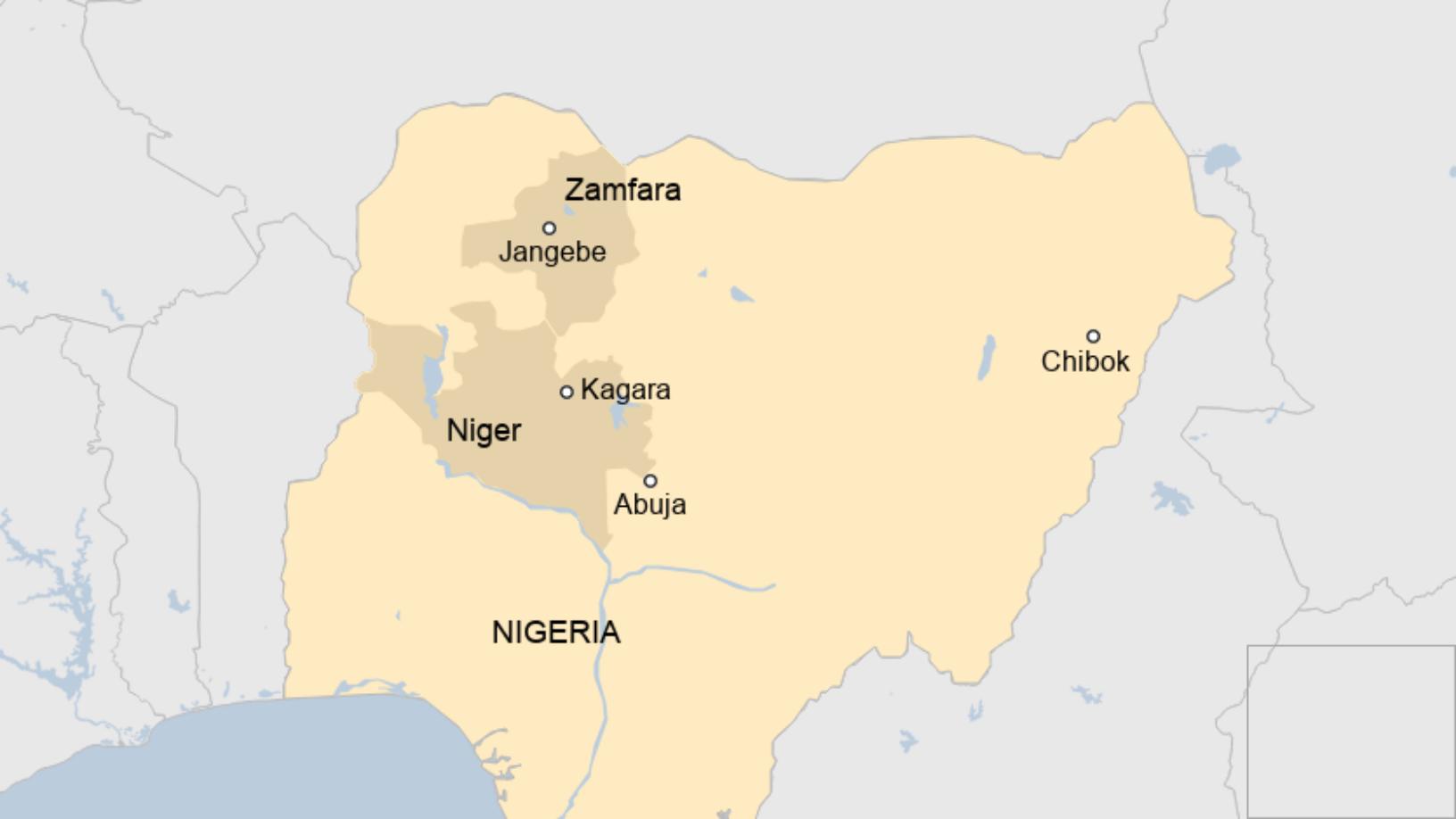 Police also appealed for calm. Residents of the town of Jangebe, where the abduction took place, have reacted angrily, attacking vehicles that entered.

The Vanguard newspaper said that a convoy of journalists was attacked by a mob.

Friday’s attack happened at 01:00 local time (midnight GMT) when a group of gunmen arrived at the Government Girls Secondary School in Jangebe.

Some reports say the girls, aged 12 to 16, have been taken to the Dangulbi forest.

No group has so far admitted carrying out the attack.

What has happened in Niger state?

A total of 42 people including 27 students, kidnapped from a boarding school in Kagara in the north-central state of Niger 10 days ago, have been freed.

An armed gang had stormed the school when the pupils were asleep. One boy was killed.

The group was also taken to a nearby forest.

Niger state Governor Abubakar Sani Bello said in a tweet on Saturday: “The abducted students, staff and relatives of Government Science Collage Kagara have regained their freedom and have been received by the Niger state government.”

The released group is reported to have arrived in Minna, the state capital. No further details have been released as yet.

Why are schoolchildren being abducted?

Every time children are taken from their schools by armed gunmen in northern Nigeria, the kidnapping of the Chibok girls is mentioned.

Similar raids took place before that well-publicised abduction but they received little publicity and they never involved girls.

But global attention generated by the #BringBackOurGirls campaign showed armed groups that the mass abduction of children was a sure way of applying pressure on authorities, including asking for ransom, although the authorities always deny paying.

The government does not appear to have a strategy for stopping these incidents from happening.

But two weeks ago, lawmakers from Zamfara state suggested offering amnesty to repentant kidnappers in exchange for sustainable economic opportunities.

It’s a controversial strategy but one that yielded some positive results in the Niger Delta, which saw a reduction in crime after a similar amnesty programme in 2009.

The government so far says it will not negotiate with criminals.

In the meantime, schools in rural northern Nigeria are more vulnerable than they’ve ever been.

US Capitol: Suspect and officer dead after ‘ramming car’ into police

US snowstorm: Tens of millions on East Coast to be affected