Zimbabwean music mogul Munya Chanetsa felt his hackles rise when he learnt about the royalties battles that have been fought over the song Mbube – also known as The Lion Sleeps Tonight.

It is arguably the world’s most famous song about a lion – and for more than eight decades it has made a lot of money for many people around the world.

But the composer of the catchy tune, South African Solomon Linda, died destitute in 1962.

While US artists were at loggerheads over the lucrative melody, he had been in and out of hospitals and suffering from kidney failure.

His song was brought up as an example of complicated copyright cases during a masterclass course taken by Chanetsa at the Academy of Sound Engineering in Johannesburg earlier this year.

His lecturers recommended that he watch the 2019 Netflix documentary ReMastered: The Lion’s Share about the origins of the song and the battle to get fair compensation for Linda’s descendants. 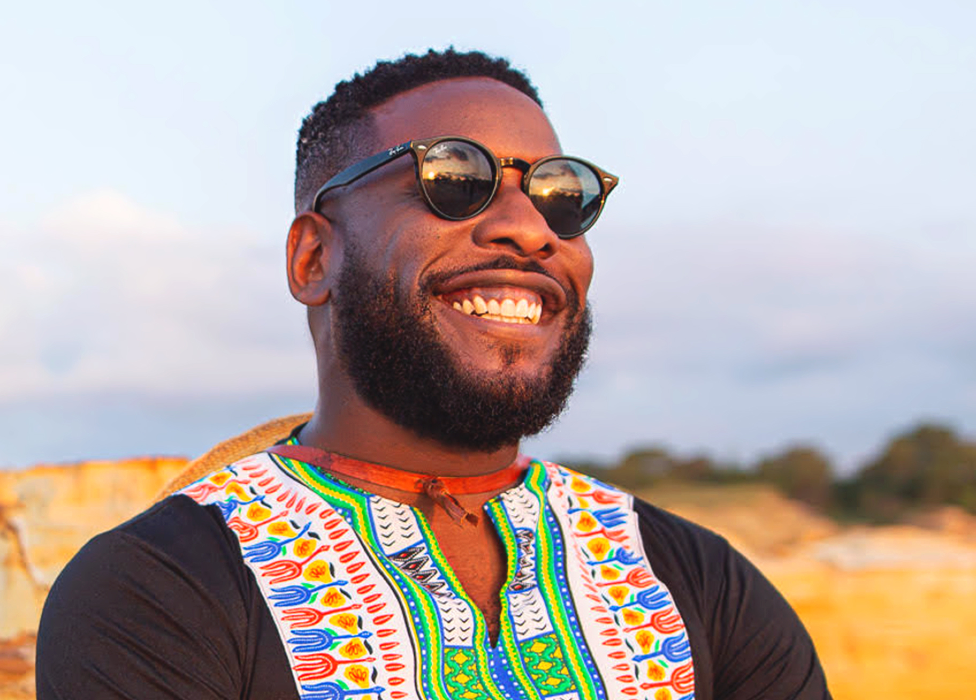 I’ve done what should have been done originally”

It featured South African writer Rian Malan, who first began campaigning on the issue with an article in Rolling Stone in 2000 revealing the genesis of the melody by Linda and his Zulu acapella singers and how it grew into a hit for many groups around the world – including in Disney’s 1994 film The Lion King.

Yet Malan revealed Linda’s family still lived in poverty having received only a small sum from one publishing company.

“That documentary touched me to the point where I said, ‘If nobody is going to do anything, it’s fine, I will take it upon myself to try and do something right’,” Chanetsa told the BBC.

It drove him to do his own research as Linda recorded the original in 1939 with his group the Evening Birds at Gallo Records in Johannesburg where he worked as record packer.

“I found out that the actual song that was [first] made was out of copyright. It is now in what we call ‘public domain’, and that’s when the whole journey started,” Chanetsa said.

He decided that he wanted to organise an arrangement of the song that could correct some of the injustices of the past.

Linda, who improvised some of the tune in the studio, was paid for 10 shillings for the recording, so did not profit when it became a local hit in the 1940s.

Then the track took on a life of its own when it was adapted by the US folk group The Weavers in 1951.

Their version was called Wimoweh, a mishearing of the original lyrics of the chorus “Uyimbube”, meaning “You’re a lion” in Zulu.

According to Malan, the lyrics were inspired by memories of the singers’ cattle herding days as young boys – remembering how a lion on the prowl had been chased away.

The following decade, American lyricist George David Weiss was asked to arrange the song for doo-wop band The Tokens – and he added the English lyrics: “In the jungle, the mighty jungle, the lion sleeps tonight.”

This version of the song known as The Lion Sleeps Tonight went to number one, remains in copyright – and continues to be the subject of legal battles.

Chanetsa wanted his take on the classic Mbube, which fell out of copyright in South Africa in 2012, to be called Mbube 2020.

“Originally, I was talking to the Soweto Gospel Choir because I wanted this project to be grand,” the music producer, who works for Sony/ATV Music Publishing, said.

However, when that plan did not work out he remembered the all-female South African singing group The Mahotella Queens.

“Actually it did work out even better… I was really happy about this decision to have such seasoned composers, the vocalists on this track.”

It was three of the original Mahotella Queens members – Hilda Tloubatla, Nobesuthu Mbadu and Mildred Mangxola, all in their 70s – who agreed to take part in Chanetsa’s personal project.

The saga of a song:

Two of them came out of retirement to perform as they wanted to be part of something that promoted fairer treatment of artists.

Tloubatla says in their early days, like Solomon Linda, they were taken advantage of by some in the music industry.

“They would say, ‘Can you sign a contract for us?’… You’d take the paper, you’d be excited… we never read the contracts in the olden days,” she said.

Chanetsa says the legendary singers’ work ethic was something to behold.

“The two who are in retirement, they’re quite frail and fragile. But when they get into studio, the walking sticks disappear almost like they forget their ages. They just get into performance mode and they’re standing and dancing. I’m so proud of the Queens.”

He also brought on board DJ/producers Bonginkosi Bokkieult and Cuebur to add a contemporary sound to the remix, which was released at the end of September.

“They put together this beautiful beat for me. And, I’m highly grateful for them, for trusting me to put this together.”

He is ensuring that 45% of the proceeds go directly to Linda’s family through the Solomon Linda Trust.

“I’ve done what should have been done originally,” says Chanetsa.

“His grandson is the chairman of the trust. And we’ve engaged directly and they’re very happy with the project.

“I’ve allocated this percentage like an asset. So, they now own 45% of this track with regards to royalties, synchronisation deals and the like.”

It is an equitable arrangement, which Chanetsa hopes goes some way in principle to correcting past slights – as it will only be a speck in comparison to the $15m Malan estimated 20 years ago were owed in songwriter royalties and revenues.

Colorado officer arrested after threatening to shoot suspect during stop