The UK Supreme Court has ruled that oil-polluted Nigerian communities can sue Shell in English courts.

The decision is a victory for the communities after a five-year battle and overturns a Court of Appeal ruling.

The Niger Delta communities of more than 40,000 people say decades of pollution have severely affected their lives, health and local environment.

The oil giant had argued it was only a holding company for a firm that should be judged under Nigerian law.

The Supreme Court, the UK’s final appeal court for civil cases, ruled that the cases brought by the Bille community and the Ogale people of Ogoniland against Royal Dutch Shell were arguable and could proceed in the English courts.

Royal Dutch Shell did not dispute that pollution had been caused, but argued it could not be held legally responsible for its Nigerian subsidiary. Shell is responsible for about 50% of the delta’s oil production.

In 2011 the UN concluded it would take 30 years to clear up the vast amounts of pollution.

Last year the Court of Appeal agreed with the company, but the Supreme Court said on Friday that that decision was flawed.

The communities, represented by law firm Leigh Day, argued Shell owed a common law duty of care to individuals who had suffered serious harm as a result of the systemic health, safety and environmental failings of one of its overseas subsidiaries.

The Niger-Delta pollution has continued despite years of promises by successive governments in Nigeria to clean it up. In 2016 President Muhammadu Buhari launched an ambitious clean-up operation in Ogoniland. The work is ongoing but residents say little progress has been made.

Continued oil spills from the activities of multinationals has also cast doubt on the impact of the clean-up exercise. “Things are getting worse by the day,” Celestine Akpobari, an environmental activist and resident of Ogoniland, told the BBC.

The region provides most of Nigeria’s government revenues but the communities say successive governments have neglected them. Mr Akpobari says people can no longer fish or farm because of the devastation. “People are dying, there are strange diseases and women are having miscarriages” from the pollution, he says. But the communities and campaigners say the recent court victorie gives them hope they will see justice.

Leigh Day partner Daniel Leader said the ruling was a “watershed” for “impoverished communities seeking to hold powerful corporate actors to account”. The firm said the amount of compensation sought had yet to be determined. 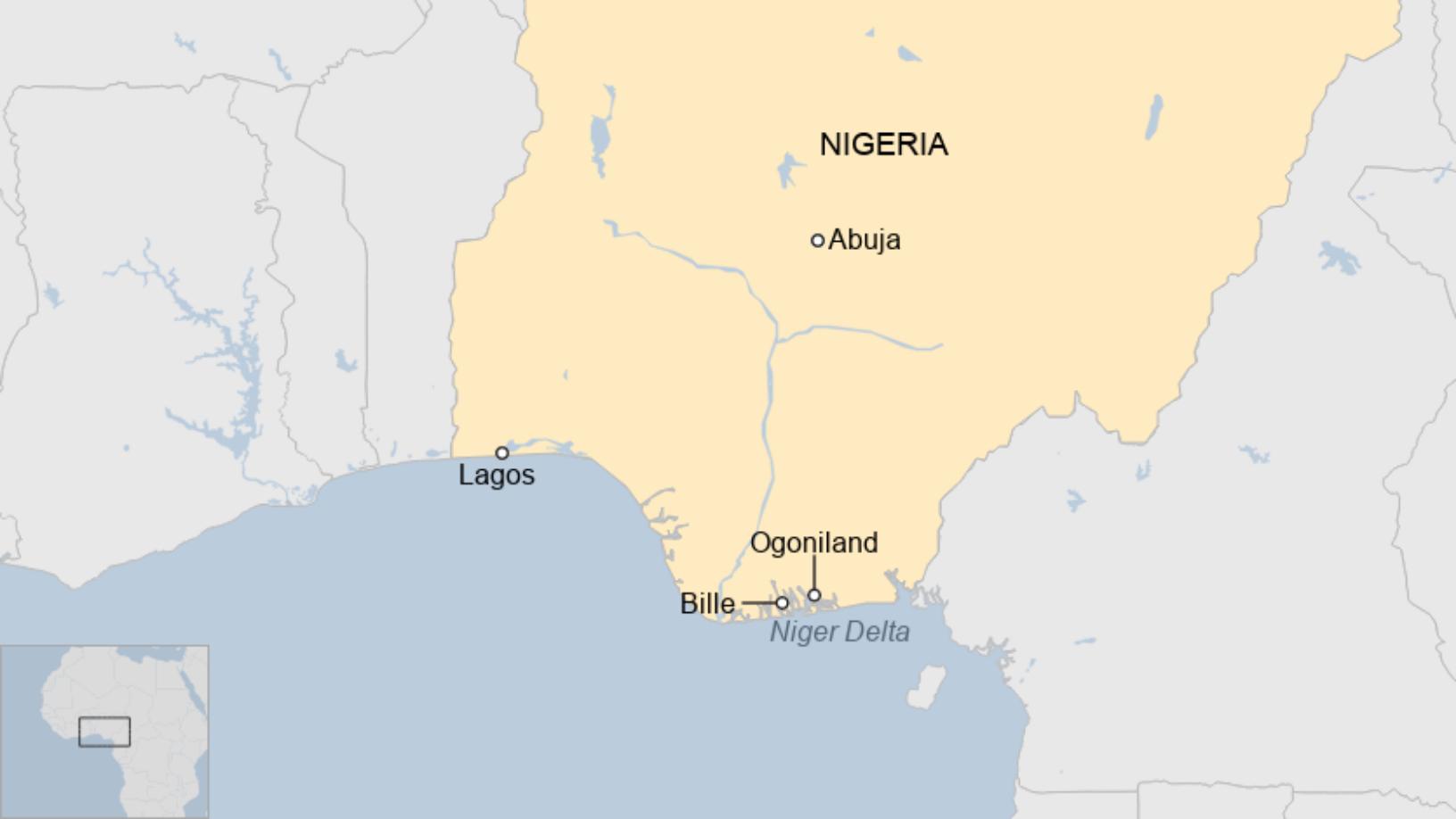 This is the latest case to test whether multinational companies can be held accountable for the acts of overseas subsidiaries.

Amnesty International welcomed the ruling. Mark Dummett, director of Amnesty International’s Global Issues Programme, said the fight had not yet been won, but added: “This landmark ruling could spell the end of a long chapter of impunity for Shell and for other multinationals who commit human rights abuses overseas.”

The Ogale community of about 40,000 people are mostly fishermen or farmers who rely on Ogoniland’s waterways.

But pollution has all but destroyed fishing, turning their lush home into a toxic wasteland.

There have been at least 40 oil spills from Shell’s pipelines since 1989, lawyers say Shell’s records reveal.

UN scientists have found an 8cm layer of refined oil floating on top of water that supplies the community’s drinking wells – vastly higher than is legally permitted.

The water is now too dirty for people to drink. Despite promises to provide clean water, people must often either shell out for bottled water or drink from contaminated sources.

Farmer Damiete Sanipe describes a wasteland where the trees and the mangrove have been destroyed.

“The habitat is gone, the river we used to swim in is gone. For a coastal community whose life revolved around the water, it’s all gone.

“I don’t think money can bring back what we have lost. Even if they want to revive the mangrove, it will take more than 30 years which is a long time.”

In a statement Shell said: “The spills at issue happened in communities that are heavily impacted by oil theft, illegal oil refining, and the sabotage of pipelines.”

It said that, despite the causes of the pollution, its subsidiary had worked hard to both clean up and prevent spills.

Coronavirus: Behind the scenes of developing a Covid-19 vaccine

Myanmar coup: How citizens are protesting through art