It might be best to remain on the sidelines for now.

We last looked at Micron Technology  (MU)  on August 12 and recommended, “Avoid the long side of MU as the charts suggest further declines ahead.” MU has weakened further and one Real Money subscriber is asking what the charts look like ahead of their earnings release scheduled for September 28. Let’s look.

The On-Balance-Volume (OBV) line shows some weakness in August but its next move is unclear. The Moving Average Convergence Divergence (MACD) oscillator has crossed to the upside from below the zero line for a cover shorts buy signal.

The weekly OBV line has been in a bearish decline since April. The MACD oscillator is below the zero line but has been narrowing in recent weeks.

In this daily Point and Figure chart of MU, below, we can see a potential upside price target in the $91 area. A decline and trade at $71.56 could weaken this picture. 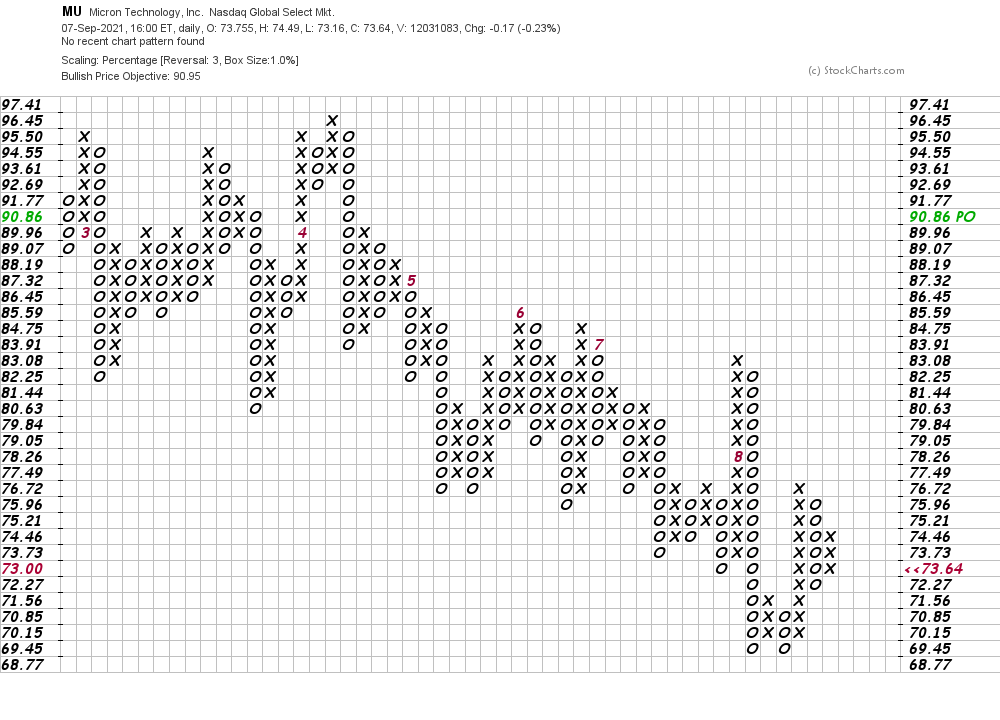 In this weekly Point and Figure chart of MU, below, we can see a tentative downside price target in the $64 area. 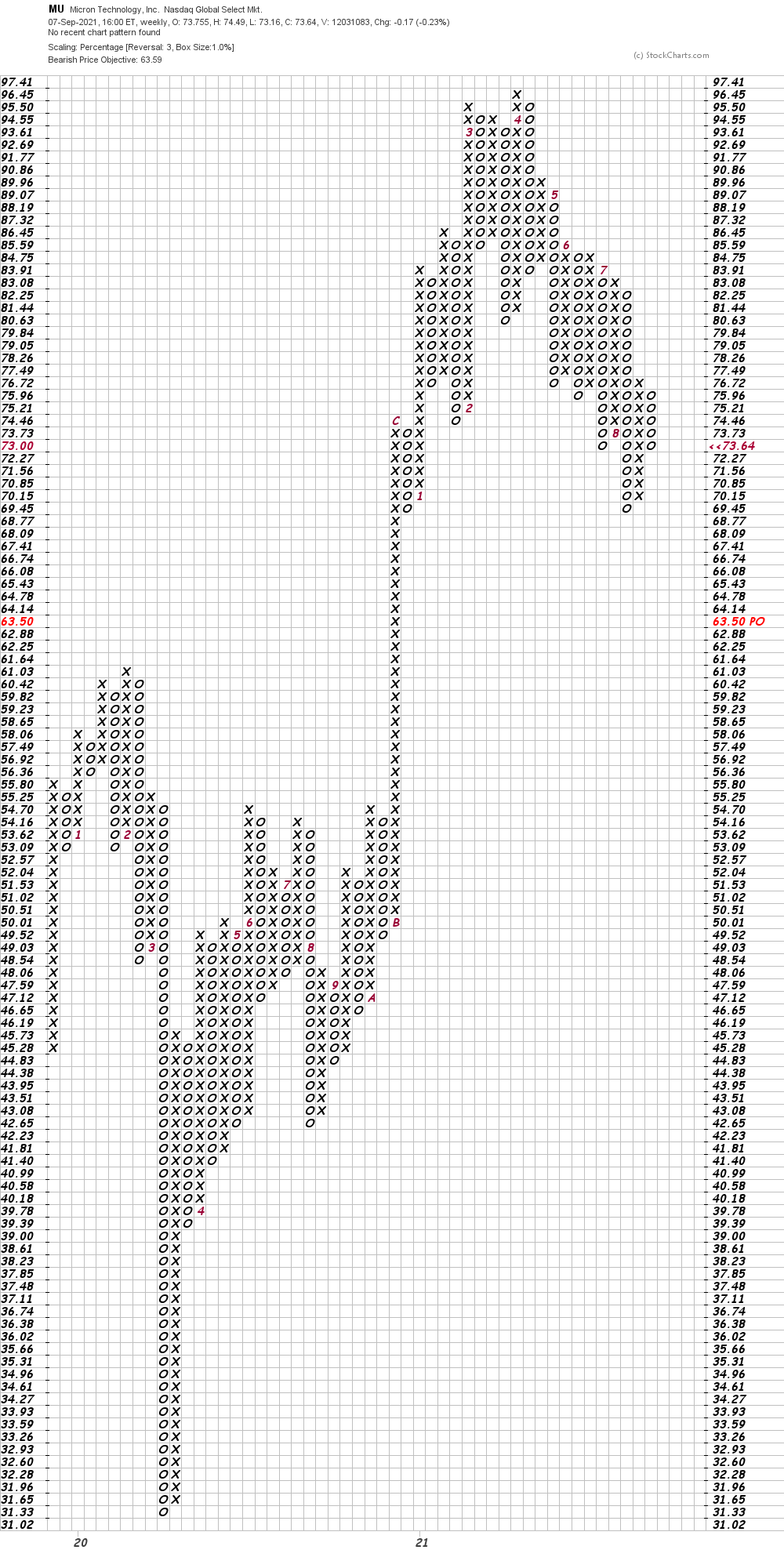 Bottom line strategy: Sometimes we can see technical hints that traders are doing some aggressive buying ahead of an earnings release, but unfortunately I do not see such buying in MU. Maybe that will change in the days ahead but we would be getting ahead of ourselves. Currently I would remain on the sidelines of MU ahead of earnings.