Those held were among 104 retired admirals who signed an open letter warning against withdrawal from an international treaty governing use of the strategic Bosphorus Strait.

The strait, crowded with shipping, is the only waterway linking the Black Sea to the Mediterranean.

The planned canal is an alternative.

The 10 admirals have been charged with “agreeing to commit a crime against the security of the state and the constitutional order”.

That puts them in a similar category to the many military figures prosecuted for the 2016 botched coup attempt against President Erdogan.

“Stay where you are… This nation showed how they defeated putschists to everyone on 15 July [2016]. Know your place!” presidential spokesman Fahrettin Altun tweeted angrily, responding to the retired admirals’ letter.

Some Turkish opposition politicians accused the government of “coup paranoia”. 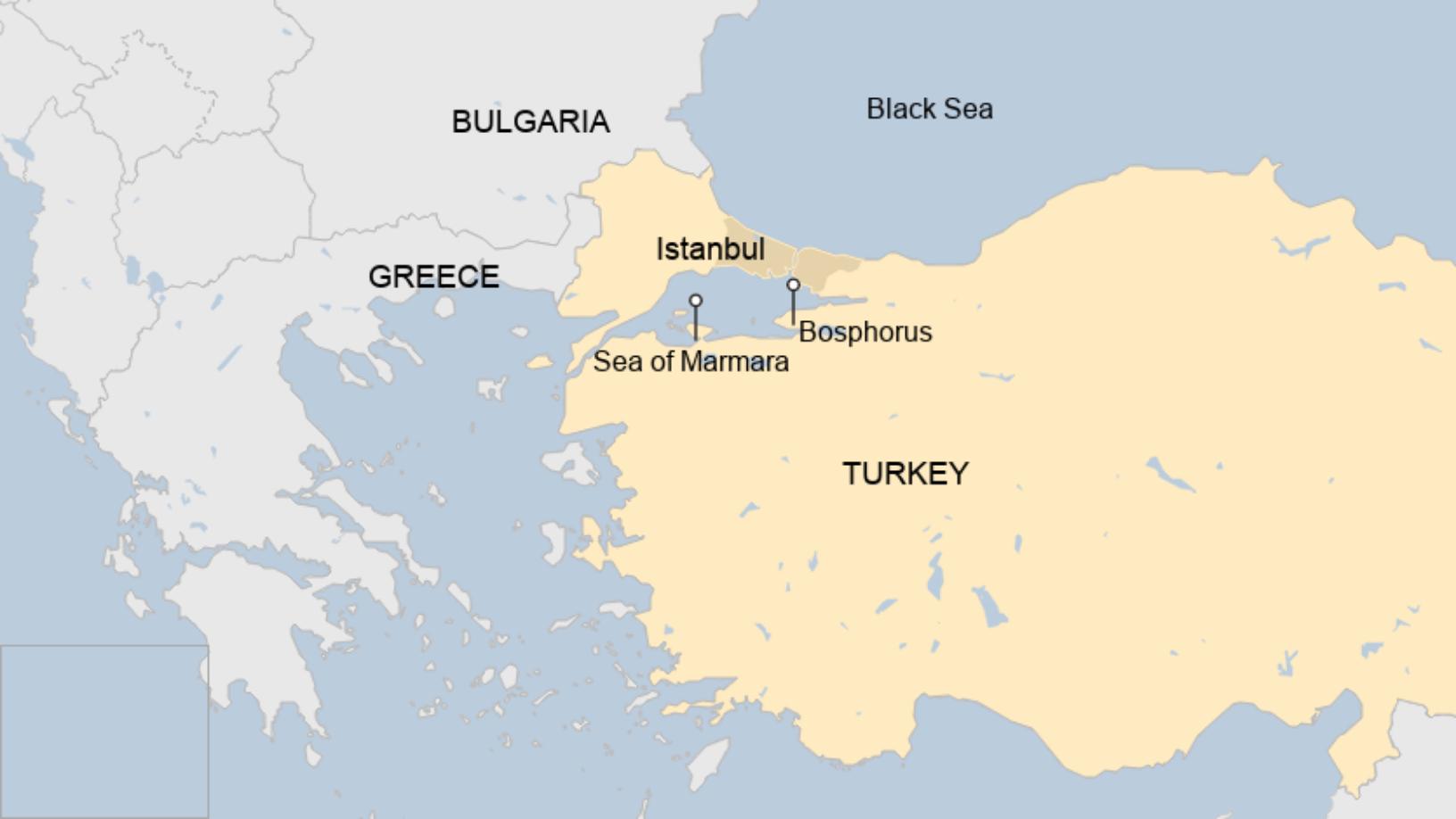 Last month the government approved plans for Canal Istanbul, which is to be about 45km (31 miles) long, running north to south through Istanbul, just west of the Bosphorus.

The retired admirals raised fears that it could undermine the 1936 Montreux Convention, which granted Turkey control over the Bosphorus Strait within its borders, and set limits for commercial and naval shipping there.

They wrote that “any kind of discourse and activity” that could open the convention up for discussion should be avoided, adding that it “best protects Turkish interests”.

The 10 detained include Cem Gurdeniz, often described as the father of a controversial new maritime doctrine known as “Blue Homeland”. It claims Turkish maritime rights in the Eastern Mediterranean, including waters around some Greek islands. Tensions have escalated in the past year, as Turkey is prospecting for oil and gas in the area.

In the secular Turkish republic created by Mustafa Kemal Ataturk the military were seen as guardians of the secular order. But Mr Erdogan, heading the Islamist-rooted AK Party, has curbed the military’s power and appealed to conservative traditionalists.

In 2011 Mr Erdogan said “we are rolling up our sleeves for Canal Istanbul, one of the greatest projects of the centuries, that will outshine the Panama and Suez canals”.

He said the waterway would have a depth of about 25m (82ft) and would allow the daily passage of up to 160 vessels.

Critics have questioned the canal’s projected cost of more than $10bn (£7bn), however. Some argue that Turkey’s struggling economy can ill afford it, that Istanbul needs better earthquake protection, and that the project will create more pollution in the crowded city of more than 15 million.

Some also suspect that property development along the canal route will benefit those connected to Mr Erdogan.

A harsh reality in coal country – with or without Trump

‘It was hard to breathe’: China flood terror as train carriage submerged