A huge search and rescue operation is under way in northern Turkey after flash floods along the Black Sea coast killed at least 31 people.

Kastamonu province is the worst-hit area, accounting for 29 of the deaths. Two others died in Sinop on the coast.

This month Turkey has also had to battle huge wildfires in the south.

Those fires – which are now under control – forced thousands of locals and tourists to flee Marmaris and surrounding areas. Eight people died and more than 100,000 hectares (247,000 acres) of vegetation was devastated.

President Recep Tayyip Erdogan visited Kastamonu on Friday and attended a funeral for some of the flooding victims.

“We will do whatever we can as a state as quickly as we can,” Mr Erdogan said after leading prayers for those who had died.

“We can’t bring back the citizens we lost, but our state has the means and power to compensate those who lost loved ones.”

In the flooded areas, helicopters plucked some people from rooftops while others were rescued by boat.

More than 1,700 people have been evacuated, and as many as 330 villages are now without electricity, after the floods damaged power lines.

Turkey’s latest disaster came in the week that a major UN report warned of more extreme weather events because of human-induced global warming. Flash floods and severe heatwaves are afflicting much of Europe this summer.

Mountainous areas along Turkey’s Black Sea coast are prone to flooding in the summer.

But Interior Minister Suleyman Soylu said on a visit to the area on Thursday “this is the worst flood disaster I have seen”.

In neighbouring Greece, the authorities say widespread wildfires are more controllable now since much-needed rainfall came in the past 48 hours. 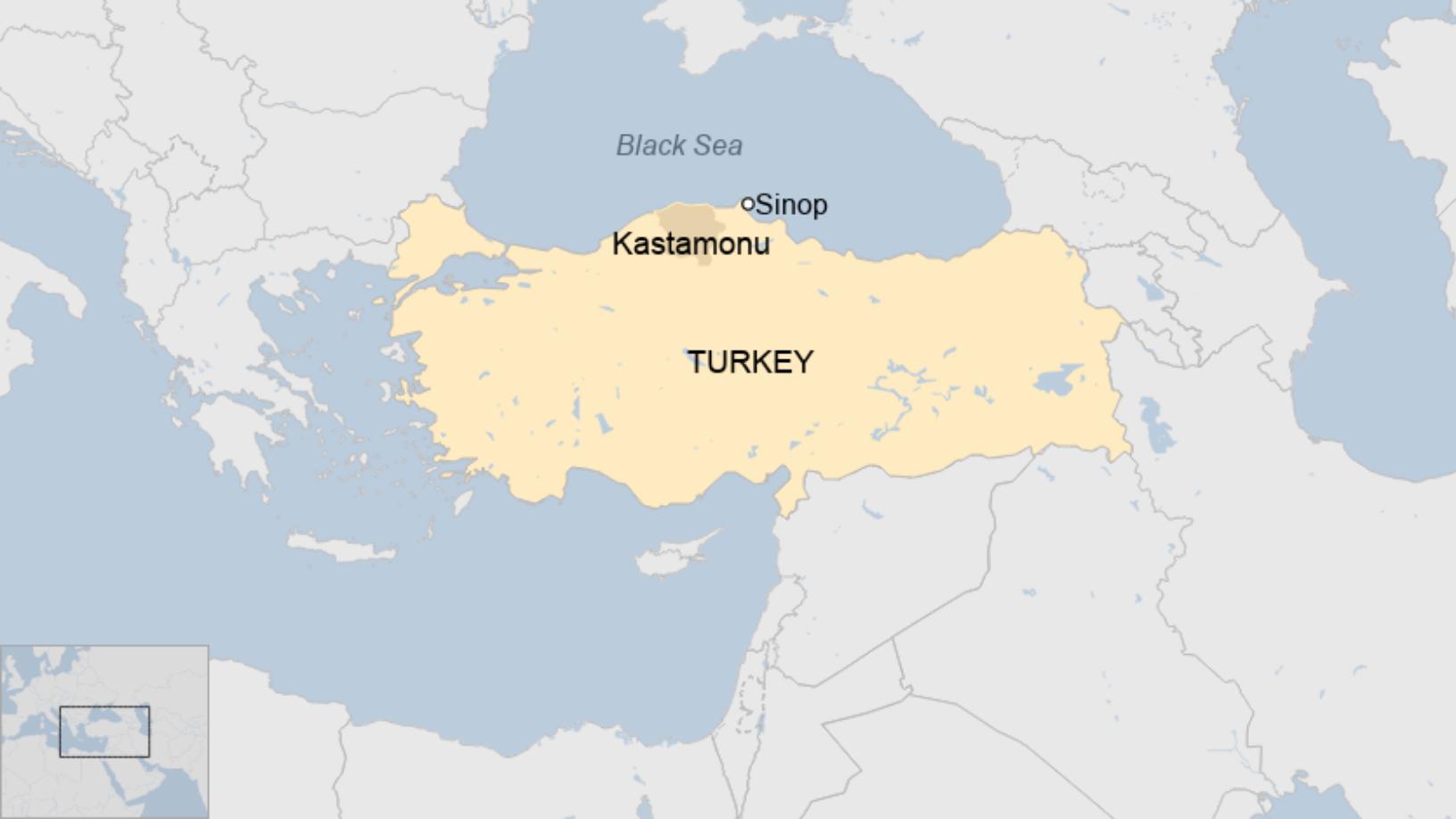