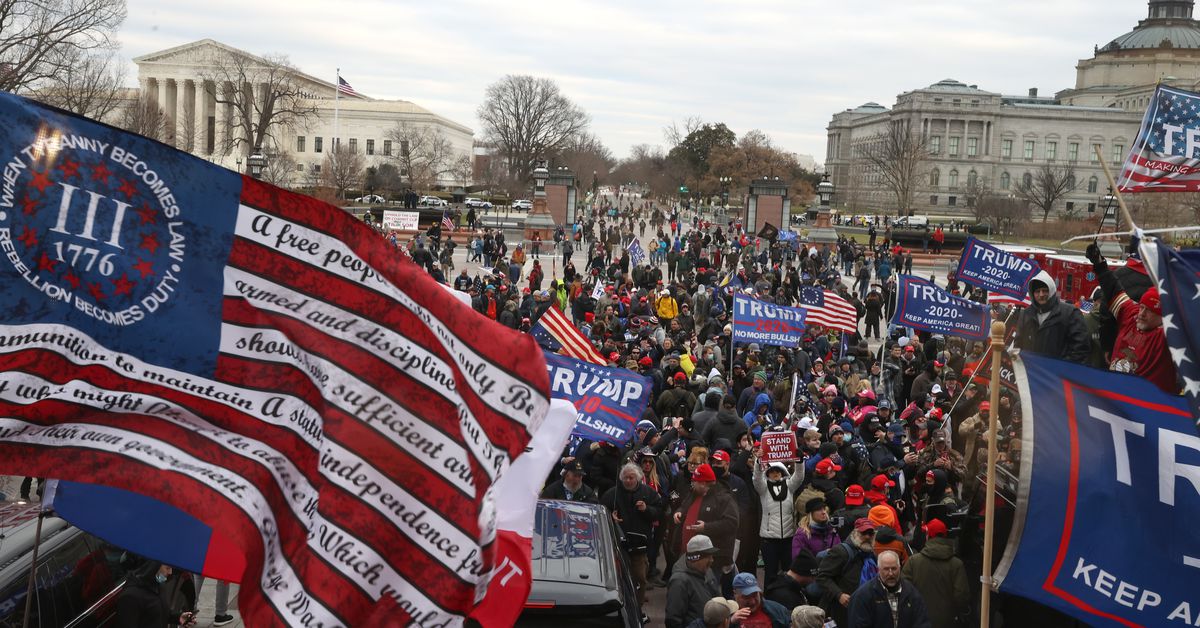 Twitter is locking President Donald Trump’s account for 12 hours after removing three tweets that contained “repeated and severe violations” of its civic integrity policy. It says the account will be permanently suspended if violations continue, and it will not be unlocked unless Trump entirely deletes the three offending tweets. The decision comes after Trump tweeted a video that Twitter said posed a “risk of violence.”

“As a result of the unprecedented and ongoing violent situation in Washington, DC, we have required the removal of three @realDonaldTrump tweets that were posted earlier today for repeated and severe violations of our Civic Integrity policy,” the Twitter Safety account tweeted. “This means that the account of @realDonaldTrump will be locked for 12 hours following the removal of these Tweets. If the Tweets are not removed, the account will remain locked. Future violations of the Twitter Rules, including our Civic Integrity or Violent Threats policies, will result in permanent suspension of the @realDonaldTrump account.”

Future violations of the Twitter Rules, including our Civic Integrity or Violent Threats policies, will result in permanent suspension of the @realDonaldTrump account.

Trump has repeatedly tested the policies of social media networks, but his messages have at times received special treatment because of his status. Twitter restricted, but did not remove, a proclamation that “when the looting starts, the shooting starts” under its rules against glorifying violence. It cited a rule that treats statements from world leaders as particularly noteworthy.

Now, however, Twitter said that the policy was no longer its top priority. “Our public interest policy — which has guided our enforcement action in this area for years — ends where we believe the risk of harm is higher and/or more severe,” Twitter said.

Since Trump’s election loss, the possibility of a ban has loomed online. Twitter confirmed that it would no longer grant his account special status after January 20th at all.

Resentment of social media moderation has driven Trump’s policy agenda, even as his popularity on social media has contributed to his success as a politician. Last year he signed an order undercutting legal protections for apps and websites to punish Facebook, Twitter, and Google for perceived bias against his accounts. He later attempted to block a multibillion-dollar defense spending bill because it did not include a repeal of the aforementioned protections.

Reasons You Need to Know to Opt for Shop Signs