President Trump has criticised plans to expand postal voting in November’s presidential election, tweeting that there is “tremendous potential for voter fraud”.

Mr Trump told the Republican party convention: “We have to be very, very careful”.

But Ellen Weintraub, commissioner of the Federal Election Commission, has said: “There’s simply no basis for the conspiracy theory that voting by mail causes fraud.” 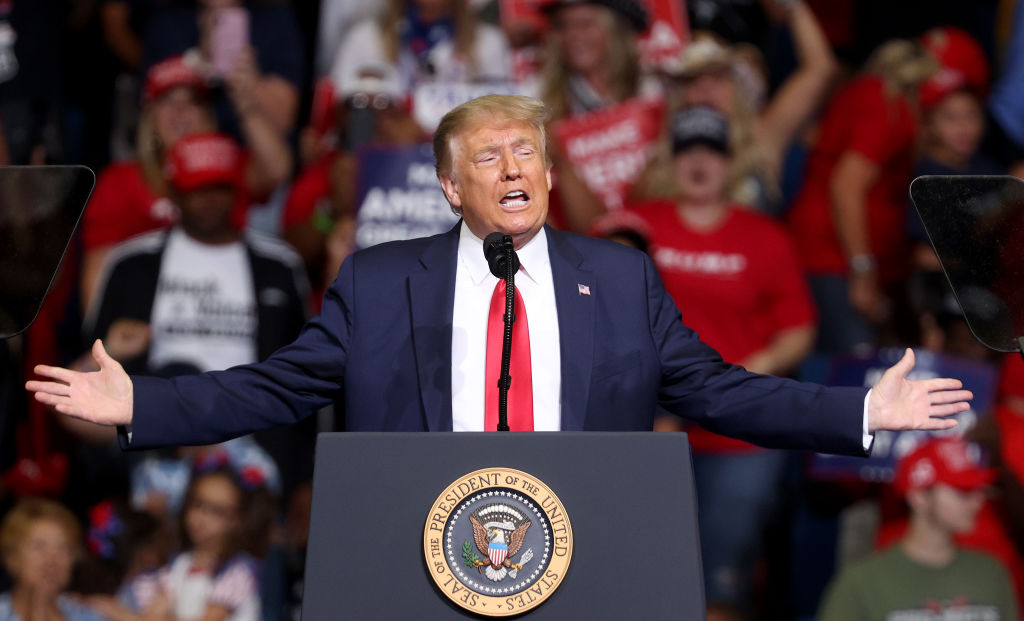 So is there any evidence that postal voting could lead to widespread fraud?

In the 2016 US presidential election, nearly one quarter of votes were cast by post, and that number is expected to rise this time round due to public health concerns over coronavirus.

Individual US states control their own voting rules for federal elections – and many are looking to increase postal voting to prevent large gatherings at polling stations on election day.

These states will automatically send all registered voters postal ballots, which then have to be sent back or dropped off on election day – although some in-person voting is still available in certain limited circumstances.

About half of US states allow any registered voter to vote by post on request.

In the remaining states, you have to have a valid reason for voting by post – such as being over 65, being ill, or being away from the state you are registered to vote in.

President Trump himself has voted by post in the past, such as in Florida’s 2020 primary election as he is a registered voter in the state, but is living elsewhere – in Washington DC.

This type of postal vote is known as an absentee ballot, which Mr Trump has said he is in favour of because he believes it has better safeguards.

What evidence is there of fraud?

President Trump has said: “You get thousands and thousands of people sitting in somebody’s living room, signing ballots all over the place.”

Critics say people could vote more than once via absentee ballots and in person.

But numerous nationwide and state-level studies over the years have not revealed evidence of major, widespread fraud.

There have been isolated cases of postal ballot fraud, such as in the 2018 North Carolina primary, which was re-run after a consultant for the Republican candidate tampered with voting papers.

There was also a case earlier this year in New Jersey which saw two Democratic councillors charged with alleged fraud in relation to postal voting, after hundreds of ballots were found stuffed in a post box.

A Washington Post review of the 2016 election found one proven case of postal voting fraud.

And voter fraud database collated by Arizona State University between 2000 and 2012, found 491 cases of postal ballot fraud out of hundreds of millions of votes.

Oregon has held postal elections since 2000 and has only reported 14 fraudulent votes attempted by mail.

A primary election in New York this June took weeks to determine a winner after poll officials were deluged with 10 times the normal number of mail-in ballots.

In August, election officials said that nearly one in five postal votes had to be disqualified due to arriving late, not having the right postmark or lacking a signature.

But there has been no evidence of widespread fraud, according to the New York Times.

There are provisions in place to prevent people from impersonating voters or stealing ballots – such as authorities checking that ballots have come from voters’ registered address and requiring signatures on envelopes.

President Trump has claimed that the the signature for mail-in voting “doesn’t have to be verified.”

However, most states do specifically compare signatures on the ballot with one on file and all have steps in place to verify postal votes, according to National Public Radio.

Other checks include witness or notarised signatures.

And these are applied to all postal votes (whether requested on absentee or other grounds).

There have been suggestions that an increase in postal voting would help turnout among Democratic voters, but there is no strong evidence that either party would gain an advantage.

The YouTubers who blew the whistle on an anti-vax plot